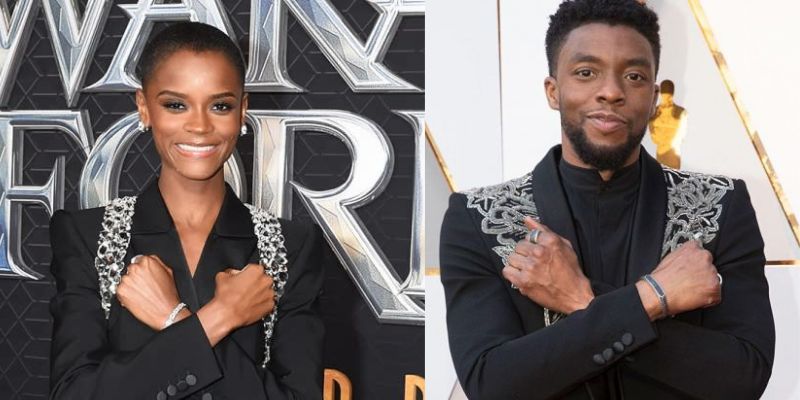 One of the most anticipated movies of the year and in the Marvel Cinematic Universe, the sequel for 2018 Black Panther, titled ‘Black Panther: Wakanda Forever’ is all set to hit the big screens worldwide on November 11, 2022. The much-awaited world premiere of the Ryan Coogler movie took place in Hollywood on October 26, Wednesday.

The director of the movie Ryan Coogler and the cast which includes stars like Letitia Wright, Lupita Nyong’o, Danai Gurira, and many others paid tribute to the late actor Chadick Boseman, who passed away in 2020 due to colon cancer. The Chief of the Marvel Studios said at the event that generation after generation will feel his presence.  Even though the release of the movie is an event of celebration, the absence of the King certainly cast a spell of sorrow over the ceremony.

The first part of the movie released in 2018 starred Chadwick Boseman as the title character of King T’Challa a.k.a the Black Panther. The sudden demise of the actor in 2020 left the entire world in shock and sorrow. Ever since the announcement of the sequel of the movie, fans all over are eagerly waiting for the second part to see how the iconic character played by their star will be brought into the film and also to see who will wear the stunning suit of the Black Panther, following the legend. After the release of the trailer of the movie, there has been speculation that the sister of King T’Challa, Shuri, who is played by actress Letitia Wright will be the one to take up the suit of Black Panther. The trailers have not given much away about the movie, nor has the cast or crew.

The chief of the Marvel Studios, Kevin Feige also shared his thoughts about the demised actor. Kevin stated that even though it was for a short time, he was grateful that they got to work together. Feige said at the event that “I got to have him in my life for the short time that I did. More importantly, he did it at such a young age, such a body of work, that it will last forever. Generation after generation after generation will get to feel his presence.”

Must Read R.I.P.D. 2 Is Coming To Netflix On Next Month!

Along with the members of the original movie, some new faces were also present at the event. The upcoming movie also introduces us to some new characters. The movie will introduce us to Namor, the antagonist of the movie. Namor, who is one of the oldest characters in Marvel comics will be played by Tenoch Huerta Mejia. The movie also marks the debut of Riri Williams in the Marvel Cinematic Universe. Riri Williams who is better known as Iron Heart who is destined to be the spiritual successor of Iron Man is played by actress Dominique Thorne.

Another major announcement was made early Wednesday regarding the music in the movie. It was confirmed by Disney that popular singer Rihanna will sing an original song that was written for the film. The song is titled ‘Lift Me Up’. Rihanna had been on a break from the music industry for the past few years and this song will be her new song after six long years.

The movie Black Panther is never complete without the actor Chadwick Boseman. The audience as well as the crew knows this for a fact. The members of the crew for the film have expressed the difficulties they have gone through to make the sequel of a film that Boseman carried on his shoulders.  Boseman gained international popularity by playing the iconic role of Black Panther in the Marvel Cinematic Universe.

He has appeared in four MCU films which have earned him many accolades. He received an NAACP Image Award and also a Screen Actors Guild Award, both for his outstanding performance in the 2018 movie Black Panther. It was in the anthology series named ‘What if..?’ which streams on Disney+ that Chadwick Boseman gave his last performance as the iconic character of the Black Panther. His contribution to the series was rewarded with a prime-time Emmy Award for his voice-over performance.

Chadwick Boseman was detected with colon cancer in 2016. The actor kept his condition private and he continued to do his job perfectly despite his illness. His final movie was Ma Rainey’s Black Bottom. The movie was released after the death of the actor and it received a positive response from the audience and critics. The movie earned him a nomination at the Academy Awards for Best Actor and also a Golden Globe Award for Best Actor. The actor passed away on August 28, 2020.