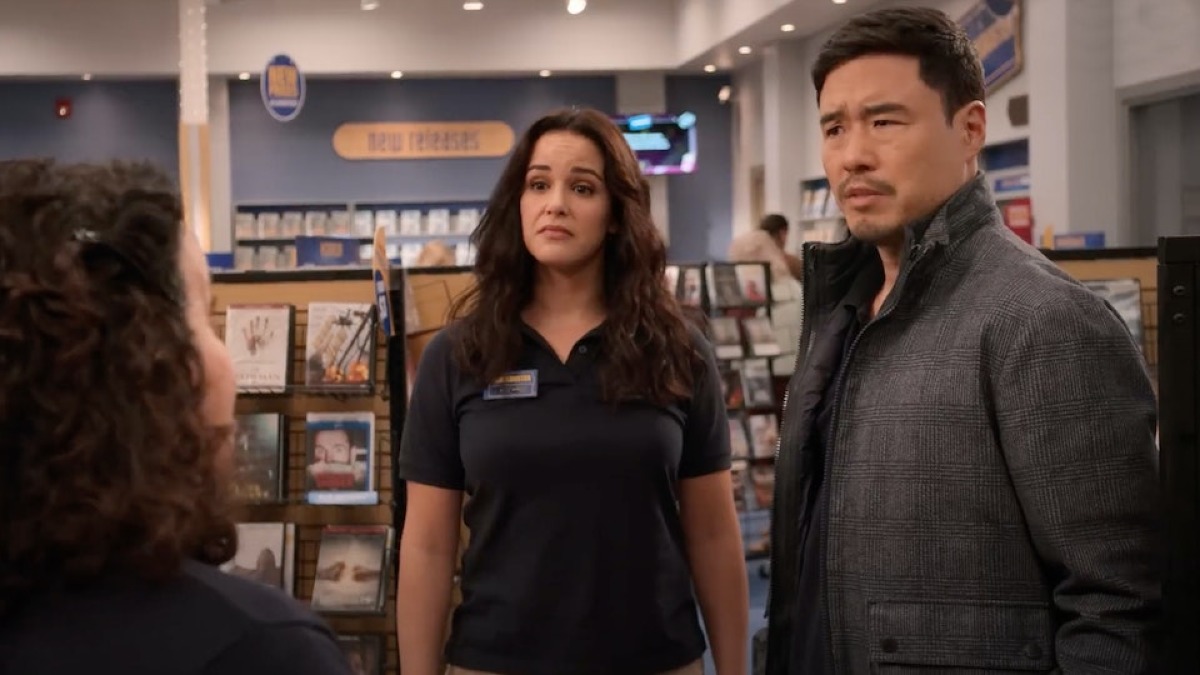 Blockbuster is an upcoming American television series exploring the genre of workplace comedy. The show was created by Vanessa Ramos. She also happens to be the showrunner and the executive producer of the series. The show is known to be based on the Blockbuster brand. The show tries to reveal what it takes for a small business to succeed eventually not just, but it also tells who wins the race for success. The blockbuster release date is officially confirmed.

The show will be released on the online streaming service Netflix on November 3, 2022. The main protagonist of the film is Timmy (who will be played by Randall Park), who will be portrayed as the manager of the Blockbuster Video store.

The United States is the country of origin with English as its original language. Further in this article, we will get to know about the Blockbuster release date, plot, associated streaming platforms, what to expect from the upcoming season, cast members, spoilers, and much more.

Blockbuster Release Date On Netflix Confirm For Next Month!

Filming and production of the show have primarily been done in Vancouver, Canada. The main cast members of the series include Randall Park, Melissa Fumero, Tyler Alvarez, Madeleine Arthur, and Olga Merediz. Blockbuster’s streaming will be done on the online streaming service Netflix on November 3, 2022. As of now, no information has been given as to where the audience might expect to view the series’ episodes except Netflix.

The blockbuster release date is confirmed on November 3, 2022. The show’s first-ever look was revealed during the Netflix is A joke festival which happened on May 5, 2022. The reveal introduced the way the series is presented and a brief description of Fumero and Park’s characters.

The blockbuster plot will feature a comical series centered around a blockbuster show. Gives a major nostalgia to the early 90’s days when it used to be the dream of every kid to visit a blockbuster store, just to watch, buy, and rent any movie or a video game. The workers at the video stores try their best to keep their business floating well in the market.

The staff is also the last standing store in entire America which puts pressure on them to save their business from dying. It will have its equal share of drama and comedy. Their focus is to tell the public that they are operating a business that is providing something which even the big corporations and companies cannot even provide. Timmy Yoon and his co-workers will be working and giving their absolute best to save their store and to bring it in a positive light amongst the audience.

Where To Watch Blockbuster

Blockbuster Cast – Who Plays Main Role In This Series?

Beetlejuice 2 Release Date Confirmed Or Not?

Fans are excited about the upcoming show because it will be a beautiful mixture of drama and comedy. The released trailer and information have managed to gain the interest of the audience. The show is built on a hugely different and unique concept that is most likely to gather a lot of positive reviews from the audience and critics all over the world.

The unique storyline and the fact that the show is trying to point out one of the most characteristic events and part of the early 90s and every kid back then makes it book a lot more promising and interesting. Various Instagram and Twitter posts regarding the show have been making rounds all over the internet and have created a buzz all over the internet.

The trailer has given a great sneak peek into the show’s storyline and what good things might be expected out of it. It is only fair to say that good and amazing things can be expected of it.

What To Expect From Blockbuster

The blockbuster release date is confirmed on 3 November 2022. It is expected that the upcoming series blockbuster will be featuring themes of drama and comedy. The show’s unique theme and storyline make it much more interesting and promising. Fans might expect the show’s lead characters Randall Park and Melissa Fumero to be giving spark to a romantic relationship. Timmy will be giving off his expert advice as to how to coordinate the video store along with its co-workers.

Trying to build a name among the audience and keep the business from falling. He and his co-workers will be trying their absolute best to show the public how different their business is from the other corporate companies because what they are trying to display in the world is the true meaning of feelings and connection.

It is expected that blockbusters will have a deep impact on the audience in an incredibly unique and promising way. The first-ever season of Blockbuster will have a total of ten episodes. And the fans will not have to wait for a long time for the episodes because the directors will be releasing all of them in one go. The show is coming from the directors of Superstore and Brooklyn Nine-Nine, so it is expected that the show will have an amazing storyline and theme since it is coming from the writers of these two superhit shows.

Blockbuster’s complete episode guide has not yet been revealed by the makers of the show. The series will be officially released on the online streaming platform Netflix. It is expected that the show will be dropping all its episodes in just one single go, it will not be following a weekly release pattern.

It is expected that it will have a total of ten episodes with each episode having an average run length of about twenty-four minutes to thirty minutes. All ten episodes will be released on November 3, 2022. Also, the series is primarily made in the English Language, but it will also be available in other dubbed versions as well.

The Blockbuster trailer was released on October 7, 2022. The two-minute and nineteen seconds long trailer opens with a view of the “Blockbuster Video” store, and it also introduces the audience to the show’s main character Timmy attending a phone call and getting to know that around 7 more blockbuster stores have closed down and the one called “Blockbuster Video” is the last one standing on Earth.

The trailer also gives an introduction to the show’s other characters who are also working at the Video store. The entire team of members is working and trying their best to keep the store from dying out. The workers have confidence in Timmy that under his supervision and guidance they will get through everything.

The White Lotus Season 2 Release Date And Everything We Know About The Series!