Joey Defrancesco, the munificent Jazz Organist, saxophonist, and trumpeter of America died on...
HomeMoviesThe School For...

The School For Good and Evil Cast – Complete Guide 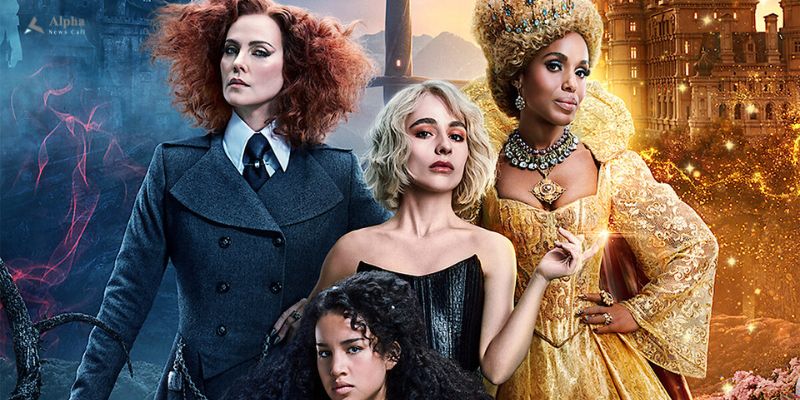 Directed by Paul Feig the new Netflix original film entitled The School for Good and Evil comes up to your screen with an esoteric epic tale of action, adventure, and friendship. This is undoubtedly a fantasy film and the most important part of this movie would be its top-notch cinematography.

The main interesting factor of a fantasy film especially when it entails some spicy but mysterious film is its cinematography having the camera in the hands of John Schwartzman this film would definitely give an amazing visual treat. The film was released on October 19, 2022, and it runs for around 142 minutes. As this is a Netflix original movie it would be so easy to have it to watch since Netflix is a next-to-door member in everyone’s life.

As per sources, before Netflix took the distribution charge, it was said to be Universal Pictures to release the film initially. After its release, the film garnered many critical acclamations for its narrative and storytelling.

The School for Good and Evil Cast

Agatha is an affable homely friend of Sophie. Agatha is a delicate girl who had to endure several tantrums from others and they often call her a witch. Agatha and Sophie are opposite to the core of their character but they are thick as thieves.

Mahli Perry acts as young Agatha where she had to play the childhood role for a brief period of time.

Sophie is a fair-haired and exquisite princess-like girl who befriends Agatha in order to have a friend in need. Sophie is destined to change the world and she is an inquisitive girl who gets excited about things that are beyond our sense organs.

Ella Hehir pulls the role of younger Sophie where a small dainty doll who is interested in esoteric fancy fairytales.

Laurence Fishburne as the School Master

He would be leading the role of SGE schoolmaster as this school entails the center of point everything revolves. As the story moves further this schoolmaster would have to take imperative decisions which further makes the story interesting.

Tedros would be her so-called lover of Sophie. Sophie is smitten by his charm and she considers him her boyfriend. But Tedros being skeptical always have his doubt about Sophie and Agatha always help her to escape them.

Kit Young is in the double role here as he is acting as the twin brothers named Rafal and Rihan who further carries the plot as the twin brothers engage in a friendly duel which later turns out to be pretty weird. And the so-called good brother Rihan senses the finitude of his patience and throws Rafal off a cliff to his death.

Cate Blanchett as the narrator or voice of the story

Every story’s narration is the pillar of strength and Cate Blanchett has given his distinguishing narrative style in this film.

She is one of the important characters in the movie as she is the one who instills thoughtful ideas into the head of Sophie and Agatha as they come to her shop in order to buy some fairytale books.

Stefan is the father of Sophie and he also engages in several scenes where Sophie brings haphazardness. Further details about her father should be known after watching the movie.

She would be the Dean of the SGE school and after things turned pretty upside down Sophie and Agatha searched the professor for a hand.

These are the central characters in the movie which have primary importance related to the plot other characters include, Demi Issac Oviawe as Anadil, Mark Charles as Eric, Kaitlyn Akinpelumi as Dot, Freya Theodara Parks as Hester, Earl Cave as Hort, Briony Scarlett as Reena, Rachel Bloom as Honora (Sophie’s stepmother), Chinenye Ezeudu as Chinen, Rosie Graham as Millicent, Ali Khan as Chaddick, Stephanie Siadatan as Vanessa, Emma Lau as Kiko, Holly Sturton as Beatrix, Alex Cubb as Gregor.

The School For Good and Evil Plot

The story commences when the twin brother Rafal and Rihan starts a friendly duel which later turns out to be a serious issue and unexpectedly things turned surprisingly upside down. Rafal was supposedly the miserable excuse of a sibling and Rihan was the epitome of goodness. But as things turned into jeopardy in order to save the life of Rihan, the good brother throws Rafal off a cliff and he dies.

The narrator introduces a dainty doll who is destined to save and change the world, a princess-like girl named Sophie and she befriends Agatha. Agatha is a girl who is suffering inexplicably from the tantrums and threats from the people who often call her a witch. These two vulnerable girls happen to go to a shop to buy some fairy tale books. Things take the next turn as they let to know about The School of Good and Evil and Sophie decides to make a visit to this school as her next adventure, an escape from her humdrum life Agatha is skeptical about this but Sophie beseech her to accompany her and they both set out their journey.

The rest of the story is on Netflix and indeed a scrumptious visual treat is awaiting all of us. This would be a top-notch visual treat for lovers of action, adventure, and fantasy.