Joey Defrancesco, the munificent Jazz Organist, saxophonist, and trumpeter of America died on...
HomeSeriesThe Legend Of... 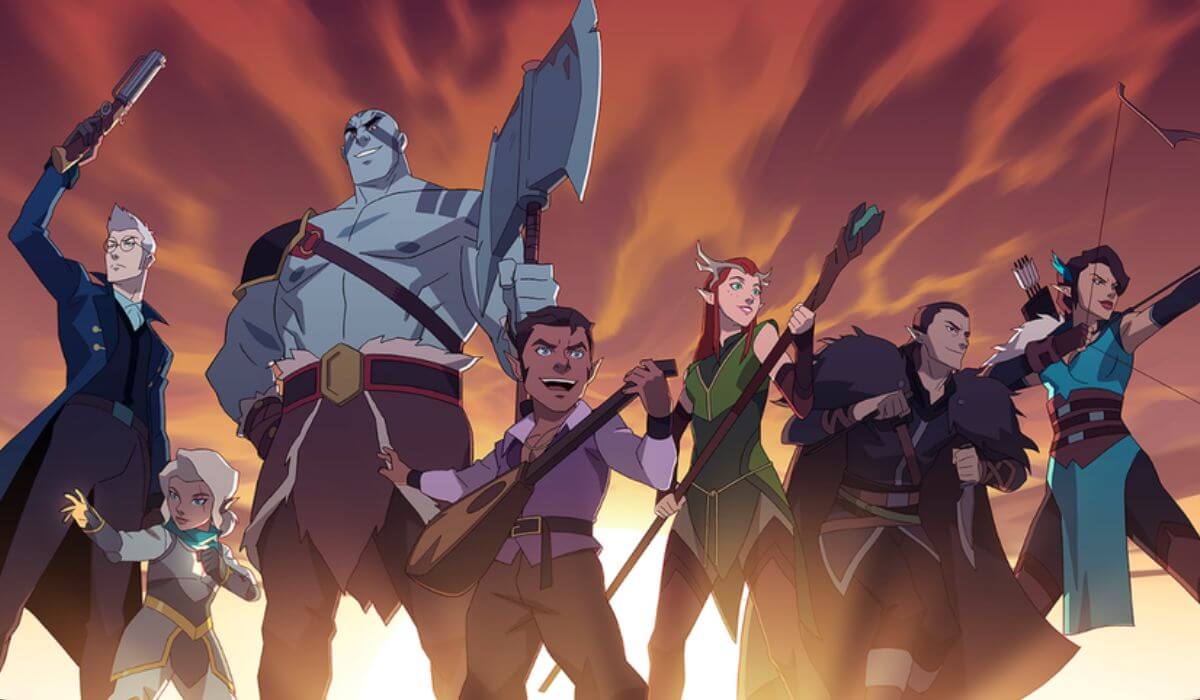 An animated series inspired by Dungeons & Dragons titled The Legend of Vox Machina premiered earlier this year in January. The series revolves around a group of misfit adventurers who are on a quest to save their realm which is called Exandria. The series is inspired by the campaign of one of the web series Dungeon & Dragons, called Critical Role. The first season of the show received a lot of love, and it has been revived for a second season which will be premiering soon.

Further in this article, we will get to know more about The Legend of Vox Machina season 2 plot, release date, spoilers, trailer, where it will be streamed, cast, and more.

About Legend Of Vox Machina Season 2

The Legend of Vox Machina was created by Critical Role and is based on its first campaign. The Dungeon & Dragons-inspired animated series has had a large following since the time it first premiered on January 28, 2022.

The Legend of Vox Machina season 2 release date has not been officially set as of now, but we do know that the new season is going to premiere in the month of January 2023.

When Will Season 2 of “The Legend Of Vox Machina” Air?

The show has also been revived for a third season which is said to be under production and if that follows a similar pattern of release, the audience will be able to watch the third season by January 2024. The adult animated adventure series is developed by Chris Prynoski and Critical Role (also the creator and inspiration).

The original network of the series is Amazon Prime Video, and it is streamed in the English Language. The show has a talented voice cast and most of the cast is revived for the upcoming second season.

The Legend of Vox Machina season 2 plot will pick up from where season 1 left off. Season one of the animated adult fantasy series left the audience with a cliffhanger. The show is set in the realm of Exandria and the first season introduced the adventurers who became the defenders of the realm after they killed a blue dragon.

The Briarwood arc was covered in the first season and the heroes celebrated the defeat of the Briarwood. Season 2 is mostly going to witness a new threat and adventure. The finale ended with the arrival of new beasts which led to a lot of chaos and destruction.

The new season will adapt the Chroma Conclave arc as well as the other Vox Machina story arcs. Hence, we can expect the plot to pick up from here and the audience will be captivated by it.

Where To Watch The Animated Fantasy Series?

The Legend of Vox Machina season 2 streaming will take place on the famous platform Amazon Prime Video which is the original network of the series. The show is also distributed by Amazon Studios, and it is composed by Neal Acree.

The running time of the episodes of the series is 24 to 28 minutes and the original language of the show is English.  The new season will be picking up from where the first season of The Legend of Vox Machina left off and it will have most of its voice actors reprising their roles.

The Legend Of Vox Machina Season 2 Cast: Who’s In It?

The cast of The Legend of Vox Machina includes a bunch of talented voice actors that are listed below.

• Marisha Ray voices the character of Keyleth of the Air Ashari.

The Legend of Vox Machina season 2 cast is going to include most of its main characters along with their original voice actors like Laura Bailey, Taliesen Jaffe, Liam O’Brien, Ashley Johnson, Sam Riegel, Travis Willingham, and more. The second season is also going to include new characters, but the voice actors have not been confirmed yet. The list will be updated once there is more information about the same.

The Legend of Vox Machina season 2 spoilers have created hype among the audience, and they have taken to social media to express their feelings toward the series. The fans appreciated the first season and have expressed that the plot of the series has managed to grab their attention and keep them engrossed.

They are delighted to know that the show has been revived for the 2nd season as well as a third. The viewers have also appreciated the dragons’ designs and said that the second season looks intriguing and promising. The audience is looking forward to seeing more dragon fights in the upcoming new season.

What To Expect From Legend Of Vox Machina Season 2?

New characters are expected to be introduced that will add to the twists in the plot and overall, the audience can expect to be thoroughly entertained by the upcoming season.

Any Episode Guide For Is The Legend Of Vox Machina Season 2?

The Legend of Vox Machina season 2 episodes guide has not been released as of now, but we do know that the series is expected to have 12 episodes like the previous season. The new season will be premiering soon on Amazon Prime Video in the month of January 2023.

Is The Legend Of Vox Machina Season 2 Trailer Out?

The Legend of Vox Machina season 2 trailer has not been released but a small clip of the first look was released recently which gives us a glimpse of what the new season is going to bring to the table.

The clip begins with the entry of dragons and the atmosphere becomes intense. A character can be heard saying that he suddenly feels over-dressed. This hints at a celebration being interrupted. As the clipping continues, the characters are seen panicking and havoc is created. Help is called for and the dragons can be seen creating more destruction.