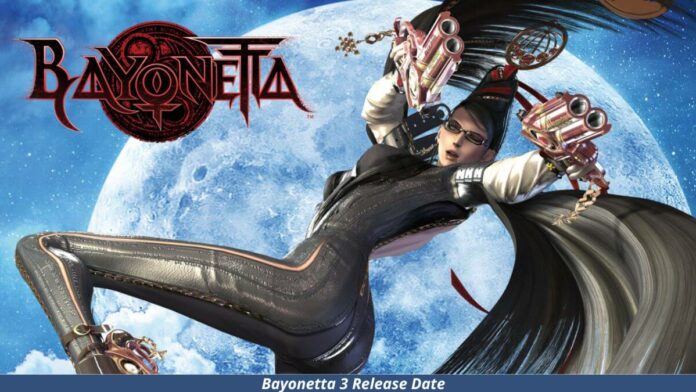 Bayonetta’s main character is a witch with amnesia and fights to save the world. Hideki Kamiya is the creator of Bayonetta and the game was published by Sega. Further in this article, we will get to know more about Bayonetta 3 release date, its cast, modes, and much more.

The game series Bayonetta takes place in a fictional city in Europe which is called Vigrid. The series has had two successful parts and the gamers are excited for the launch of its third part. The game’s title is the same as its main character’s name who is witch capable of changing forms and dangerous firearms. She has the power to make magical attacks on the enemies and can also summon demons with the help of her hair.

The game also has a grading system that grades the player based on their performance. The famous game series also has a combat system that resembles another game series called “Devil May Cry”. Bayonetta 3 is going to be exclusively made for Nintendo witch users and the release date of the game is set to be October 28, 2022.

Bayonetta 3 release date is officially set to be on October 28, 2022, on the Nintendo Switch. The game series is going to include some new additions in its third part. One such addition is the introduction of a family-friendly mode.

Bayonetta 3 trailer was also released a while back on September 23, 2021, which gave the audience a glimpse of what the new part of the game was going to bring to the table. It is going to be a game full of action and adventure just like its previous parts and will also include new additions and modes.

Bayonetta 3 plot revolves around its protagonist who is a witch who uses her skillful combat techniques to fight enemies. She goes into a special state which is called “Witch Time” while she dodges enemy attacks. During this state, time, as well as the enemies, slow down which lets Bayonetta attack her enemies without any interruption.

This new part of the game is going to include new mechanics called the “Demon Slave” and Demon Masquerade”. The “Demon Slave” will allow the players to take direct control over the main character’s Infernal demons. The players will be able to perform various attacks and showcase special abilities by having the power to control the demons.

The “Demon Masquerade” will allow Bayonetta to fuse with the Infernal Demon enabling her to have magic-based abilities. Bayonetta 3 is also going to introduce a new family-friendly mode which will be called the “Naïve Angel Mode” that will not have nudity and other content that some users may find inappropriate.

Where To Watch Bayonetta 3?

However, Bayonetta 3 streaming will exclusively take place on the Nintendo Switch. The game is being developed by PlatinumGames and the publisher is going to be Nintendo, hence this game won’t be available on other platforms like PS5 or the Xbox series, etc.

The Nintendo Switch users will have full access to Bayonetta 3 on October 28, 2022. The gap between the previous part and this upcoming part has been significantly large and hence the gamers are very excited for Bayonetta 3.

Bayonetta 3 is most likely to revive all its original characters.

The Talk On Social Media About Bayonetta 3

The official announcement of the Bayonetta 3 release date ended the long wait of the fans. The fans took to social media to express that the Bayonetta 3’s announcement was done too early since it took the creators very long to actually release the game.

The audience also asked for another Lumen Sage and hopes that Bayonetta has a different hairstyle in this game. The gamers and audience are extremely excited for Bayonetta 3 since they really had a good time playing the previous parts.

What To Expect From Bayonetta 3?

Since Bayonetta 1 and 2 received significant success and recognition it is only fair that expect great things from Bayonetta 3 as well. we can expect to see the main character in a new ensemble at the least and as mentioned earlier, new mechanics are also being introduced in this part of the famous game series. The theme of the game this time is melancholic and is going to take place in an alternate universe which will be a different version of Purgatorio.

There will be sexual content present in this game but it will not be as prominent as in the previous parts and there is also a family-friendly mode introduced in this part which will conceal the inappropriate content that some users have found in the past. We can definitely expect a great amount of action and entertainment from this adventure game series.

Bayonetta 3 trailer seems to be very promising. It reveals the identity of Viola who is a swordsperson who happens to be training to be an Umbra Witch. A new Bayonetta is also revealed who is able to work better with her magic. The players will also be allowed to play as Viola in some parts of the game.

Viola is also seen asking Bayonetta to meet Sigurd who is a scientist. Luka is also seen recognizing Viola but we don’t understand what the connection between the characters could be. It is also suggested by the trailer that Bayonetta might have the ability to travel between universes since the scientist Sigurd mentions the Alphaverse. All in all, the trailer gives us a glimpse of what the game is going to include, and a link to the same is given below.