Joey Defrancesco, the munificent Jazz Organist, saxophonist, and trumpeter of America died on...
HomeEntertainmentKaguya-sama: Love Is...

Kaguya-sama: Love Is War Season 3 Released! All The Updates 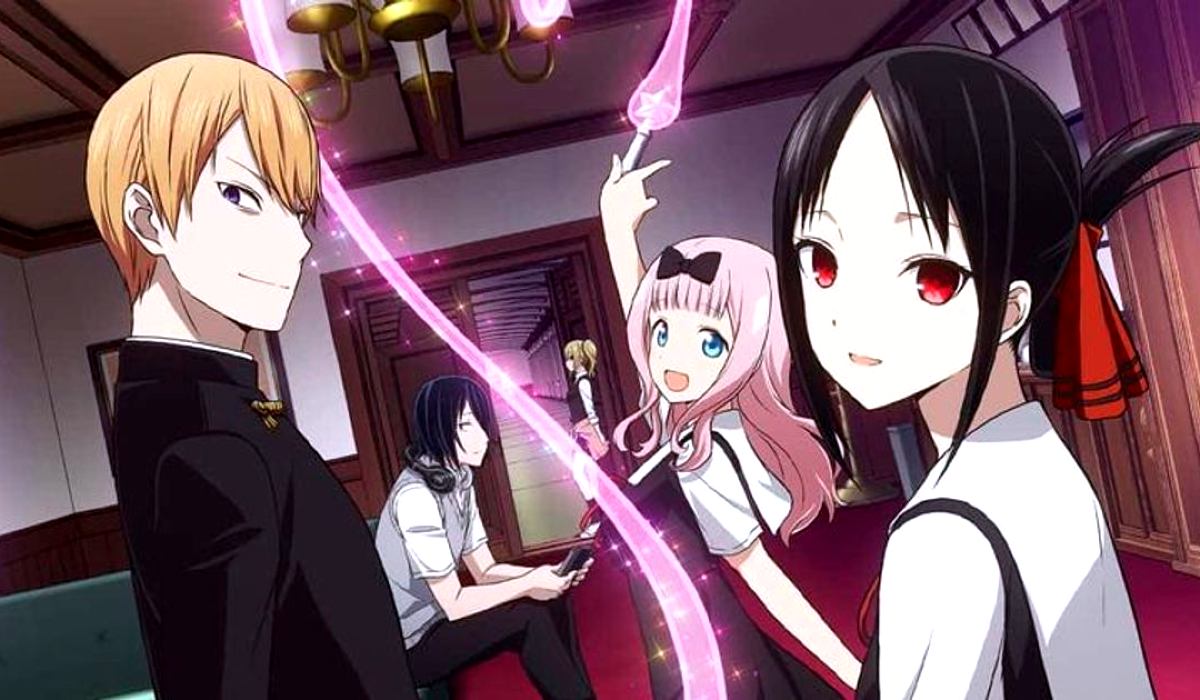 “Kaguya-sama: Love is War” is based on the best-selling manga of the same name, which was ninth on the list of top-selling volumes in Japan for 2019. Since then, the show has become a hit with both Japanese and English-speaking fans. The first and second seasons of the series, which include epic cartoon fights of passion to represent Kaguya Shinomiya and Miyuki Shirogane’s courtship, have been acknowledged by Crunchyroll’s Anime Awards event, with Season 2 even winning Best Comedy in 2021.

Season 3 has looked like a foregone conclusion to fans of the show, given the immense popularity of the source material, the anime’s ongoing critical acclaim, and the amount of story left in the saga. While A-1 Pictures has stated that more episodes are on the way, viewers are still unsure when they may expect the next installment.

Here’s everything you need to know about “Kaguya-sama: Love is War” Season 3.

Fans of “Kaguya-sama: Love is War” got the news they were hoping for when the series’ official Twitter account revealed that Season 3 would be released on October 25, 2020, via Funimation. However, there have been no updates since that announcement but the Kaguya-sama: Love Is War Season 3 got released on April 9.

In May 2018, Anime News Network originally reported on the announcement of a “Kaguya-sama: Love is War” anime. No release date was mentioned, as was the case with the Season 3 announcement, however, the series premiered seven months later, in June 2019. Season 2 was confirmed in October 2019 and premiered in Japan seven months later, in April 2020, according to Anime News Network.

The third season of the show premiered on April 9, 2022, seven months after the announcement of the new season just like the second season.

The main character Kaguya is voiced by Alexis Tipton, while her romantic interest and occasional opponent, Miyuki, is performed by Aaron Dismuke. Jad Saxton reprises his role as Kaguya’s associate Chika, while Austin Tindle reprises his role as Yu, the reclusive underclassman with a striking emo hairstyle.

Amanda Lee, who also acts as the singer AmaLee, repeats her role as Kaguya’s long-time personal assistant Ai, while Bryn Apprill reprises her role as her personal confidant Nagisa. Ian Sinclair, who plays the show’s narrator, and Brandon McInnis, who plays Tsubasa, also known as Kashiwagi’s lover, round out the planned English dub cast.

While “Kaguya-sama: Love is War” stays mostly true to the original manga, it does so in a fashion that follows the story’s chronological events rather than the sequence in which the source material presents them.

This is due to the manga’s numerous flashbacks to specific events in Kaguya’s and other characters’ pasts, which are subsequently incorporated into the anime for a more linear narrative. On Reddit, one fan even made a handy graph showing which chapters are included in which Seasons 1 and 2 episodes.

Chapters 100 and 101, which feature the “Cell Phone Arc,” were the final major sections of the manga that Season 2 addressed. As a result, fans may expect to see events like Chapter 105’s midterm examinations, Chapter 108’s rap battle, and possibly even the multiple Christmas parties featured in Chapters 149 to 156 shown in Season 3, along with plenty of additional storylines thrown in for good measure.