Joey Defrancesco, the munificent Jazz Organist, saxophonist, and trumpeter of America died on...
HomeNewsWho Is Shari...

Who Is Shari Dahmer? Where Is Jeffrey Dahmer’s Stepmother Shari Now? 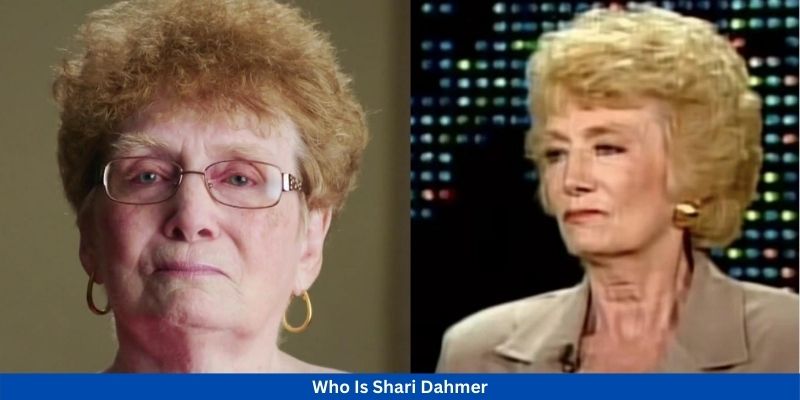 It is evident how much Netflix’s new true crime drama, Monster: The Jeffrey Dahmer Story has been affecting us as we are in search of connecting the damn dots between the gaps, which the series creator, Ryan Murphy has knowingly left for us to fill.

Although the title of the limited series might make you misjudge the series to think it is all about the killer and his pleasure, in reality, the team behind the drama has altered the narrative to the perspective of America’s notorious serial killer’s victims.

Besides talking about the ruthless style of killing followed by the Milwaukee Monster, the 10 episodes were split in such a way that they detailed his victims including Tony Hughes- a deaf and a mute guy, and Ronald Flowers- who tried to report the incident, Tracy Edwards- the only survivor in the entire case, Lionel Dahmer– Jeffrey Dahmer’s father, Christopher Scraver– the fellow prison inmate who ultimately murdered the monstrous Jeffrey Dahmer and even about Jesse Anderson- a man who was killed along with Jeffrey Dahmer by Scarver.

Who is Shari Dahmer?

Shari Dahmer has previously stated her concern regarding being partially responsible for her son’s spree of killing, on the TV program “Dahmer on Dahmer”.

The Netflix series, Monster: The Jeffrey Dahmer Story released on September 23, 2022, and actress Molly Ringwald plays the role of Sahri Dahmer. It delves deep into Dahmer’s life and even shines on certain gruesome stories leading to his dirty crimes.

Although Shari Dahmer does not have much involvement in the plot, the series has presented her in a way that is neither short nor deep. Without further ado, keep reading to discover more about Jeffrey Dahmer’s stepmother, Shari Dahmer.

Following the divorce of the estranged couple, Lionel Dahmer and his ex-wife, Joyce Flint, who was a hypochondriac, Lionel married Shari in 1978. Since the court ordered Lionel to keep possession of the house where the family lived until the final settlement, he had to live there alone. It was from the same house that Shari and Lionel first met each other.

At the time, Jeffrey Dahmer was only 18 and was vulnerable according to Shari Dahmer who disclosed it in the Oxygen documentary. She often wanted to “mother” him as he was visibly missing his mother, who had to leave the space with his younger brother, following the divorce.

“What I and most of the people wanted to do was to mother him. He was vulnerable and as a mother, you sense those things”, she said.

In an exclusive interview with Larry King in 2004, Shari Dahmer was determined to speak about Jeffrey Dahmer’s mental condition after his parents parted ways, finally leading his mother to leave the house.
Shari Dahmer said, “ he didn’t want his friends to know that his parents were divorced as he was embarrassed and ashamed of it”.

“When Jeffrey’s mother left, he became very much lonely, leading to his first murder.”

Jeffrey Dahmer, who wasn’t a drunkard initially, began to sink into alcohol at a point in time and Shari Dahmer revealed that she had noticed it early on. She also recalled an incident when she saw Dahmer being inebriated on the bed.

Must Read Who is David Dahmer? Where is He Now?

According to Shari Dahmer , the only thing that alerted her of her stepson was that he was the “closest alcoholic”. Apart from that, there was nearly nothing that flagged Shari Dahmer about a much deeper and darker side underneath.

She, along with Lionel, her husband, used to make a sudden visit to Dahmer’s Milwaukee apartment, which to her surprise was kept perfectly clean and spotless.

In 2004, Shari Dahmer made an appearance on Larry King Live with Lionel Dahmer, 10 years after the murder of their son, Jeffrey Dahmer, who was brutally beaten to death by Scarver. In the show, they were confident to share their weird experience while raising a killer.

When asked about why they were suddenly willing to face the camera, the couple revealed that they wanted to help others. “ It would be a blessing if we are able to stop another Jeff. It has not been that easy and neither anyone allows us to forget it,” Shari Dahmer said at the time.

“We must definitely look into what and why he has done it, so if we realize more about Jeff, then we might help prevent the budding monsters in others,” she added.

Shari Dahmer also invited tabloid attention to the fact that her husband and she were using the last name, Dahmer, even after it being a symbol of darkness since it is associated with Jeffrey.

“I have no reason to deny my identity and we didn’t do anything wrong either. I’m still proud of my name and I still use it in the business world,” Shari Dahmer professed.

Where is Shari Dahmer now?

Reportedly, Shari Dahmer, 81, is still living with Lionel Dahmer, in Seville, Ohio. Shari Dahmer disclosed in a rare interview that all she had for her son was not sympathy, only empathy. However, She and her husband were constantly with Dahmer throughout the trial. Apparently, the family was in touch until Scarver finally decided to murder America’s most notorious killer, who took the lives of 17 victims, dismembered them, and kept souvenirs of their genitals and skulls.

According to Shari Dahmer, her stepson was mentally weak and a part of him was already dead years ago.