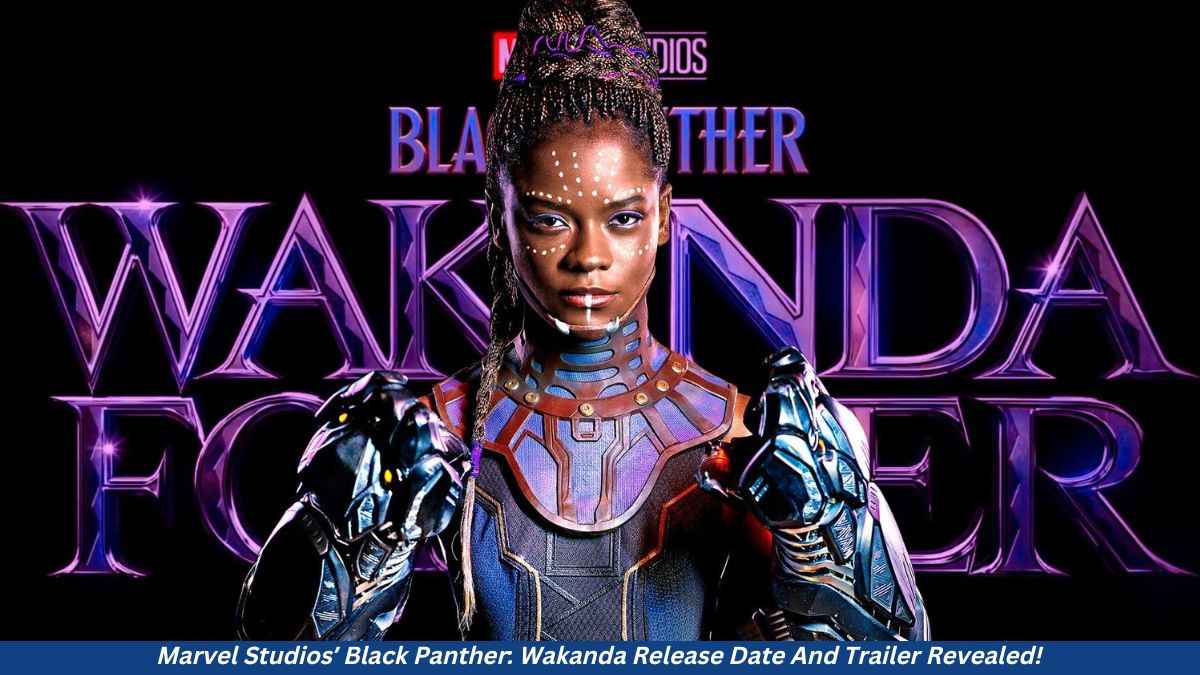 The movie is going to be without the protagonist of the first part, Chadwick Boseman due to his sad demise, and the new film will definitely miss his exceptional presence. The plot of the upcoming sequel will witness the consequences of T’Challa’s absence and how the rest of the people of Wakanda will try to save their kingdom.

The production company of the film is Marvel Studios and its distribution is done by Walt Disney Studios Motion Pictures. Black Panther Wakanda Forever plot is going to revolve around the consequences of Tchalla’s death and how the people of Wakanda will try and protect their kingdom.

The Black Panther Wakanda Forever release date has been officially announced and the film is going to be released soon on November 11, 2022. This upcoming Marvel film will reveal who the new Black Panther could be or if there actually will be a new Black Panther or not.

As mentioned earlier, the Black Panther Wakanda Forever release date has been announced and the film is going to be available for the audience to watch on November 11, 2022.

Black Panther Wakanda Forever filming was concluded in March 2022. The nation of Wakanda is now more vulnerable after the loss of its King. The characters of Shuri, M’Baku, Okoye, and the Dora Milaje have the duty to protect their kingdom. World powers are trying to attack the kingdom which will eventually lead to a lot of chaos.

Black Panther Wakanda Forever plot will witness the emergence of a mysterious Mexican Civilization that rises from the depths of the sea. The heroes and leaders of Wakanda must do everything in their power to keep their kingdom safe.

Black Panther Wakanda Forever plot is responsible for explaining why T’Challa is missing. According to reports, the new film will show that he died from an illness and his funeral will be wrapped up at the beginning of the film itself.

The film’s main premise is that the leaders of Wakanda will have to protect their nature in the absence of their leader T’Challa better known as Black Panther. The main question that arises for the film’s plot here is who will be the new Black Panther instead of T’Challa?

There are a few contenders who have been considered for this role. The most probable choice for this role is Shuri, T’Challa’s little sister. She can also be seen in the same pose as her brother which has sparked speculations.

It is also rumored that Shuri is going to pass this responsibility to M’Baku and will train him for the same. If that happens M’Baku will become the next King of Wakanda. Other characters that could be up for this role are Killmonger and Nakia.

When Will ‘Black Panther: Wakanda Forever’ Stream On Disney+?

Black Panther Wakanda Forever is going to be the concluding film of Phase 4 of the Marvel Cinematic Universe and it is also the last Marvel film that is going to be released in the year 2022.

The sequel of Black Panther is produced by Kevin Feige and Nate Moore and the running time of the film is 161 minutes and it is going to be available in the English language.

The original cast of the film is listed below.

• Michael B. Jordan played the character of N’Jadaka or Erik “Killmonger Stevens.

• Lupita Nyong’o has played the character of Nakia.

• Martin Freeman has played the character of Everett K. Ross.

• Andy Serkis has played the character of Ulysses Klaue.

The Talk On Social Media About Black Panther Wakanda Forever

The second part of Black Panther has the subtitle Wakanda Forever and the film has already managed to grab the attention of a large audience.

The audience has expressed that they are here because of Chadwick Boseman and how the second part isn’t going to have the same essence as it did when T’Challa was alive.

The second part is not only a tribute but will also carry on the legacy of T’Challa who was wonderfully played by the late actor Boseman.

The audience is impressed with the Black Panther Wakanda Forever spoilers and is eagerly looking forward to seeing the film.

What To Expect From Black Panther Wakanda Forever?

Black Panther Wakanda Forever is going to be the last film of Phase 4 and it will be an emotional experience as we no longer have Chadwick Boseman who played the character of Black Panther, the king, and protector of Wakanda.

The audience whilst being entertained will feel like something is missing but the Black Panther Wakanda Forever spoilers have suggested that the viewers will get some sort of closure from T’Challa’s death.

ince the first part received a lot of positive reviews, it is only fair that the audience expects good things from the second part as well even though the main character is no more. We can expect the film to be full of action and we will also find out who the new potential Black Panther is.

Black Panther Wakanda Forever trailer was released in the form of a small teaser which managed to give the audience the jitters. The trailer begins with clippings of the characters of Wakanda while a version of Bob Marley’s song No Woman No Cry is playing in the background.

The start of the teaser is calm and mellow and as it continues the intensity grows as we see Wakanda in some sort of trouble. Armed men in uniforms with guns are seen while the people are helpless and on their knees.

Queen Ramonda can be heard making a powerful and sad statement. Chaos prevails and we see the characters in action.