Joey Defrancesco, the munificent Jazz Organist, saxophonist, and trumpeter of America died on...
HomeNewsGoldie Hawn and... 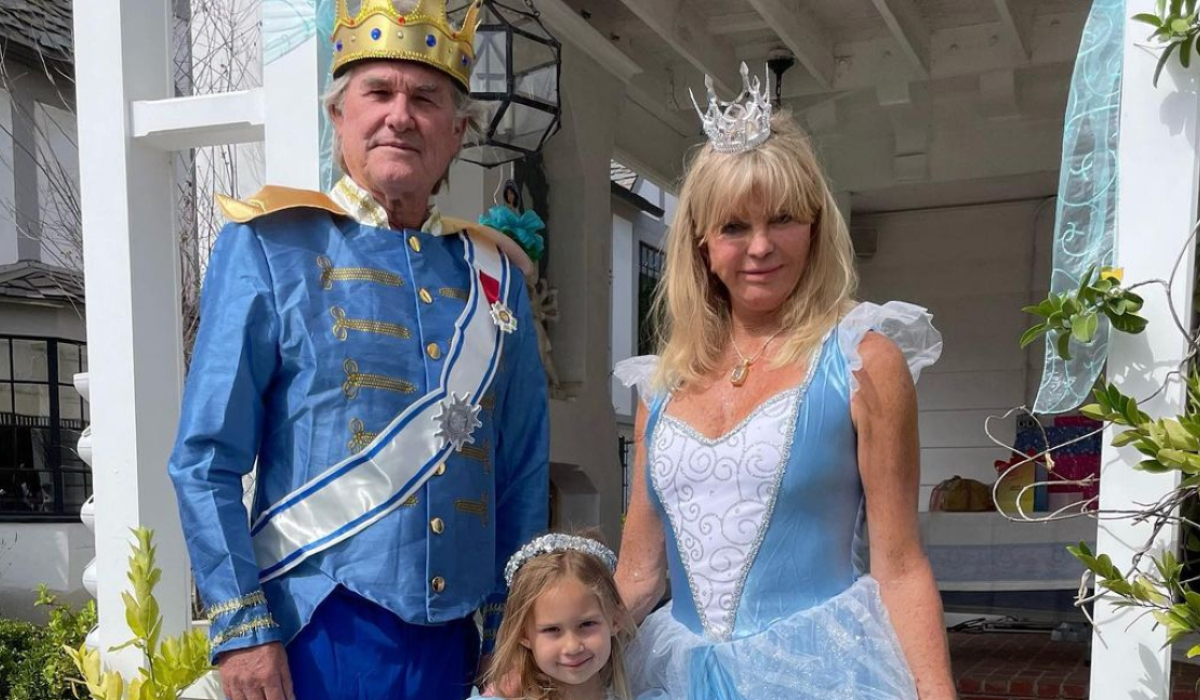 As they were celebrating this cutest girl’s fourth birthday the grandparents decided to make the party more vibrant by deciding to be astounding superstar grandparents wearing everyone’s fairy tale characters Cinderella and Prince Charming.

Goldie Hawn cutely known to her grandkids as Glamma shared a photo on her Instagram with an adorable caption. The photo is indeed refreshing to the eyes as it is evidently displayed their love towards Little Rani. Goldie Hawn captioned this photo “Happy 4th birthday our precious Rani Rose. You are the real queen! I will take a lady in waiting every day as long as the prince is always beside me! WE LOVE YOU!!!

One of the most highly acclaimed couples of all time has made an amazing attempt by being the fairytale character and this has been indeed enrapturing and delightful to their followers on Instagram. Goldie Hawn and Kurt Russell wore blue dresses matching each three. Their appearance was the central theme in that event Cinderella and Prince Charming was the cynosure of the birthday party.

Their Instagram followers were immensely happy to see the post shared by Goldie Hawn and one among her followers commented as “the world’s best grandparents”. And this single comment gained a lot of likes and everyone concurred with this comment. From these sorts of gestures, we all could infer how much the Little Rani Rose means to this couple. Their family is leading a serene life built with the strongest pillars of love and care for each other and this would be the reason for their innovative birthday party.

Now the modern family includes Goldie Hawn’s children Kate and Oliver. Goldie Hawn was married to Bill Hudson and they both have two children.  Kurt Russell also had an early broken marriage with Season Hubley and they had a son named Boston. Goldie Hawn and Kurt Russell have a son named Wyatt who is an amazing actor who played in The Falcon and the Winter Soldier.

Albeit they are living like a whole bunch of modern family, Goldie Hawn, and Kurt Russell has not yet married and still, they are leading profusely wonder life with their bunch of sweethearts. They both don’t abide by this marriage institution and they are leading a way too modern life by enjoying it to the fullest. In 2020, the cutest couple who has escaped from the clutches of old age told CBS’s Tracy Smith that, there is “no secret” to their resplendent romance. Goldie Hawn said that their journey together as a never-married couple hasn’t always been smooth sailing but they together swam across the tides with volition to live happily.

Must Read Who is David Dahmer? Where is He Now?

Goldie Hawn stated that “ You both want to be together, you have got to want to be together. You can actually survive a relationship in a way that when you get older you go, I am so glad I got through whatever period that was. Relationships go through periods, sometimes really hard times. But there is nothing sweeter than having a family, and that is worth everything”. These words are truly inspiring and Goldie Hawn showed how we can survive the impediments if we have the strongest family beside us.

The way to look still younger and charming at the age of 76 for Goldie Hawn is not always playing dress-up. Recently Goldie Hawn shared a video with her son Oliver Hudson we can see how fervently Hawn is bouncing away on a mini trampoline.

This resplendent cute couple of all time have been holding their hands for the past 40 years and their token of love is the actor Wyatt Russell. Undoubtedly Goldie Hawn and Kurt Russell are one of Hollywood’s favorite couples. They have been often beautifully pictured together, all welled up with love in their eyes on the red carpet.

Once Goldie Hawn was asked a question about her relationship status with Kurt Russell and why they haven’t decided to get married and she vehemently stated her perspective that “ I would have been long divorced if I had been married. Marriage is an interesting psychological thing. If you need to feel bound to someone, then it’s important to be married. If you have independence, if you have enough money and a sense of independence and you like your independence, there is something psychological about not being married because it gives you the freedom to make decisions one way or the other”.