Joey Defrancesco, the munificent Jazz Organist, saxophonist, and trumpeter of America died on...
HomemovieEmpire Of Light... 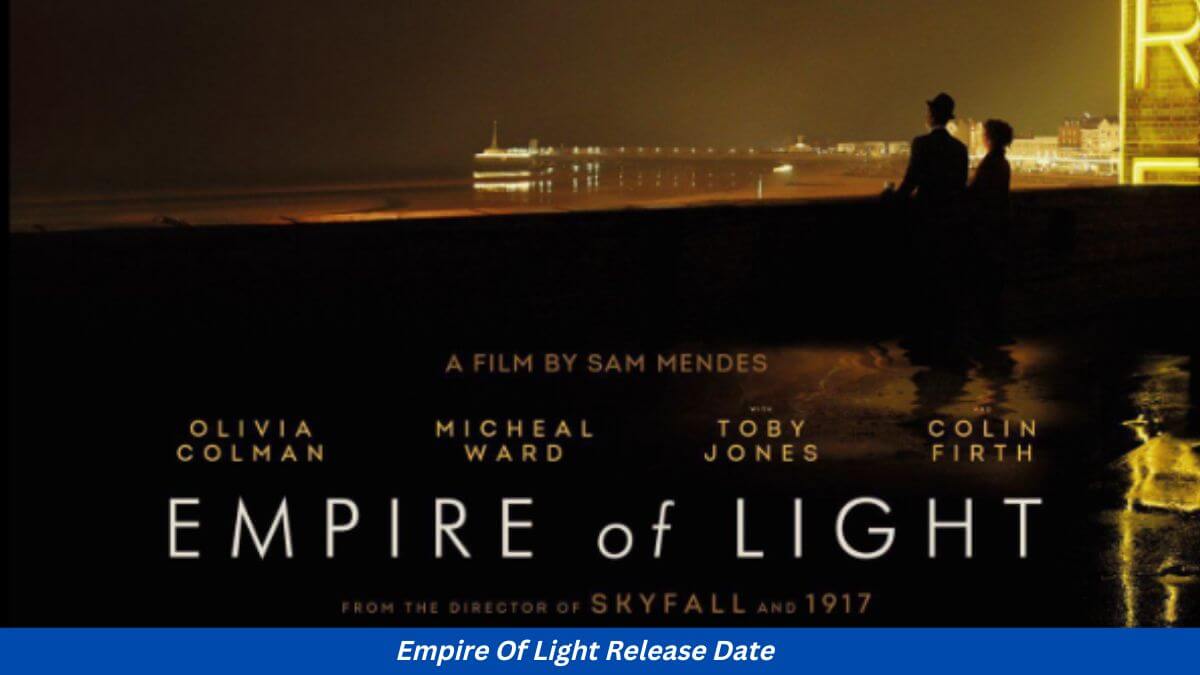 An upcoming film titled Empire of Light has already made its premiere at the Telluride Film Festival and is all set to be released in the theatres soon. The movie is a love story that takes place in the 1980s. The Empire of Light release date has been officially announced.

The protagonist of Empire of Light is the very famous actress Olivia Colman who has been appreciated for her performance in this upcoming film. Further in this article, we will get to know more about the Empire of Light release date, cast, plot, trailer, spoilers, where it will be streamed, and more.

Will Sam Mendes Empire Of Light Hits In December?

Empire of Light is written and directed by Sam Mendes who is an award-winning, talented director, producer, and screenwriter. The film’s setting takes place in the 1980s and the genres associated with it are romance and drama. The production company of the film is Neal Street Productions and it is distributed by Searchlight Pictures.

Empire of Light cast consists of talented actors that will beautifully depict the storyline of the romantic film which includes employees of a theatre called The Empire. The Empire of Light release date has been officially announced and the film is going to premiere in the United States on December 9, 2022, in the United Kingdom it is going to release a month later, on January 13, 2023, in the theatres.

As mentioned earlier, the romantic drama by Sam Mendes which is titled Empire of Light premiered at the Telluride Film Festival which took place on September 3, 2022, and after that, the film received mixed reviews from critics. Those who were not able to watch the film at the festival will get a chance to watch it soon.

The Empire of Light release date has been officially announced and the movie is going to be available for the audience to watch in the United States on December 9, 2022, and in the United Kingdom, it will be released on January 13, 2023.

The film is going to revolve around the protagonist Hillary who works at The Empire theatre and goes through everyday struggles and emotional roller coasters. Empire of Light spoilers hinted that the film will explore themes of romance, friendship, hardships, human connections, and social evils.

The Empire of Light plot revolves around the character of Hillary who is played by Olivia Colman. She is an employee at a theatre called The Empire. The story of the film is set in the 1980s in Britain. Hilary is responsible for overseeing the daily functions of the theatre. Her job is not easy as she is given a hard time by her manager of often exploits her. She finds solace in a new employee who joins The Empire.

The two are united because they both individually have problems. The new employee Stephen becomes a victim of racism. The pair try to live in a world that makes it difficult for them. Since the movie revolves around the employees of a theatre club, their lives are also interconnected and compared to theatre, which is a short-lived act.

The film includes romance and is essentially a romantic story but it also highlights the social evils that existed in society in the 1980s and the difficulties human beings faced in different aspects of life.

Empire Of Light Where To Watch

The Empire of Light streaming is going to take place in the theatres on December 9, 2022, in the United States and on January 13, 2023, in the United Kingdom. As of now, the movie is only going to be available for the audience to watch in the theatres once it is released but we can expect the film to be released on other streaming platforms later on.

Meet The Empire Of Light Cast

The Empire of Light cast includes a bunch of talented actors that are listed below.

The upcoming film Empire of Light has created hype among the audience because of its star cast and romantic storyline. The spoilers have impressed the audience and they have taken to social media to express their feelings toward the movie. The film has an official page on the social media platform Instagram with the handle “empirelightfilm” and an official page on Twitter as well with the handle “@EmpireLightFilm”.

The audience has described Olivia Colman as the moment and has appreciated her talent, saying that she brings life to whatever she does. After looking at the Empire of Light trailer, the audience thinks this is going to be one of those films that leave a mark on you and have you thinking about things for a while. The film is already showing potential for awards including the prestigious Oscar according to the viewers. All in all, the audience is highly anticipating the film Empire of Light.

What To Expect From Empire Of Light?

The movie Empire of Light has a very talented star cast and director and it is only fair that the audience expects good things from it. The trailer and spoilers have shown potential and we know by now that the film is going to explore human connections, social issues, romance, drama, friendships, hardships, and more.

The very premise of the film is romance and we will get to witness a beautifully romantic budding relationship that will not be without obstacles we will also see the content of the film linked with the concept of theatre.

Is Empire Of Light Trailer Out?

The Empire of Light trailer was released a while back and it gives us a glimpse of what the film is going to bring to the table. The trailer begins with the voice of Toby Jones and the opening of curtains on a stage.

The term film is described as static frames that have darkness in between them. As the trailer continues, different clippings are played together introducing the characters of the film. An impactful background sound can be heard as Toby Jones’ voiceover continues. Various scenes which include romance, chaos, and trouble can be seen.

The trailer has a theatrical effect and highlights the themes of light and darkness beautifully interconnecting human lives with theatre which too includes temporary, short-lived moments just like in films and theatre. The audience is beautifully given a glimpse of the period romance that will showcase several emotions.