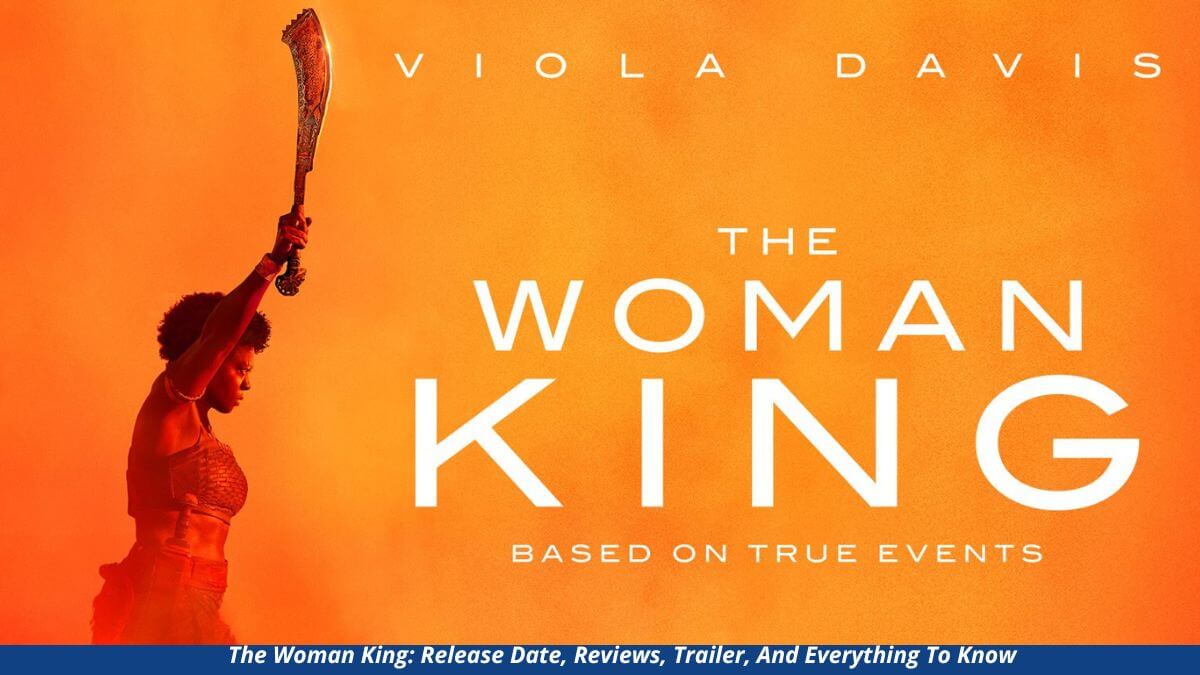 A film titled The Woman King made its premiere at the Toronto International Film Festival which took place earlier this month on the 9th of September. The film is going to revolve around the all-female unit of warriors that protected the kingdom of Dahomey in West Africa. The Woman King release date has been officially announced and the movie was released a while back in the United States.

Further in this article, we will get to know more about The Woman King release date, plot, cast, trailer, spoilers, where it will be streamed, and more.

What Is The Woman King Movie All About?

The production of the film began in the year 2021 and it is directed by Gina Prince-Bythewood who has given the audience significant work in the past. The genres associated with The Woman King are historical, epic and drama. Since it is a movie based on female warriors, we will also see some action.

The production companies of the film include TriStar Pictures, Welle Entertainment, JuVee Productions, Entertainment One Ltd, and TSG Entertainment II. The film is going to be distributed by Sony Pictures Releasing and it has an official release date.

The Woman King release date was announced earlier and the movie made its release in the United States on September 16, 2022.

The Woman King has already made its premiere at the Toronto International Film Festival, 2022, and it has already been released in the United States on September 16, 2022.

The Woman King filming commenced towards the end of 2021 and took place in South Africa. The film has had interesting shoot locations including Jungles and battle scenes that were extremely hard to shoot according to the director.

The Woman King spoilers hint that a lot of effort was put into making the film. This historical epic film is produced by Maria Bello and Cathy Schulman and it throws light on the female army unit that existed in West Africa.

The Agojie have also been called Amazons and are among the few female army units ever documented.

Also Check: Art The Clown Is Back! Terrifier 2 Release Date Is Revealed!

As mentioned earlier, The Woman King plot revolves around Agojie, who were an all-female unit of warriors that had the task of protecting the Kingdom of Dahomey which was situated in West Africa. The Agojie protected the kingdom and fought battles throughout the 17th century up until the 19th century.

The Agojie rescued the Dahomey kingdom’s women who were abducted by the Oyo Empire. This act makes the King of Dahomey extremely angry and he declares war on the Oyo Empire. Nanisca is the main character of the film who will be played by the very famous Viola Davis.

She has the job of training more young women to join the Agojie so that they can protect their kingdom. The new warriors include strong-willed women who are determined to fight for their people.

Nanisca is eventually up for the title of the Woman King due to her bravery and contributions to the kingdom. The film highlights the brave women that existed and contributed to society.

Where To Watch The Woman King?

The Woman King streaming has taken place in the theatres upon its release on September 16, 2022. Before this, the movie also made its premiere at the Toronto Film festival that took place on September 9, 2022.

The Indian audience will also be able to watch this film in the theatres near them on October 5, 2022, according to reports. The running time of the film is 135 minutes and it is available in the English language.

The film is distributed by Sony Pictures Releasing and as of now, it is only going to be available to watch in the theatres. It is safe to assume that movie might be available on other streaming platforms like Netflix after a while so that the audience can watch it online as well.

The Woman King cast includes a bunch of talented actors that are listed below.

The African all-women unit of warriors has been highlighted and glorified in the movie and the audience has taken to social media to express their feelings about the same.

The viewers appreciated Viola Davis’s performance as the General who led the army of female warriors. The film has also received some negative reviews since the audience has questioned the authenticity of the storyline of the film.

The history is not accurately depicted according to some of the audience. The rest of them think this movie did a wonderful job in depicting the strength of African woman back in the 17th century. The film has also been appreciated for its impactful scenes and the audience has expressed that some of them even managed to give them the jitters.

What To Expect From The Woman King?

It is only fair that the audience expected great things from The Woman King since it has a great cast and a powerful story. The movie highlights the history of the all-female unit of warriors that protected the Dahomey Kingdom and its battle with the Oyo Empire.

The movie is full of action, drama, and historical events that depict the strength women had when times got rough. The Dahomey kingdom was losing its men and the females were being taken as slaves. The women stood up, trained, became strong, and fought battles and that is the type of strength the audience will get to see in this film.

The Woman King trailer was released a while back and it gives the audience a good idea of what the film is going to bring to the table. As the trailer begins, a man can be heard saying that evil is coming.

Warriors are seen riding horses. Viola Davis is seen with other warriors in all her glory. Viola Davis can be seen talking to the king and telling him that the enemy won’t stop until it gets them all and that something must be done.

As the trailer continues we see females training to become warriors and Nanisca(Viola Davis) can be heard saying that this was a privilege since no other kingdom in Africa gave its women the opportunity.

She is later seen encouraging and pushing the warriors, preparing them for battle. The trailer manages to give the audience goosebumps because of the powerful performances in it.