Joey Defrancesco, the munificent Jazz Organist, saxophonist, and trumpeter of America died on...
HomeFinanceThings To Consider... 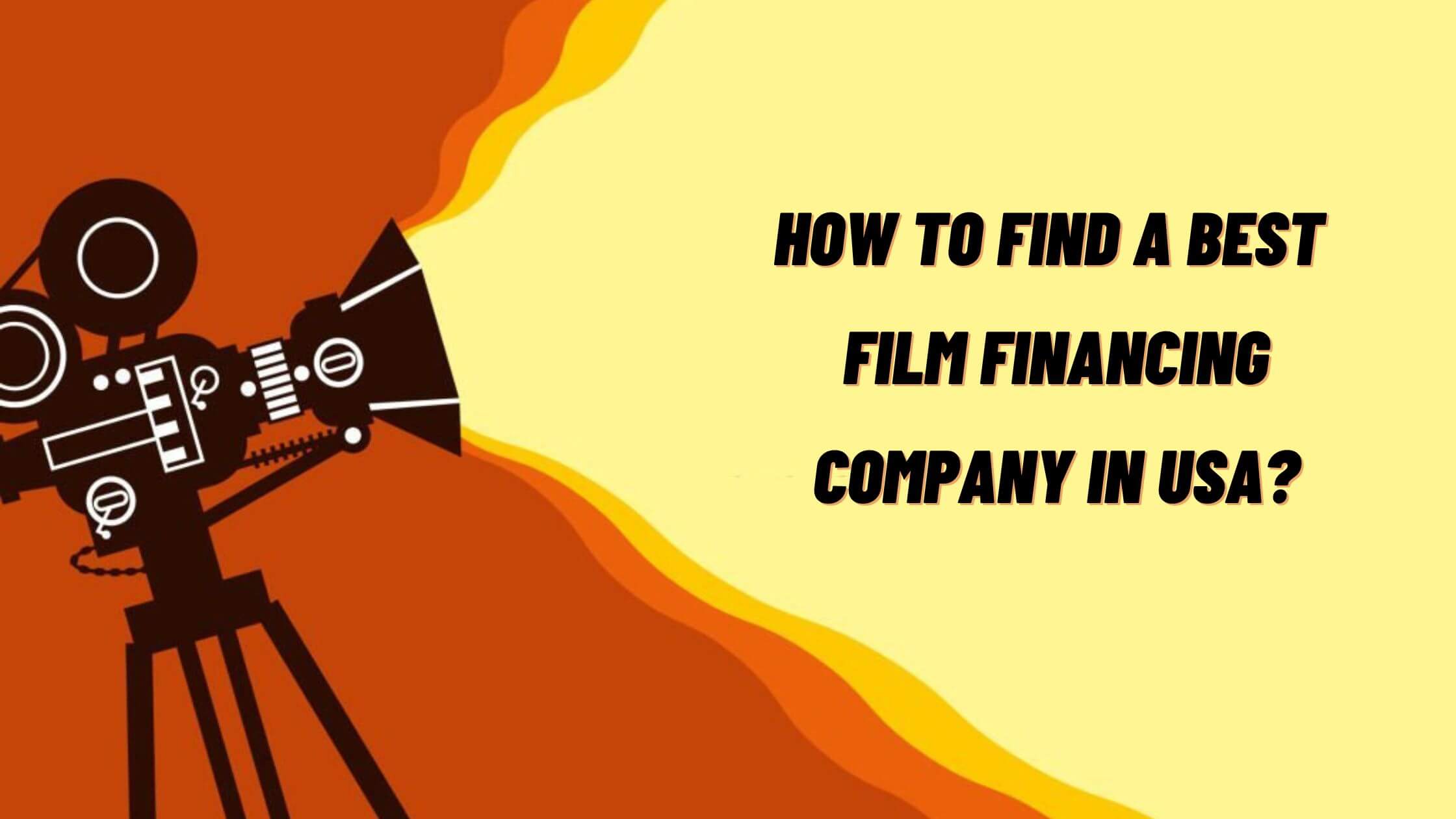 A movie is an expensive art form. One thing that most filmmakers find very intimidating is financing the film. When we ask someone what film financing is, the first picture that will come to their mind is of a meeting between a filmmaker and producer.

People have a common notion of how a film is financed and it is this; a filmmaker meets up with a producer, the filmmaker will pitch their story to the producer and if the producer loves the story, they will finance it or if they didn’t, they will not. But this is not the reality.

Film financing is a complex process because financing a film doesn’t happen in a fixed way. There are different ways to finance a film and one can finance their films using different sources. An independent filmmaker might be in need of a film financing source that is different from what a film company needs. In both cases, it is critical that you are aware of film financing even if you find it intimidating. So here’s all you need to know about film financing.

What Is Film Financing?

Let’s start from the base. So what is film financing? Simply put, film financing is an aspect of film products that deals with the ways a film is financed. This involves raising the money needed to produce a film and also in some cases, the money needed for the post-production requirements of a film. Film financing happens in many ways and this ranges from a filmmaker financing a film on her/his own, or depending on any external sources such as film financing companies to finance your film.

Who Finances A Film?

How Are Studio Films Financed?

Studio films and indie films have different ways of financing the film. Studio films are usually financed by an investor who wants to recoup their investment through the movie. In most cases, a studio filmmaker will visit a producer and the producer then will visit a film finance company who will decide if they would provide the fund to create the studio film.

How Are Indie Films Financed?

Indie films usually have a different method of financing a film. In most cases, the indie filmmaker finances the film on their own or through different ways such as loans and crowdfunding. But at present, there are also film financing companies that fund indie films.

What Are Film Financing Companies?

So before choosing a film financing company, understand what kind of film you are planning to create. After understanding it, determine the requirements of the film and what you expect from a film financing company. Another important thing that you need to think of while considering your needs is whether you need the company to finance you only for the production or do you also need it for post-production activities.

Some of them might have been in the business of film financing for centuries and some might be relatively new in the field. But you won’t be able to understand the reputation of a film finance company by solely considering the years of experience that a film financing company has in the industry but nevertheless, it is also a factor that you can look out for.

Every movie is different from one another and their requirements are also different, hence the fund that is needed to create a film will also be different. A studio film might need a large sum of funds to create, whereas an indie film or a short film will require a less sum of money.

So one important thing that you need to look for while choosing a film financing company is the maximum fund you can receive. Confirm whether the amount that they can give you would meet the requirements that you have and whether it will be enough to fund your film.

How To Finance A Film?

Financing a film isn’t done through one single path. If you are a filmmaker, know that today there are numerous options to finance a film and these options depend upon the needs and requirements of your films.

Here are a few film financing companies in the USA that have been funding the creation of films for years.

Some of the popular films that Independent Television Services has financed include Queering The Map, My Midwife, Marian Anderson: The Whole World In Her Hands, and more.

AGC Studios is a platform that develops, produces, and finances feature films, scripted films, unscripted films, and music videos. The film financing company has offices located in Los Angeles and London and the company funds films of different languages and diverse cultures. A

GC Studios have connections with global platforms such as major studio partnerships, traditional broadcast, and streaming platforms to present your film. AGC Studios is backed by many tycoons in the film investing industry like the Latin American private management, asset MediaNet Partners, the largest entertainment company in the middle east Image Nation Abu Dhabi, and also by Fibonacci Films.

The company has three principal operating subsidiaries and they are AGC Productions, AGC International, and AGC Capital. Some of the popular movies of AGC Studios are Locked Down, Moonfall, Tinder Swindler, Ambush, and many more.

You can also finance your films on your own. You can do this by getting personal loans from some of the best loan providers that we presently have. When getting a loan, you need to look out for many things such as the maximum loan that you will be receiving, the repayment, and many more other things. So here are a few loan providers that might help you finance a film:

SoFi is one of the best personal loan providers that provide a loan amount of up to $100,000. If you are looking for a personal loan that will provide you with the sum of the amount that is needed to create your film, then SoFi could be a great option.

The film loan provider offers low rates of interest and there aren’t any fees or flexible payments. The estimated annual percentage rate of the personal loan that SoFi provides is 7.99%-24.3%. One important thing you need to look for before opting for a personal loan for your film is the criteria that the loan provider puts forward.

LightStream is another personal loan provider that is considered one of the best in the country. The loan amount that LightStream offers ranges from $5,000 to $100,000. There aren’t any fees and this personal loan has low rates.

Lightstream has an estimated annual percentage rate of 4.99%-19.99%. The minimum credit score needed to get a personal loan from LightStream is 660 and you would also need several years of credit history to receive a LightStream personal loan.

Crowdfunding basically means funding a film through a large number of people who contribute a small amount of money for the creation of the film. Today, as many people are opting for crowdfunding to finance their films, there are many sites that provide you with a platform to carry out crowdfunding. Some of them are Kickstarter, Indiegogo, Slated, and Seed&Spark. You can also merge merchandise funding with crowdfunding by selling T-shirts and posters of your movie to people who would love to represent your film.

Financing a film can be a complex process, but if you have the right way to fund a film, it will no longer be a complex process. When you look for options to finance a film, consider your requirements above anything and choose one that aligns with your needs.