Joey Defrancesco, the munificent Jazz Organist, saxophonist, and trumpeter of America died on...
HomeNewsWho Is Tracy... 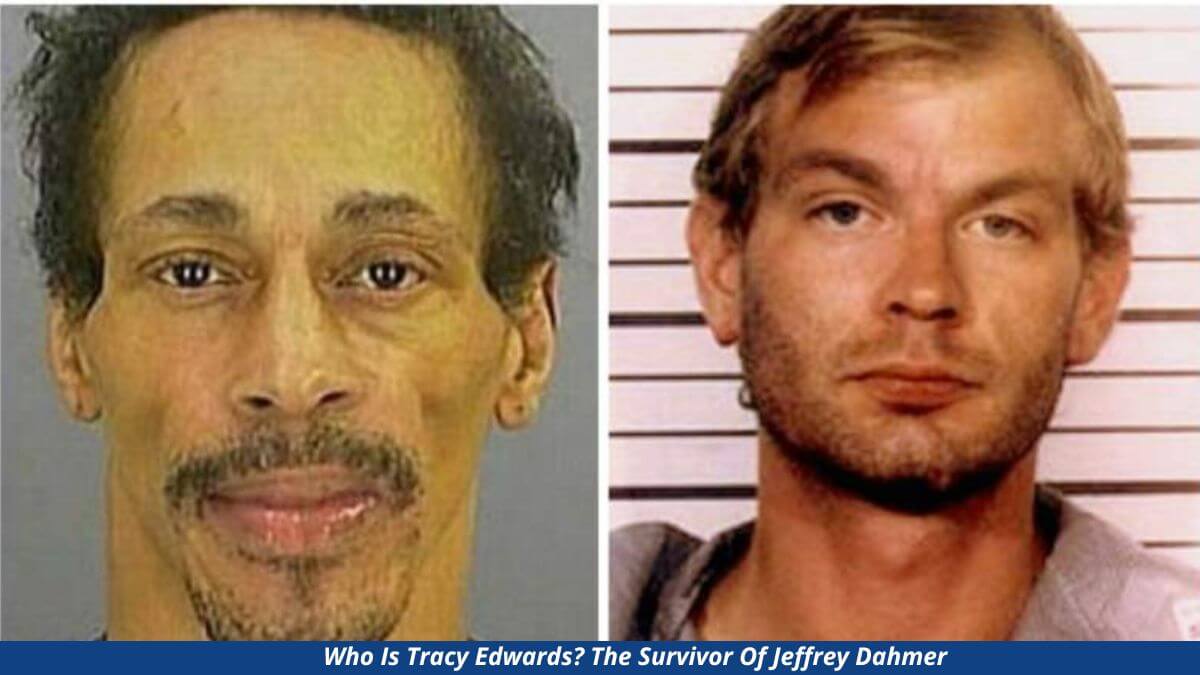 Ryan Murphy’s “Monster: The Jeffrey Dahmer Story”, has been taking over the online streaming behemoth, Netflix, ever since the limited drama premiered.Just like the other 17 victims, Tracy Edwards was also victimized by the notorious and ruthless killer, Jeffrey Dahmer, when he was only 32 years old.

The series has fictionalized one of the most nerve-chilling cases ever witnessed by America which is often denoted as the biggest defeat of police who failed to capture the Milwaukee Monster before the notorious serial killer managed to take the lives of 17 victims, during a course of 13 years.

Jeffrey Dahmer usually engages himself in sexual activities with his victims after luring them back to his home. What made us feel gauche, is that the devastated Dahmer used to keep souvenirs from the corpse, like their genitals and skulls in his home, which is obviously weird.

It has been killing our imagination, thinking about how he must have opted to exploit the victims, who were mainly picked from the gay minority.

Today, if America is seen at peace, then a major round of applause must definitely be deserved by Tracy Edwards, who is the only escaped victim from the captivity of the cannibal.

Edwards was lucky enough to dodge whatever Dahmer had prepared for him, as he secretly exited teh dungeon without the latter noticing.  Dahmer must have planned something similar with Tracy Edwards, but unlike what he thought, Edward flew to his wonder.

As soon as Edwards was freed from the clutches, he went straight to law enforcement only to lead to Dahmer’s eventual conviction. The foremost episode of the series deals with Tracy Edwards, who has seen the reality behind Dahmer’s innocent face, which is capable of luring almost everyone from the gay ethnicity.

Tracy escaping Dahmer alive was the one and only mistake Dahmer committed in those 13 years. However, that was precise and crisp. So, where is Tracy Edwards now, and was he imprisoned? If so, what was the reason? We have gathered everything for you down below.

Who Is Tracy Edwards?

Just like the other 17 victims, Tracy Edwards was also victimized by the notorious and ruthless killer, Jeffrey Dahmer, when he was only 32 years old. On July 22, 1991, Edward escaped from Dahmer’s sketchy apartment, per the Biography. On the said date, police found him, handcuffed, and wandering around the streets.

Without a second thought, Jeffrey Edwards seamlessly escorted the police to Dahmer’s apartment, where the policemen were offered the key to unlock the handcuffs hanging from Edwards’ wrist. After releasing the man, they questioned Dahmer about the knife with which he was frightening Edwards. They eventually found polaroids of several other men, who were victimized by Dahmer.

From the investigation, police found a skull in his fridge along with genitals, which Dahmer chose as a Souvenir. Initially, Dahmer was adamant about surrendering to the police as he began fighting, making one of the officers request backup. Finally, when America’s deadliest criminal, Dahmer was arrested, he began to chant, that he should be dead for what he did.

Also Check: Who is Jesse Anderson? Who Was Killed Along With Jeffrey Dahmer

From further investigation, the officials discovered a bag full of human organs, skeletons, bleached skulls, human hearts, several portions of arm muscles, the freshly severed head of a Blackman, penises of both young boys and men, and a torso.

How Did Tracy Edwards And Jeffrey Dahmer meet?

Nothing unusual, as Dahmer followed his usual way of trapping his prey from the bar as he sketched, plotted, and executed it as planned until one day, Dahmer applied his strategy to Tracy Edwards. He then went to Edwards and two other men and offered them $100 if they accompanied him to the apartment. Hearing the proposal, Edwards agreed to join Dahmer, unaware of what he had in store.

While reaching the apartment, Edwards felt something was fishy as he could sense a foul smell and spot bottles of hyaluronic acid on the floor and instantly questioned Dahmer. Apparently, Dahmer neglected the question saying it was kept to clean bricks, which was again suspicious.

In the next minutes, certain things happened that alerted Edwards of danger. Dahmer handcuffed teh guy and asked him to accompany him to the bedroom. While on their way, Edward discovered nude pictures of several men, hanging on the wall. Sensing the trouble ahead, Edwards outplayed teh disgusting Dahmer and escaped the apartment when he expressed his desire in eating the flesh of Edwards’ heart.

As the officers, Rolf Mueller and Robert Rauth realized the truth, they took Dahmer under custody and the verdict came against Dahmer in 1992.

So, Why Was Tracy Edwards Convicted?

Years before Tracy Edwards confrontation with Jeffrey Dahmer, he resided in Mississippi, where he was accused of sexually harassing a 14-year-old girl. Once Edwards became popular among the locals with the outbreak of Dahmer nightmares, the fellow Mississippians identified Edwards and therefore, he was faced with charges.

ABC also reported several other cases stating theft, bail jumping, property damage, and drugs against Edwards, besides accusing him of pushing a man off a Milwaukee bridge to death. The latter incident occurred back in 2011 when Edwards was 52 and homeless.

Although Edwards was wandering from one place to the other, he was never at all hesitant in committing crimes, despite their seriousness. Reportedly, Edwards’ last offence was throwing a man off of a downtown bridge. It is unknown whether the person was dead or not.

During the testimony, Edwards revealed that Dahmer was quite a different person from whom he met at the bar and Dahmer’s facial structure seemed to alter when he exposed his wish to eat Edwards’ heart.

Where Is Tracy Edwards Now?

Although Tracy Edwards’ present details are unknown, what we know at the moment can only spot his existence until 2016 as Edwards was arrested and convicted by Milwaukee County Circuit Court, for playing a major part in throwing a guy off the bridge. The verdict strictly sentenced Edwards for 1.5 years and freed him with 2 years of extended supervision.