Joey Defrancesco, the munificent Jazz Organist, saxophonist, and trumpeter of America died on...
HomemovieArt The Clown... 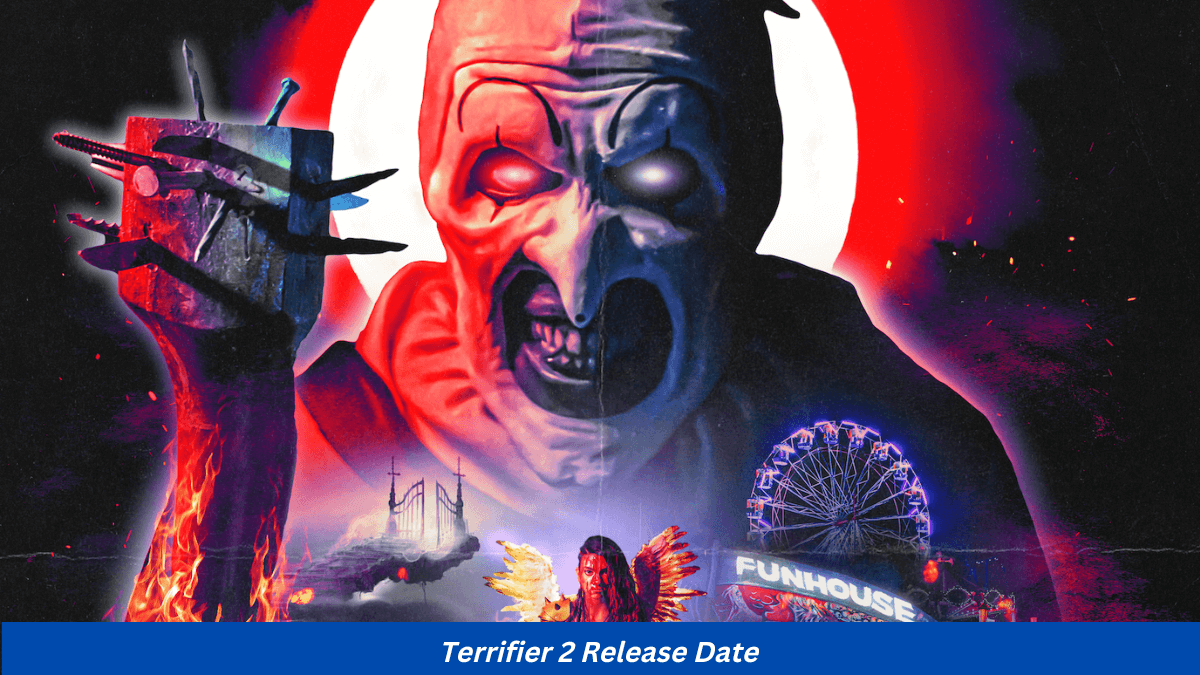 Terrifier was released in the year 2016 and was considered to be a good film in the slasher genre. Spooky season is around the corner and the audience is in for a treat since Terrifier 2 release date has been officially announced.

The sequel is going to revolve around Art the Clown who is revived and ready to go after two siblings on the night of Halloween. Further in this article, we will get to know more about the Terrifier 2 plot, cast, filming, trailer, spoilers, where it will be streamed, and more.

Terrifier 2 is directed and written by Damien Leone who was also the creator of the first part of the Terrifier franchise. The genre associated with this upcoming film is slasher which is a category of horror films that involves killing and stalking a bunch of people. The production companies of the film include Dark Age Cinema and Fuzz on the Lens Productions. Terrifier 2 release date is confirmed on October 6, 2022.

The sequel of Terrifier has already made its premiere at the Fantastic Fest which was held on August 29, 2022, but the movie is going to be available for the rest of the audience on October 6, 2022. Terrifier 2 filming was concluded in the year 2021 and is all set to hit the theatres near us. Art the Clown is going to be back with his terror in this upcoming film.

As mentioned earlier, the Terrifier 2 release date has been officially announced and the movie is going to premiere at the theatres on October 6, 2022. With Halloween almost around the corner, October is the perfect month to release a movie of this genre. The first part of Terrifier was released way back in the year 2016 and after a significant long gap, the creators are back with a second part which is expected to give the audience the chills.

This upcoming sequel is going to be distributed by Bloody Disgusting which is famous for covering all horror-related content. Terrifier 2 cast is going to revive two of its original characters including the murderous clown and Victoria Heyes who is played by Samantha Scaffidi even though she was mutilated in the first part.

New characters are added in Terrifier 2 since it will follow a different story and the creators have already hinted at a third and fourth part in the future.

Terrifier 2 Plot- Is Art The Clown Back?

Terrifier 2 plot is going to revolve around Art the Clown and his reign of terror. The murderer who created havoc in the first season is brought back to life after he committed suicide in the first part and is ready to do what he does best, and that is killing people. His next targets are a pair of siblings who have no idea what’s coming for them.

The infamous murderer is known to be killing around Halloween and the siblings are all set for the holiday, completely unaware that their lives are going to be in danger. The fate of the protagonist in the prequel of the film was not what one would have hoped.

The siblings Jonathan and Sienna are the clown’s target and we will find out if they will meet the same fate as the characters of the first film or if there will be a different ending this time. Terrifier 2 spoilers have suggested that the movie might have some supernatural horror elements as well.

Where To Watch Terrifier 2?

Terrifier 2 streaming will take place in the theatres since the film is going to be theatrically released for a limited period of time on October 6, 2022, in the spooky month. The movie also made its premiere in the month of August this year at the Fright Fest and those who couldn’t see it over there will be able to watch it in the theatres soon.

The original cast of Terrifier is listed below.

A lot of the characters were killed in the first part and the Terrifier 2 cast is going to include the following actors that are listed below.

The return of Terrifier after all these years has created hype among the audience. The sequel has pages dedicated to it on social media that keep the viewers updated with news related to the upcoming film. The audience has expressed that Art the Clown is one of the most terrifying slasher villains of all time and that he is a favorite because of his silent demeanor which only adds to his eerie personality. Terrifier 2 will be released on October 6, 2022.

The slasher fans have expressed that the spoilers have revealed a lot of carnage and brutality and hence they are highly anticipating this film. The viewers have also expressed that October is the perfect time for the release of the sequel and they are hoping that film is going to be better than the first part.

What To Expect From Terrifier 2?

As the title of the film suggests, we can expect it to be absolutely terrifying. The murderous clown made sure that he kept the audience on edge in the first part and it is only fair that we expect more from the second part. The Terrifier 2 is being released after a long gap and it ought to have something refreshing and more horrific that will grab the attention of the audience.

Having the slasher genre, it is expected that the movie will be full of violence, blood, killing, and gruesome content. The spoilers also hint at the movie having supernatural horror themes. The movie is expected to be a little different from the first part, hopefully, better.

Is Terrifier 2 Trailer Out?

Terrifier 2 trailer was released a while back and it gives us a glimpse of what the sequel is going to bring to the table. The trailer begins with the two siblings and their mother at the table discussing their Halloween costumes when the mother mentions that Jonathan has decided to go as the clown who murdered several people the previous year.

The mother is not happy with this decision and as they speak clippings of Art the Clown are shown in the trailer. Jonathan can be seen obsessing over the clown and he mentions that nobody found his body after the incident. Art the Clown is then seen at various places and Sienna (Jonathan’s sister) is seen mentioning that Art the Clown might be back since she saw him with his detailed appearance.

Clippings of Art slashing somebody, blood splattering is seen. Strange, gruesome events start taking place and there is a lot of chaos and blood as the trailer continues.