Joey Defrancesco, the munificent Jazz Organist, saxophonist, and trumpeter of America died on...
HomemovieHeart Of Stone... 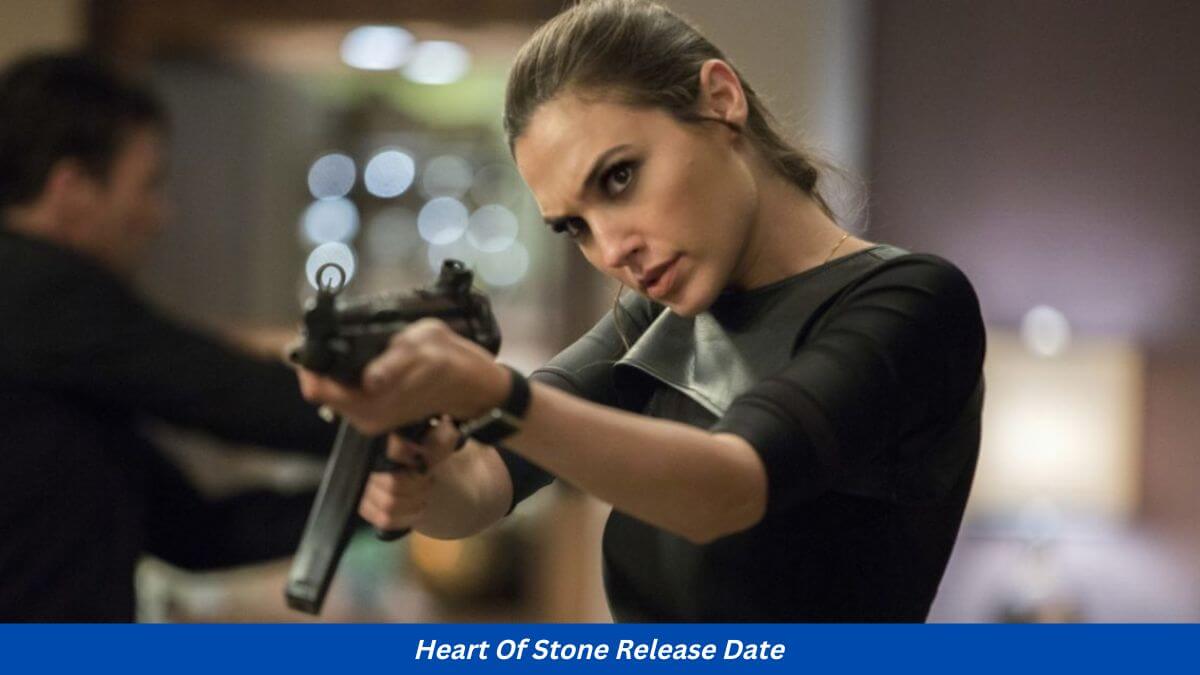 The upcoming film is going to have a female protagonist and is also going to include the Indian actress, Alia Bhatt. Further in this article, we will get to know more about Heart of Stone release date, plot, cast, trailer, spoilers, where it will be streamed, and more.

Heart Of Stone Release Date, Cast, Plot, And Where To Watch?

The upcoming American film titled Heart of Stone is directed by Tom Harper and its production companies are Skydance Media, Pilot Wave, and Mockingbird Pictures. Among the producers of the film is Gal Gadot who is also going to be portraying the main character of the film. The genres associated with this film are action, spy, and thriller.

The Heart of Stone cast seems to be extremely promising and the storyline is also very captivating. The protagonist is a CIA agent and the film is being compared to very famous movies like James Bond and the Mission Impossible franchises hence are going to follow a similar theme and the audience will get to witness a lot of action.

Heart of Stone release date has not been officially set yet but the movie is expected to release in the year 2023.

As mentioned earlier, the Heart of Stone release date has not been officially announced yet but we do know that the filming of the movie has been concluded and it is currently under production. According to reports, the upcoming action spy thriller will most likely be available l for the audience to watch in the year 2023.

The film is going to be distributed by Netflix and hence the streaming will be done on the same platform. The film is star-studded and has a very exciting plot that will revolve around the CIA agent who is going to be played by Gal Gadot. The director of the film has given the audience more significant and famous content including Peaky Blinders, Wild Rose, War & Peace, and more.

The movie is being spoken about since it is going to be marking the Hollywood Debut of the very famous Bollywood actress Alia Bhatt. Among the shooting and photography locations of the film are London, Iceland, and Portugal.

Much about the Heart of Stone plot has not been revealed yet but we do know that filming of the movie has been concluded and it is currently under production. We know by now that Gal Gadot is playing the role of a CIA agent who is a very crucial person for some very important organizations in the film.

She has a very important role in saving an asset for some very powerful and global organization that is responsible for maintaining peace. From whatever information that has been provided by the creators, it can be speculated that Gal Gadot’s character is going to have the responsibility of taking care of something extremely precious.

She will most likely try to save an asset that will be very dangerous if the wrong people get a hold of it. Heart of Stone spoilers suggests that she has a very secluded and important job. Since the movie is said to follow a theme similar to famous action spy movies, we can expect it to be full of dangerous tasks and missions.

Will There Be Our Flag Means Death Season 2?

Heart Of Stone Where To Watch

The movie is going to be available in the English language and is going to include themes of action, thrillers, and adventure. The film is said to be a spy film that might be the first part of a franchise. As of now, Netflix is the only platform that is going to be releasing the film but upon its release, the movie also might be available on other websites and streaming platforms.

Heart of Stone includes a bunch of talented actors that are listed below.

• Gal Gadot has played the character of Rachel Stone.

• Jamie Dornan has played the character of Parker.

• Alia Bhatt has played the character of Keya Dhawan.

• Archie Madekwe has played the character of Ivo.

• Andy M Milligan plays the character of an armed officer.

• Sophie Okonedo’s character is yet to be announced.

• Matthias Schweighofer’s character is yet to be announced.

• Jing Lusi’s character is yet to be announced.

• Paul Ready’s character is yet to be announced.

• Jon Kortajarena’s character is yet to be announced.

The action spy thriller titled Heart of Stone has created hype since the time of its announcement. The upcoming film has several fan pages made on social media that are dedicated to it. The audience has expressed their excitement for the release of this film and has mentioned that the film looks intriguing.

The fans of the action genre are more excited in particular to see what this new film is going to bring to the table. The Indian audience is also keenly looking forward to seeing the debut of Alia Bhatt in the film and is hoping that she has a significant role in the film.

What To Expect From Heart Of Stone?

Since the film has an amazing star cast and an extremely talented director, it is only fair that the audience expects great things from the film. The movie is already being compared to some of the greatest film franchises of all time and hence we can expect it to have a lot of action and adventure. The movie will also include themes of spy and thriller. All in all, the audience will be captivated by the plot and the film will be full of entertainment.

Heart of Stone trailer has not been officially released yet but a first look was released a while back that gives us some glimpses of what the upcoming spy thriller is going to bring to the table. At the begging of the first look, Gal Gadot’s job is described as something that secludes her from normal things like relationships and friends. Her job is described as something extremely important.

Further, in the video clip, we see some parts of the shooting of the action scenes and Gal exclaiming that movie is going to be epic. She further says that the movie is a grounded, raw, action thriller and we see glimpses of the rest of the cast as well. We then see Alia Bhatt say that the movie has characters that you can connect with and feel for.

Impressive action scenes are seen and then Jamie Dornan can also be heard expressing his thoughts about the film. The short clippings from the film seem to be very promising.