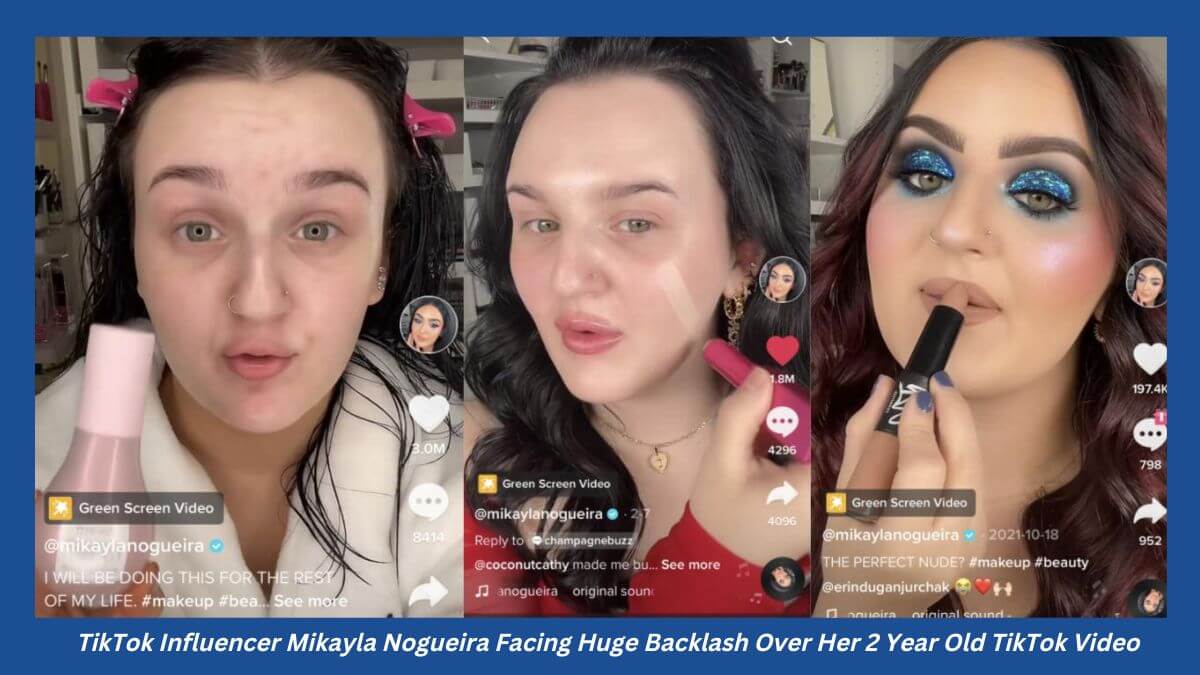 TikTok influencer Mikayla Nogueira is facing backlash on social media after posting a video detailing what a day in her life is like.

Mikayla Nogueira, who has over 350,000 followers on the platform, explained in the video that she often works long hours and gets to leave work at 5:30 PM.

Many of her followers were unsympathetic to her situation, with some arguing that she should be grateful for her job. Others were quick to point out that influencers often have an easier time than most when it comes to finding work.

There are many comments from people who are already working hard to feed their families. Some people called their fans, Tone duff.

After this Mikayels added a few lines to support her own claims by saying, “Try being an influencer for a day. Try it. Because the people who say it’s easy are so far out of their minds, try it for a day. It’s not for everybody. In fact, it’s for a very small handful of people who can actually do this job because it’s absolutely f**king insane. You do not want to have this job, I’m just saying.”

She was criticized earlier by netizens for her Boston Accent and they claimed she talks differently. Now, after the recent incident, her old videos and interviews are stated to pop up on the internet.

Who Really Is Mikayla Nogueira?

Mikayla Nogueira was born on June 13, 1998, in Massachusetts, Boston. She became famous in 2020 after her beauty tutorials went viral mostly due to her comedic content. While her TikTok account has more than 13 million followers, her Instagram account has 2.4 million followers. The influencer is quite active on both platforms.

Before becoming a trending star in TikTok, Mikayla Nogueira began posting beauty and makeup content on the social media app Tumblr as early as 2013. Nogueira experienced success on this platform, but not to the extent that she would later on TikTok.

She also had a YouTube channel, where she posted beauty videos and vlogs, but she deleted it later. For the next few years, Nogueira didn’t post as much on social media since she was a full-time student.

According to the sources, she attended Bryant University and graduated with a Bachelor of Arts.

Nogueira was born to Patrice, who is an artist and an elementary school counselor, and Michael Nogueira. She has an older brother who is three years old. Her family is mostly of Portuguese descent. She grew up in East Freetown, Massachusetts, and graduated from Apponequet Regional High School in 2016. In high school, she was a member of DECA, where she competed in business competitions, linking her to the beauty industry.

After the video went viral and the TikTok influencer Mikayla Nogueira got thousands of negative feedback, we decided to dig deeper and find out these facts;

Even after finding that the video is old, there are fans fighting over her filtered Makeup videos, uncommon accent, and her recent claims to back her controversial video that she did 2 years ago.

DaBaby Claims He Had An Intimate Relationship With Megan Thee Stallion