Joey Defrancesco, the munificent Jazz Organist, saxophonist, and trumpeter of America died on...
HomeMoviesHow Many Harry...

How Many Harry Potter Movies Are There? & What Are Their Names? 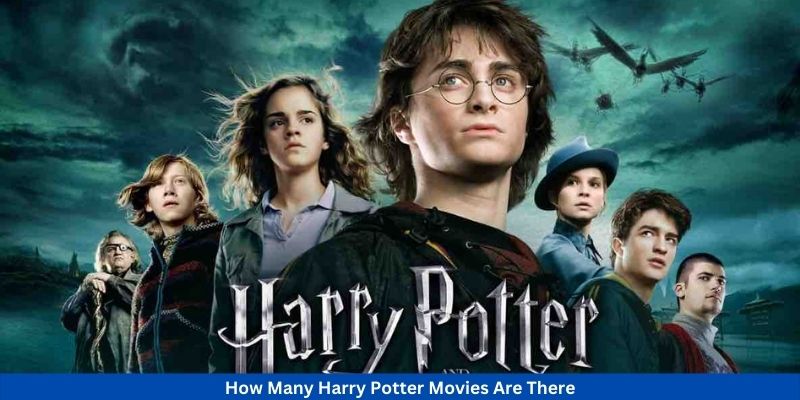 How Many Harry Potter Movies Are There?

There are a total of Harry potter movies with around seven parts. The seventh and the final part consist of two parts. Thus, contributing to a total of 8 films.

1. Harry Potter and the Philosopher’s Stone

The first harry potter movie is titled Harry Potter and the Philosopher’s Stone, it was released in the year 2001. It had a similar storyline to that of the novel’s first part, which was also titled with the same name. The plot revolved around the series’ main character Harry Potter (played by Daniel Radcliffe) getting to know that he was a wizard. It featured Harry going to the Wizarding world of Hogwarts, meeting new friends, and learning about the death of his parents. Most importantly, he was the only survivor of the attacks of the Dark Lord named Voldemort. The story introduced the audience to a few different important characters as well including Draco Malfoy, Albus Dumbledore, Severus Snape, etc. The movie ended with Harry, Ron, and Hermoine battling Voldemort, who had happened to return to Hogwarts with the help of one of the teachers at Hogwarts. The movie became famous worldwide and created a strong name in the genres of fantasy and Magic. It made about 1.022 million US dollars at the box office. Critics worldwide appreciated the Harry potter Cast for its remarkable performance, setting, visual effects, and many other things.

2. Harry Potter and the Chamber of Secrets

The second part of the harry potter movie is titled Harry Potter and the Chamber of Secrets which was released in the year 2002. The main cast members returned for their roles, there were a few newly added cast members as well. The second part featured Harry, Ron, Hermoine, and others returning to Hogwarts for their second year at Hogwarts. The plot revolved around the Chamber of Secrets that was opened and resulted in the students, animals, and every creature of Hogwarts getting petrified. It was also revealed that Harry was the Heir of Salazar Slytherin although he belonged to Gryffindor. He was seen speaking parse tongue (which he also did in the first part of the series). The main center of attraction was the diary of Tom Riddle (also known as Lord Voldemort). He learned many things about Voldemort through that diary and finally was seen battling a giant snake in the end, the ghost of tom riddle, and was trapped in the chamber of secrets. However, he managed to save everyone at the school. The movie ended on a happy note but prepared the audience for the worst that was about to come.

3. Harry Potter and the Prisoner of Azkaban

The third part of the Harry potter movie is Harry Potter and the Prisoner of Azkaban which was released in the year 2004. Prisoner of Azkaban introduced the characters of Sirius Black and Professor R.J. Lupin. It revolved around Sirius Black escaping from Azkaban and the deadly soul-sucking creatures called the dementors searching for him. It was later revealed that Sirius Black was not the one who betrayed Harry’s parents, but it was Peter Pettigrew, who had been living as Ron’s pet rat the whole time. The movie had a very ominous and dark setting. The average run length of the third part was 142 minutes. It again made a profit of about 797.5 million dollars.

4. Harry Potter and the Goblet of Fire

The fourth part of the Harry potter movie series is titled Harry Potter and the Goblet of Fire. It featured Harry being chosen for the inter-school Triwizard Tournament. Robert Pattinson also joined the cast for the role of Cedric Diggory. The movie was built around the tournament, which indeed turned out to be deadly. In the end, Voldemort finally came back to life and Ralph Fiennes joined the cast as Lord Voldemort. Thus, the Goblet of fire ended and prepared the ground for future battles. The run length of the film is 157 minutes. It again made a profit of about 896.7 million dollars.

5. Harry Potter and the Order of Phoenix

Harry Potter and the Order of Phoenix was released in the year 2007. Harry and his friends were portrayed as all grown up. The ending of Goblet of fire introduced the return of the Dark Lord. However, the Ministry of Magic did not pay heed to the warnings. Professor Dumbledore lost his position of being Hogwart’s principal and another member from the Ministry of Magic was appointed as the new head, named Dolores Umbridge. Harry prepared his own army to fight against Voldemort. The Harry potter movie ended with the death of the beloved Sirius Black and it also featured a deadly fight between Dumbledore and Voldemort. The movie was again a hit and made about 942.2 million dollars worldwide.

6. Harry Potter and the Half-Blood Prince

The fifth Harry potter movie series titled Harry Potter and the Half-Blood Prince was released in the year 2009. It featured Dumbledore’s and Harry’s search for some missing answers. The duo learned about Voldemort’s past and how he had managed to break his soul into seven pieces called the Horcruxes. Thus, Dumbledore started the search. This part also puts some light on the characters of Draco and Severus Snape. The movie ended with Snape killing Dumbledore and finally revealing that he was the Half-Blood Prince.

Read More Who Are The Top 10 Most Powerful Avengers?

Harry Potter and the Deathly Hallows pt. 1 was released in the year 2010 and it prepared the ground for the ultimate battle between Harry Potter and Dumbledore. Harry, Ron, and Hermoine started their search for the Horcruxes and finally destroyed one of the Horcruxes but learned some other shocking details about the elder wand. The Harry potter movie ended with Voldemort finally stealing the elder wand from Dumbledore’s grave.

The second part of Harry Potter and the Deathly Hallows was released in the year 2011 and it continued from the cliffhanging ending of Death Hallows part 1. The movie displayed Harry, Ron, and Hermoine going back to Hogwarts and destroying all the Horcruxes. It also featured the death of some of the series’ beloved characters, like Severus Snape, Lupin, Tonks, Fred and many more. Harry finally defeated Lord Voldemort. The movie was the last and final installment in the Harry Potter series.

Conclusion of How Many Harry Potter Movies Are There?

The Harry Potter movies series has won the hearts of millions. The movie’s cast members rose to fame and were highly appreciated for their performances. It is not sure whether there will be another Harry Potter movie or not. J.K Rowling did release another novel titled Harry Potter and the cursed child, and it is known that the movie has been in production since the year 2010 but no official announcements have been made about its release. It is sure that the main cast members will not be returning for their roles.