Joey Defrancesco, the munificent Jazz Organist, saxophonist, and trumpeter of America died on...
HomeTop 10Top 10 Most... 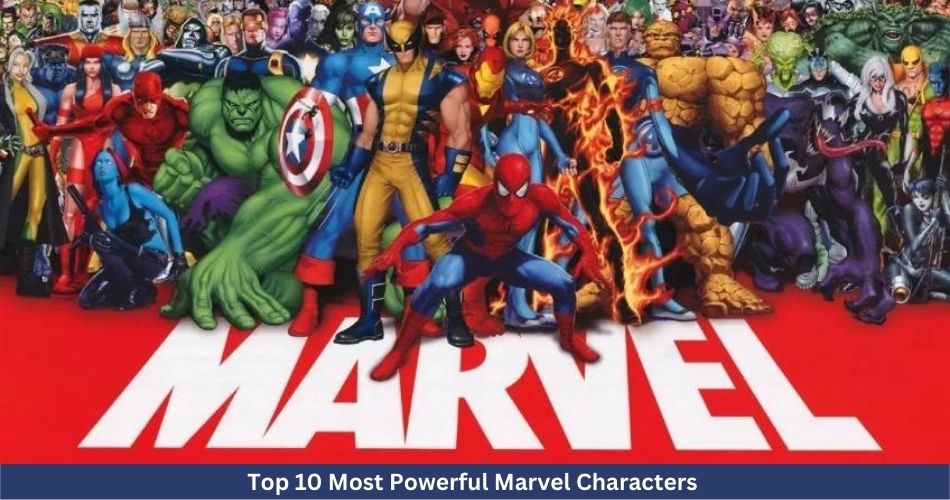 Although the Marvel cinematic universe continues to rule all kinds and shapes of the screen, let’s take a look at the impressive cast of heroes that the past 15 years have produced and identify the strongest ones.

The Marvel Cinematic Universe’s newest superheroes, like Sam Wilson, Shang-Chi, and Kate Bishop, are taking on the role even if it appears that the Avengers have vanished at this point. However, which individuals are the best performers and the Almighty ones?

The Top 10 Most Powerful Marvel Characters are listed below. Some of the superheroes in this group may shock you even if you think you’re familiar with most of them. Especially because fan favorites like Spider-Man, Captain America, Black Widow, and others won’t be placing. The MCU’s bloodstream undoubtedly includes super-soldiers, web-slingers, and skilled assassins, but are they the mightiest? Actually, no.

In comparison to the powers of mythical beings and otherworldly beings, the capacity to contract and expand doesn’t seem all that dangerous. But Scott Lang’s argument becomes more compelling when you consider the quantum powers that arrive with the Ant-Man outfit. This demonstrates that even with his considerable physical strength, there really are powers and domains that the more combat-oriented beings can’t hope to match. That is the main thrust of the Ant-Man defence: the theoretical dynamic of Ant-abilities Man is too complicated for most Superheroes to handle, whether it involves being too big or too small, he is one of the Most Powerful Marvel Characters dealing with theoretical physics or the quantum universe.

Another charming idiot who, for the most part, is unaware of the amount of firepower he’s carrying enters the race immediately before Ant-Man. Half a celestial, Peter Quill did not suddenly dissolve into space dust while gripping the Power Stone. He had the strength to compete head-to-head with his Living Planet father. Given the likelihood that Peter would have survived in contrast to Tony Stark, it could have even been a better option for him to use the gemstones and flick his fingertips in Endgame.

However, we simply aren’t aware of Peter’s maximum capabilities yet and he also doesn’t either. But Star-Lord is already in his chrysalis phase, just like Wanda Maximoff was for such a long time.

Ikaris might have likely taken this position if events in Marvel’s Eternals had turned out differently. All the Eternals are incredibly most powerful characters, but Druig was the only one who had to restrain his own abilities and fight the impulse to change the history of humanity whenever he saw it heading in the wrong direction because of his capacity to manage numerous brains at once. Druig had the power to cast spells on people and instantly put a stop to all battles, but he had to keep a straight face. He would eventually remove himself entirely from the gaming board and settle in a jungle settlement of his own crazy construction.

Furthermore, Druig can also induce sleep in a massive Celestial. Okay, his abilities need to be enhanced in order to accomplish this, but Celestials may be incredibly obstinate when being forcefully delivered from the center of a flourishing world.

Considering everything he was able to do, it’s true that we never truly got to see “peak Vision” in the Marvel universe. He struggled to get going in Civil War and then hardly got going in Infinity War. He appeared in two separate yet equally unsettling forms on WandaVision, yet that program wasn’t even about his abilities.He is also one of the Most Powerful Marvel Characters. The heroic mash-up of abilities known as Vision is capable of obliterating just about anybody in his way. Vision is a fortress of combat ferocity, with abilities including indestructibility, volume manipulation, and blasts fired from the Mind Stone affixed to his skull (when he possessed it). With him, though, we never really got to the bottom of things but maybe more scenes of Vision are waiting for us.

Iron Man has evolved into a continuously developing Avenger thanks to Tony Stark’s mind-blowing ingenuity, going from welded and fastened components to virtually invisible nanotechnology that can wrap Tony’s physique in milliseconds.

In the middle of the battle, Iron Man generally appears to have an intense reaction to every challenging question because he always has a million techniques on his sleeve. Tony has certainly made his share of mistakes while attempting to save the world from alien invasions and the like, and when it comes down to it, he’s simply a human inside a can, yet his mind has essentially been the MCU’s Champion from the franchise’s debut.

Doctor Strange is unquestionably one of the most powerful marvel characters, whose reputation has improved since his debut film. After Spider-Man: No Way Home, when the grumpy surgeon-turned-sorcerer entered the Multiverse of Madness, the popularity virtually rocketed to new heights. Most recently, we witnessed him make solo attempts to stop violent tears in humankind’s fabric so that Earth wouldn’t be wiped out by a multiversal massive wave. Strange, like several of the other superheroes on this ranking, have unlimited power at his disposal, but he chooses not to use it because of his moral code.

Although the question of whether the Hulk is tougher than Thor has yet to be decided, you could argue that considering that so much of the Hulk’s strength is dependent on his wrath, he has a good chance of being the Avenger with the most physical strength and powerful marvel characters. There must be numerous failsafes in order before the Hulk may emerge. He’s the league’s strongest player, but he also appears to be the most erratic. Hulk might be a lot more than the unpredictable wild card he currently is if there were less constrictive tendencies and oddities of soul. However, as things stand, he still maintains godlike power and, as far as we know, a deathless nature.

Must Read Who Are The Top 10 Most Powerful Avengers

Thor has personality faults, a dysfunctional family, unattractive hair, and a story arc that has seen him change from a haughty doofus unable to hold his personal hammer to a selfless warrior willing to give up all of Asgard to protect his beloved people. He is the most powerful marvel characters  Thor can fly from the sky and wipe out a battleground thanks to his raw Asgardian power, toughness, quickness, and handy aptitude for conjuring game-changing thunderbolts out of pure nothingness. He has defeated Dark Elves, Frost Giants, intergalactic fire monsters, and a platter of labor-intensive, artery-clogging shawarma. He is also almost a thousand years old and additionally, has endured the warmth of a collapsing star so he’s a keeper, for sure.

Marvel’s “solution for x” is to make Captain Marvel spend most of her days away from Earth because she is so strong.She is one of the powerful characters in the marverl. Captain Marvel obtained her amazing cosmic skills directly from the Infinity Stone. For there to occasionally be real threats to our world, she physically has to be gone assisting other individuals somewhere.

She quickly changed the course of events in Endgame by destroying Thanos’ entire support army, enabling the Superheroes to retake the initiative and succeed. But once she gets here, it’s time to shut down.

Wanda was determined to emerge as the most dominant one among the group. But it was not until WandaVision, when she received her true title as that of the Scarlet Witch, that her plot commenced to pay off and her abilities started to fall apart in a deeply evil way.

Wanda is essentially capable of everything she can imagine as it’s difficult to win with that hand. She possesses the power to move, smash, read thoughts, command minds, and invent things and she is able to influence nature itself. The most crucial ability to concentrate on here is her capacity to simply adapt. As a combatant on the battlefield, she can knock you out with offensive magic, much as how she would have swiftly murdered Thanos in Endgame, up immediately, if he had not even weaseled his way out.so in the list scarlet witch is the best and most powerful marvel c