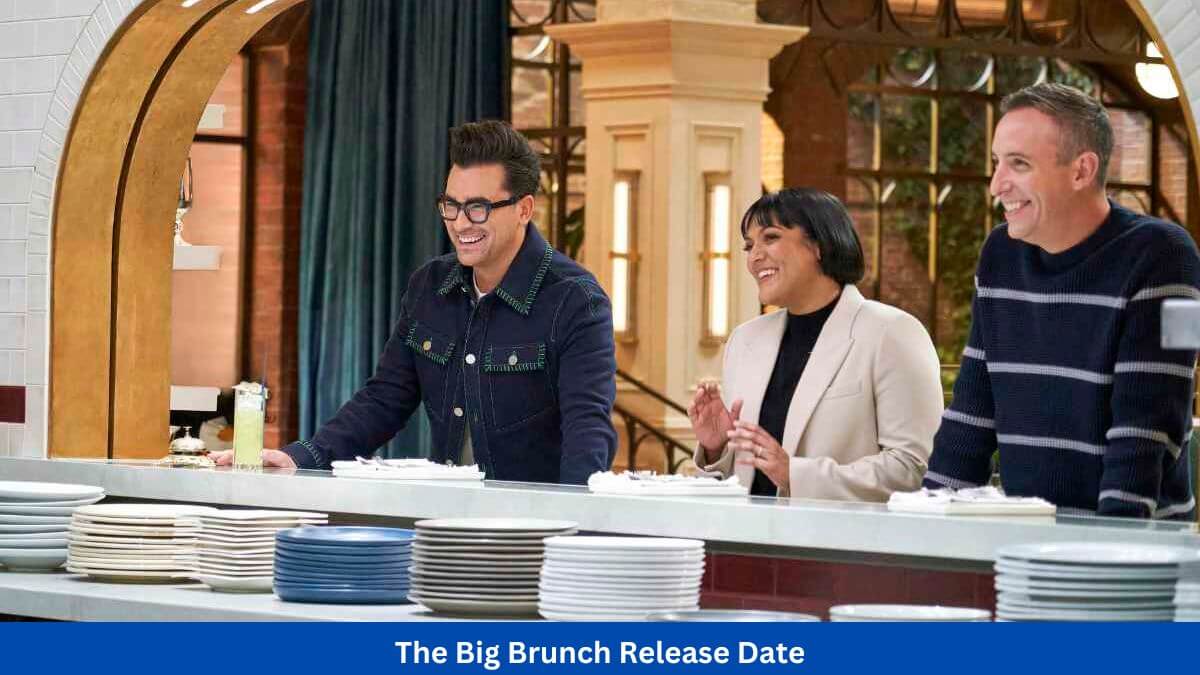 Dan Levy is well known for his amazing personality and impactful acting. He has acted in the award-winning comedy Schitt’s Creek and now is back with another project that is going to be spiced up because of his presence.

This new venture of the famous actor is an upcoming cooking competition that is going to premiere on HBO Max. The show is titled The Big Brunch and it is going to be available to watch soon. Further in this article, we will get to know more about The Big Brunch plot, cast, trailer, spoilers, where it will be streamed, and more.

Dan Levy is bringing something new to the table quite literally. He is going to be the host of the show titled The Big Brunch which is a reality television cooking competition. The Big Brunch cast has not been entirely updated as of now but we do know that it’s in progress.

Along with being the host of the show, Dan Levy is also the executive producer of The Big Brunch. This upcoming cooking competition is going to bring tons of entertainment since it is being presented by an actor that is known for bringing life to the projects he takes up.

The Big Brunch release date has been set for November 10, 2022. We will get to see what the contestants will bring to the table and how this show is going to stand out from other cooking reality tv competitions.

As mentioned earlier, The Big Brunch release date has been officially announced and the show is going to be available for the audience to watch on November 10, 2022. The genres associated with this upcoming series are reality television and game show.

There have been many cooking competitions in the past that have made their place in the television industry but none of them are hosted by the extremely funny and talented Dan Levy who has given the audience remarkable work in the past.

Along with Dan Levy, Andrew Fried, Sarina Roma, Dane Lillegard and Faye Stapleson are the executive producers of the show. The show is exclusively made for the streaming network HBO Max which has hosted other famous and significant shows.

The Big Brunch spoilers have suggested that this won’t be any ordinary cooking show but will have multiple elements of fun included in it which would be exciting and refreshing for the audience.

The Big Brunch plot is obviously going to follow the theme of most cooking shows but will also have new fun and unique elements that will help the show stand out from the rest. The show aims to pick up aspiring chefs from all over the country and celebrate their talent in the field of cooking which is also considered to be an art.

The culinary skills of the contestants that take part in the show will be tested in unique ways and this will be a huge opportunity for the aspiring chefs who want to make a name for themselves in the cooking industry.

The chefs will get a chance to share their dreams and aspirations all while proving their worth and showcasing their talent to the world for a prize that will bring a significant amount of change in their lives. Levy mentions his love for food and the cooking industry and how grateful he is to get the opportunity of exploring and learn more about the culinary skills of various talented people.

The Big Brunch Where To Watch

The Big Brunch streaming is exclusively going to take place on the famous platform, HBO Max. Dan Levy is the executive producer as well as the host of this upcoming cooking competition and hence the show will witness the great actor bringing his own twists whilst beautifully presenting the series.

The actor and producer have a passion for food and appreciate the skills and hard work that is put into preparing a meal that is savored by everybody. The show is made with the purpose of recognizing the hidden talent that needed a push and a platform and according to Levy, he is providing this platform for the people who are blessed with exceptional talent. The Big Brunch streaming will soon take place on November 10, 2022, on HBO Max.

All that is known about The Big Brunch cast is that the very famous Dan Levy will be hosting it. It is not confirmed if the show is only going to have one host or if someone else will co-host with the actor. Recently it has also been confirmed that Sohla El-Waylly and Will Guidara will be joining the show as judges.

This upcoming cooking reality television series is casting its contestants and the list will be updated as soon as the casting is concluded. The list of judges will also be updated if there are any additions in the same.

The Talk On Social Media About The Big Brunch

The Big Brunch has created hype since the time it has been announced and the audience has taken to social media to express how they feel about the upcoming cooking show. The audience is clearly going bonkers over the fact that Dan Levy is going to be presenting this upcoming series since the audience loves any content Dan Levy is a part of and that is justified since the actor has given remarkable work in the past.

The audience is also looking forward to seeing how he will handle this new role and how this show is going to be different from the other cooking competitions that have aired on television before. The food fanatics are particularly more excited and eagerly waiting for the premiere of The Big Brunch.

What To Expect From The Big Brunch?

Cooking shows are always entertaining in their own way and The Big Brunch is going to be added to the list of cooking competitions that have received a lot of appreciation from the audience. Since this show has a vibrant personality hosting it, it is only fair that we expect something more from it.

Dan Levy has a certain way with things he does and we can expect a lot of entertainment from this show since he is going to spice it up with his charm. Great culinary skills will be witnessed along with challenges and tasks that will inspire young chefs all over the world and all in all, this show will definitely entertain the audience.

The Big Brunch trailer has not been officially released as of now and is expected to release when the show is closer to its release date or maybe even sooner.