Joey Defrancesco, the munificent Jazz Organist, saxophonist, and trumpeter of America died on...
HomeSeriesThe Man Who...

The Man Who Fell To Earth Release Date, Plot, Cast, Where To Watch And More 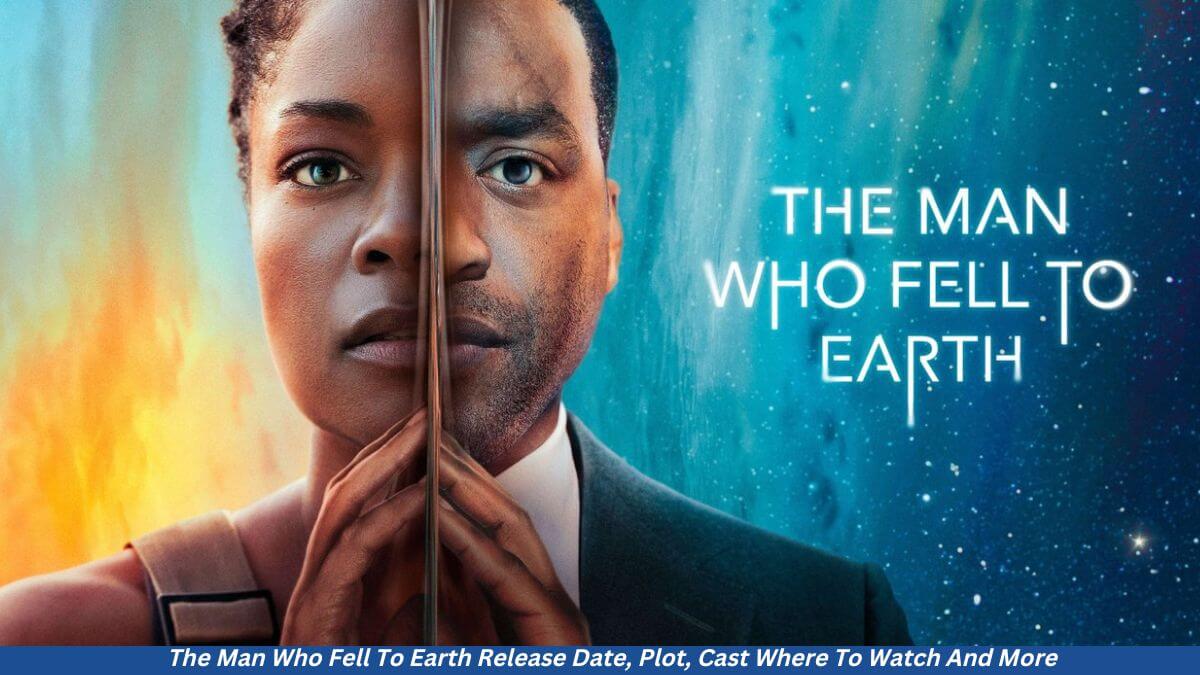 The Man Who Fell To Earth is an American television series exploring the genres of science fiction. The show was created by Jenny Lumet and Alex Kurtzman. The season finale aired on July 3, 2022. As of now, no information has been provided by the show’s makers about the renewal or cancellation of the series for another season.

Along with Secret Hideout, Timberman/Beverly, StudioCanal, and CBS Studios being the production companies involved. The original distributor of the show is Paramount Global Distribution Group with Showtime as its original Network.

The Man Who Fell To Earth Storyline

The science-fiction series is based on the novel of the same name “The Man Who Fell To Earth”, which was written by Walter Tevis in 1963.
The show also happens to be a sequel to the 1976 release movie starring David Bowie. The show features Chiwetel Ejiofor playing the role of an alien who arrives on planet Earth.

Along with the incredible actor Bill Nighy, playing the role which was played by Bowie in the 1976 released movie. The show first premiered on the online streaming service Showtime on April 24, 2022. Also, a few clips and parts of the series were revealed at SXSW on March 12, 2022 before its original release.

The Man Who Fell To Earth streaming will be done on the online streaming platform Showtime and Voot. The series released its first episode on April 24, 2022 ,and concluded with a season finale episode on July 3, 2022.

The Man Who Fell To Earth Release Date

The Man Who Fell To Earth release date was April 24, 2022. The series had a total of about 10 episodes and followed a weekly release pattern. The season finale aired on July 3, 2022. As of now, no information has been provided by the show’s makers about the renewal or cancellation of the series for another season.

The Man Who Fell To Earth Plot

The Man Who Fell To Earth plot revolves around the series’ main character who happens to be an alien (played by Chiwetel Ejiofor).

The Alien/Faraday sets out on a mission and lands on Earth in the New Mexican. His mission was to locate and ask for help from the scientist called Justin Falls (played by Naomie Harris) who also happens to be the only person on the planet Earth who can save his planet.

It was later revealed that the duo soon finds out that it was not just Faraday’s world that needed to be saved.

Where To Watch The Man Who Fell To Earth?

The Man Who Fell To Earth Cast

The Man Who Fell To Earth streaming cast members include

The show’s other recurring cast members include:

A few of the guest stars that are also seen in a few episodes are:

The science-fiction series The Man Who Fell To Earth has been critically acclaimed, and the viewers have appreciated the plot, cast, and interrelated themes that have been portrayed in the series.

The series ended on a positive note with Faraday returning to his planet, which in turn has left the audience wondering whether the show will return for another season or not. As of now, no information has surfaced about the show’s renewal or cancellation for a potential second season.

What To Expect From The Man Who Fell To Earth?

The Man Who Fell To Earth is expected to be revolving around the story’s basic themes of science-fiction. As revealed by the title, the story will witness an alien landing on the planet Earth to seek help from a scientist who could save his dying planet.

The series is expected to follow a similar storyline to the previously released novel and movie of the same name. Also, the duo, Faraday, and the scientist Justin Falls will be trying to save Faraday’s dying planet and as well as Planet Earth with the help of constructing an energy device.

According to the man who fell to earth spoilers, towards the series ending Faraday leaves Earth and returns to Anthea.

The Man Who Fell To Earth Episode Guide

The Man Who Fell To Earth episode guide for the previously released season two has been given below.

Thus, season one had a total of 10 episodes with each episode having an average run-length of about fifty to fifty-eight minutes. The show was primarily made in English but is also available in other dubbed versions as well.

The Man Who Fell To Earth Trailer

The Man Who Fell To Earth season 1 trailer was released on February 22, 2022. The two-minute and twenty-seven seconds long trailer opens with a montage of several clips including the moon, a girl washing a car, an image of Earth, and a man walking down a road and saying, “I was sent to find you”.

The trailer then proceeds with a conversation between Faraday/the alien and Justin Falls. Faraday was seen crying for help from Justin describing how he needed to save his planet from dying and his family too.