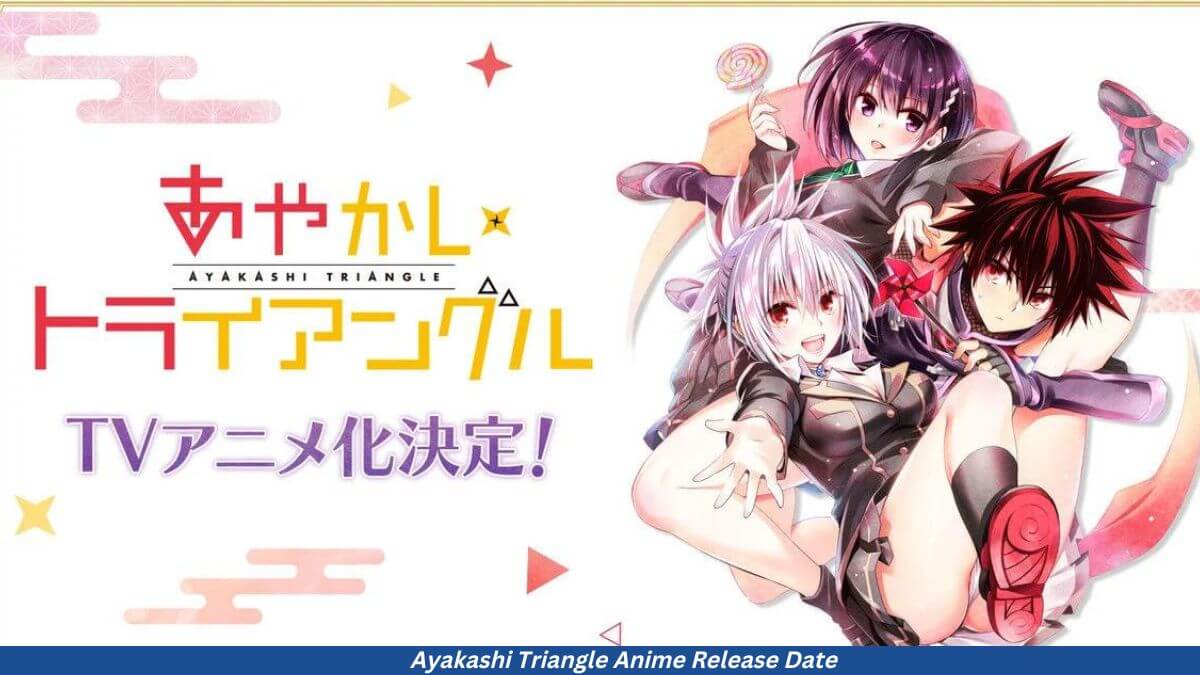 The anime will be based upon the Japanese fantasy and romantic comedy manga series Ayakashi Triangle, created by Kentaro Yabuki. It was initially serialized in Shueisha’s Weekly Shonen Jump magazine; it has since been moved to the Shonen Jump+.

The plot centers on exorcist ninja Matsuri Kazamaki as he battles ayakashi to protect his childhood friend, the Ayakashi Medium Suzu Kanade. Matsuri, however, is cursed by Shirogane, the King of Ayakashi, and is changed into a girl during a battle to rescue Suzu’s life.

Matsuri and Suzu must deal with both the friendly and the nasty ayakashi they encounter as well as their developing romantic feelings for one another because there is no apparent way to undo the metamorphosis.

What Is Ayakashi Triangle Anime About?

Childhood friends Matsuri Kazamaki and Suzu Kanade are connected by their shared ability to see ayakashi, which is youkai looking for life energy to consume. However, their friendship suffers throughout high school.

Matsuri views all ayakashi as a threat to his friend, whereas Suzu is an ayakashi medium—someone who exudes a significant amount of life force compared to the average human—and loves them all despite the risk.

As Suzu’s one-sided feelings for them all grow, so does the gap in their perspectives on ayakashi.

During Jump Festa 2022 on December 18, 2021, an anime television series adaption was revealed. The show is made by Connect and is led by Noriaki Akitaya, with Kei Umabiki serving as assistant director, Shogo Yasukawa penning the screenplay, Hideki Furukawa creating the character designs, and Rei Ishizuka providing the soundtrack. It’s scheduled to debut in January 2023.

The timings are set for a 2023 release date for the upcoming Ayakashi Triangle anime adaptation was recently announced on Twitter. On December 18, 2021, the project was unveiled during Jump Festa 2022.

The tweet describes the piece as Kentaro Yabuki’s romantic fantasy about Ayakashi.

On June 15, 2020, Shueisha’s Weekly Shonen Jump published the first issue of Kentaro Yabuki’s shonen manga Ayakashi Triangle. On April 25, 2022, Chapter 89 of the serialization was published in the company’s online magazine Shonen Jump+. On June 3, 2022, the ninth volume, the most recent, was published.

Who All Are The Top 30 Cute Anime Boys Of All Time?

Childhood friends Matsuri Kazamaki and Suzu Kanade are connected by their shared ability to see ayakashi, which is youkai looking for life energy to consume.

One day when the two when coming across him they are unaware that Shirogane, a talking white cat, is a four-hundred-year-old ayakashi known as the “King of Ayakashi”.

He is determined to consume Suzu in order to increase his power, but as Matsuri rushes in to try to save her by encasing Shirogane’s abilities, the ayakashi uses a jutsu to transform him into a woman instead!

As Suzu’s closest friend, Matsuri swears to shield her from danger, but until his grandfather, a renowned wind jutsu exorcist ninja, can reverse the jutsu, he must learn how to behave like a girl.

Suzu, meanwhile, needs to sort out her feelings for Matsuri now that he had transformed into a woman. The future of the two buddies, however, appears uncertain when Matsuri adopts the king as his pet.

Where To Watch Ayakashi Triangle Anime?

As of now, no particular information has been released about the release platforms. But with the incoming giants like Netflix, and Amazon Prime, and their growing interest in Japanese Anime Media it wouldn’t be surprising if one of the major streaming platforms gets the license to stream the new anime.

There is also the merger of Funimation and Crunchyroll to be considered making them a viable platform.

As of now there are no details released about Ayakashi Triangle voice actors that are going to take part in this production however other important roles have been revealed. Additionally disclosed is key personnel information.

The anime and manga community looks absolutely thrilled to discover the newest work of talented and infamous artist Kentaro Yabuki.

The official poster and anime announcement of the series saw massive engagement among fans with more than 5000 retweets and 10,000 likes.

Youtube is now filled with fans sharing their personally created trailers for the upcoming anime.

The ‘Ayakashi Triangle’ manga from which the anime will be adapted from is highly regarded in anime discussion sites like MyAnimeList.

It has been given a score of 6.68 by the users and is currently ranked around 1000 in the popularity list which is a massive number considering the number of manga produced in Japan.

What To Expect From Ayakashi Triangle?

The fundamental theme of the series is sexual orientation and how one person’s romantic attraction to another is unrelated to their sex or gender.

This will be mainly addressed in the interactions between Matsuri and Suzu just like in the manga adaptation of Ayakashi Triangle.

Suzu frequently wonders in several of the series’ chapters whether it is appropriate for her to pursue a relationship with Matsuri, regardless of whether or not they are of the same sex.

The series Ayakashi Triangle will lay a load of emphasis on legendary beings that are significant in Japanese folklore and mythology, with the ayakashi as its focal point.

The first non-Japanese entity to be shown in Ayakashi Triangle is the character Rochka, and the series will also discuss supernatural beings from various civilizations.

The Russian fairy tale character Rochka, whose name is an acronym for Snegurochka, is typically portrayed as the embodiment of winter and the granddaughter of Ded Moroz.

There is no official trailer for the anime series released yet