Yvon Chouinard Net Worth-Billionaire No More!! Owner Of Patagonia Gives Away The Company 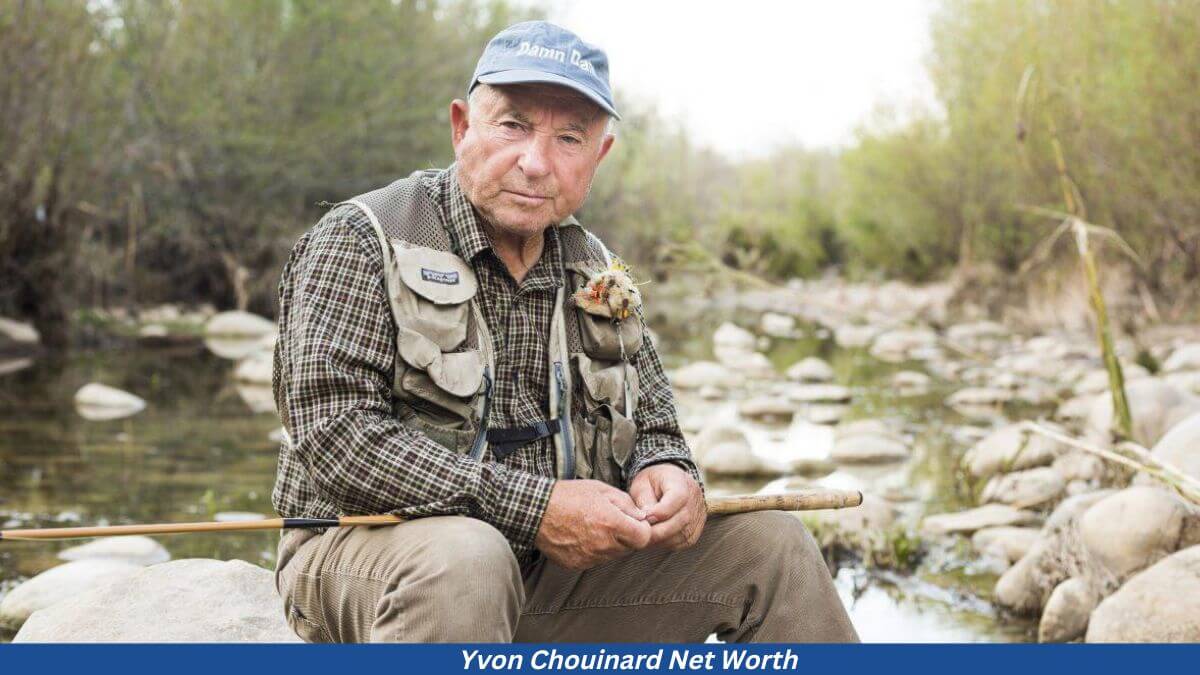 Who hasn’t heard about the American retailer of outdoor clothing, Patagonia Inc? Well, if you know Patagonia, then you must be aware of its founder Yvon Chouinard, who has flourished his brand to hundreds of stores in 10+ countries across 5 continents.

In other words, Yvon Chouinard is best known as the founder of Patagonia, which has created a revolution by choosing to manufacture environmentally friendly outdoor clothing with no compromise on its fashion sense. He is in fact also referred to as the most reluctant billionaire of today.

Yvon, who is also the founder of Chouinard Equipment, Ltd, is notable for climbing the European Alps.

Born on November 9, 1938, to a French Canadian father (no details about his mother have been revealed) in Lewiston, Maine, Yvon, and his family migrated to Southern California in 1947. In his youth, Yvon joined the Sierra Club and later turned out to be the founder of the Southern California Falconry Club.

Tom Frost and Royal Robbins were Yvon’s primary partners in rock climbing when he was only 14. Despite the age limitations, Yvon was always fond of doing extra things. In 1957, Yvon went to make his own climbing tools and for that, he even altered his specifications and taught himself how to blacksmith.

From the young blacksmith who sold the reusable climbing hardware only for $1.50 per piece, his friends began to purchase which ultimately paved the way for founding Chouinard Equipment, Ltd.

Today, the value of the company is estimated to be $3 billion which is why in papers, Yvon’s net worth is also calculated as $3 billion.

Yvon grew to be a central figure by 2014 as he was featured in a documentary Valley Uprising during the Golden Age of Yosemite Climbing. However, the ’60s was definitely something big for Yvon as he introduced chrome-molybdenum steel pitons which was credited for being revolutionary climbing protection.

Without any fixed ropes, Yvon participated in the foremost ascent of Yosemite North America Wall in around 1964 and he made his first ascents in Canada on South Howser Tower’s Beckey- Chouinard Route, Mount Edith Cavell’s North Face ad Mount Sir Donald’s North Face.

He was then enlightened with the idea of climbing protection but later realized that the protection equipment was damaging the Yosemite cracks. But it took almost a decade for the realization which forced a rethink on the item. Therefore, Yvon and his partner Tom Frost replaced their initial tool with aluminium chockstone and they became the face of “safe climbing”.

In the 70s, Yvon often used to wear rugby shirts which garnered the attention of his climbing friends who were drawn by its features since the shirt was able to protect his neck while climbing, avoiding danger. It was said that the original rugby shirt was initially brought to Scotland while Yvon returned from a trip.

When his climbing friends began to comment and ask about the whereabouts of the shirt, Yvon realized the potential of rugby shirts in his Chouinard Equipment, Ltd. and by 1972 the item was available there.

The very next year, in 1973, Yvon opened the first Patagonia store in Ventura, California with only a few products including the Ultima Thule Pack, Foamback Raingear, and Stand-Up Shorts, but within years, the company branched out with sportswear and jackets.

Since Yvon was much fond of ensuring comfort to his workers, he opened an on-site cafeteria within the company outlet, serving mainly vegetarian food. After years, it was discovered that the cotton Patagonia used until then had a heavy environmental footprint. Followed by the comprehension, the company made an ultimate switch to organic cotton.

Disappointingly, the sales dropped to a large margin with the sudden alteration but within another few years, the company provided enough training to the farmers and made the impossible possible by raising back the profit margin to the initial levels.

Yvon Chouinard As An Author

Many might not know the author’s facet of Yvon, but it’s high time for a revelation. Yvon has published books including Let My People Go Surfing, Simple Fly Fishing: Techniques for Tenkara and Rod & Reel, Climbing Ice, and The Responsible Company: What We’ve Learned from Patagonia’s First 40 Years.

Apart from writing, Yvon has also produced a couple of documentaries including Artificial and Public Trust in 2019 and 2020 respectively.

The world was awestruck by the unannounced move of Yvon and his family when they transferred Patagonia wholly to charity in August 2022. Technically speaking, Yvon has handed over 98% of Patagonia to a charity firm, Holdfast Collective, which is entitled to receive 100% profits from now on.

Holdfast will take over the mission implemented by Yvon when he started the company in 1973, that the nonprofit organization will now use the fund to preserve nature and face the stubborn climate change.

When Yvon founded Patagonia, his aim was to provide the locals with suitable clothing that would enable them to withstand extreme windy and cold weather which was a common phenomenon experienced by the people of South America.

“Truth be told, there were no good options available. So, we created our own.”

In the 80s, the company was making $20 million and within 5 years, the sales revenue got heightened to $100 million. Interestingly, Patagonia only spends a half portion of the 1% of the total sales for the yearly advertisement needs.

Until the final agreement exchange, the company used to donate 10% of the profits (pretax) to various environmental charities annually. It was in 2002  that Yvon came up with the organization 1% for the Planet, with his company, Patagonia being the foremost one to pledge the 1% annual sale. Currently, Yvon’s unique thought has been supported by more than 5,000 businesses who have been following the voluntary rule for years, making 1% for the Planet a huge success.

Yvon Chouinard was married to Malinda Pennoyer in 1971 when Malinda was an economics and art student at California State University in Fresno. The duo soon after parented a daughter and a son named Claire and Fletcher. Yvon and Malinda did not spend much of their lives together as the two parted their ways sometime during Ventura, California, and Wyoming.

For Yvon’s conscientious humanistic business approach, he was presented with an Ethics Prize in 2013. In 2018, his initial club, Sierra granted him with John Muir Award after Sierra Club’s president Lorn Balckford announced that Yvon’s business model has been truly inspiring.

Yvon Chouinard even said that the Patagonia business strategies could have been considered as the blueprint for any other big or small enterprises to look upon. Recently in 2021, Bates College in Lewiston, Maine offered Yvon an honorary degree.