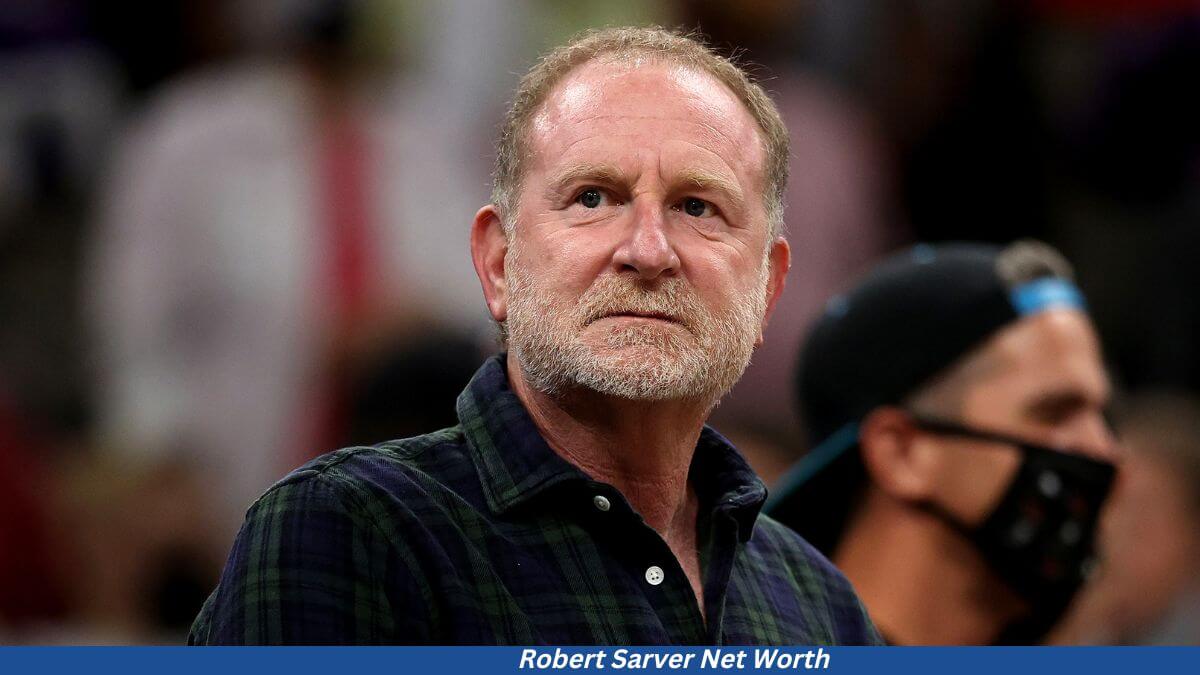 As of 2022, Robert Sarver is estimated to have a net worth of over 800 million US dollars. He has earned the majority of his fortune by building and selling several successful banks.

With the strive to be successful in life he has always been a hard worker gifted with excellent skills. Robert Sarver as of 2022 is 60 years old and is currently 5 feet 5’’ tall.

Robert Sarver Net Worth And Salary

As of 2022, Robert Sarver is estimated to have a net worth of over 800 million US dollars. He has earned the majority of his fortune by building and selling of several successful banks.

One of his most successful achievements had been the National Bank of Tucson which he had founded at an age of 23. Twelve years down the line he sold it off as the largest bank in Arizona. Since then, he has made several purchase and sales of multiple banks.

His basketball team the ‘Phoenix Suns’ is valued at an estimated amount of 1.8 billion dollars. Despite the ongoing reports and controversies surrounding him no one can deny, Sarver played a very crucial role in the success and the growth of the sports organisation.

His other sports teams like the Phoenix Mercury and RCD Mallorca are also big names in their respective sports leagues. All of these investments of his serve as an important source of income to him.

Robert Sarver was born in Tucson, Arizona, US on 21st October 1961 to Irene and Jack Sarver. His father, Jack Sarver was an established Tucson businessman, banker as well as a successful hotel developer with prominent names like the Aztec Inn, Plaza International Hotel under his name.

He received his initial education from the Sabino High School in Tucson where he graduated from in 1979. Later he went to pursue a bachelor’s degree in business administration from the University of Arizona and graduated in 1982. He turned into an officially certified public accountant in around 1983.

The initial part of his career was spent in the development and selling of banks. He started out during 1984 when he founded the National Bank of Tucson. After immense hard work and dedication, he expanded the bank state-wide and changed its name to ‘The National Bank of Arizona’.

In 1990 he ventured into real estate and co-founded Southwest Value Partners along with Milliard Seldin. The company acquired the Emerald Plaza in San Diego in 1995 and sold it off in 2004 along with two other San Diego office buildings to Santa Ana real estate firm for deal of about 274.5 million dollars. Southwest Value Partners is valued at more than a 100million dollars in today.

Robert Sarver is said to have been attending NBA games since the age of 8 years old. He stepped into sports with his purchase of the basketball team the Phoenix Suns in 2004. The suns reached the NBA finals very recently in 2021.

The sudden rise can be related to the sporting success of his team the Phoenix Suns who reached the NBA finals for the first time since 1993 in 2021.

Robert Sarver and his siblings belong to a long and powerful family legacy following upon the successful achievements of his powerful and hard-working ancestors. Penny, the wife of Robert, is a Kansas City native who graduated with a bachelor’s in business from the University of Oklahoma in 1990.

After graduating, she relocated to Phoenix and obtained a position with Prentice-Hall. She and Robert first met in Scottsdale in 1991, and they got married on November 2, 1996.

Robert Sarver currently has three children, and all are two years aside in age. In 1997, Max arrived first, then Jake followed two years later, in 1999. Zach, the wealthy Sarver family’s youngest son, was born in 2001, two years after Jake, following the similar pattern.

Robert Sarver also suffers from a genetic pattern passed down in his family that leaves him and his siblings prone to heart disease. Jack Sarver, Robert’s father, passed away from heart illness at the age of 58 in 1979.

Generations prior to his birth, the paternal bloodline began fighting heart disease. The childhood memories of his young father’s recurrent struggle motivated him to invest in University of Arizona’s heart centre in 1998. Today it is known as the Sarver Heart Centre researching and preventing cardiovascular diseases.

What Did Robert Sarver Do To Get Suspended?

Robert Sarver is currently trending on social media platforms for allegations involving racism and sexual harassment of his employees. Last Tuesday Robert Starver has been issued a 1-year suspension from the NBA.

He is also being fined for 10 million dollars after he has been proven guilty in an independent investigation conducted by the NBA itself in accordance to the allegations of racism and sexist conduct.

The NBA carried out its own inquiry, during which it spoke with 320 team members and examined 80,000 documents, including emails, texts, and videos.

Even Suns employees claimed Sarver’s ownership of the team for 17 years resulted in a “toxic and occasionally hostile workplace,” with accusations of misogyny and racism.

In his statement NBA commissioner, Adam Silver announced that the findings in the report of the NBA’s investigation are troubling and disappointing. He believes after taking into account all the evidence and circumstances they find it important to take this action in order to uphold the proper standards in NBA workplaces.