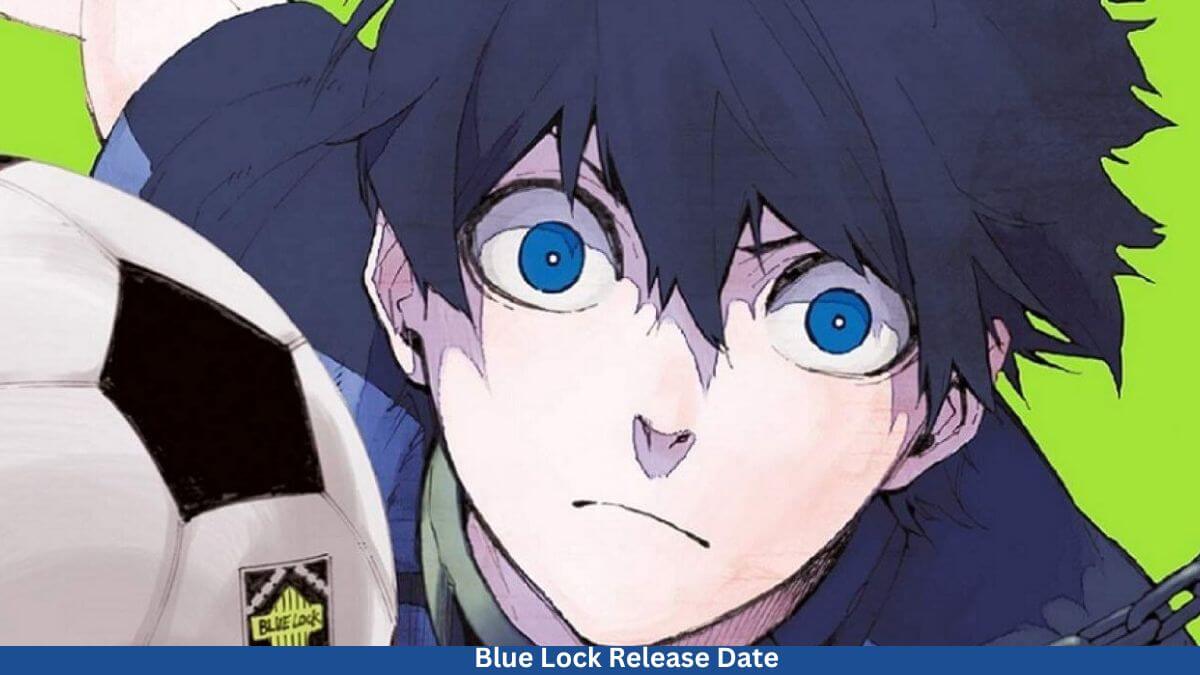 Blue Lock is the upcoming anime series exploring the genres of sports, action, and drama. The series is based on the award-winning manga series written by Muneyuki Kaneshiro and Yusuke Nomura. The upcoming series is also titled Blue Lock. Blue lock release date is 9th October 2022 for Japan and 8th October 2022 for Europe and North America.

The directors of the series are Tetsuaki Watanabe and Shunsuke Ishikawa. The country of origin of the series is Japan with Japanese as its original language. The original distributor of the show is TV Asahi and Crunchyroll along with 8bit and Eight Bit being the series’ production houses involved.

What Is Blue Lock About?

The manga series named Blue Lock has also won quite a few awards at the 45th the Kodansha Manga Award from the shōnen category in the year 2021. Seeking such great responses, the makers of the show got aboard to transform it into a television anime series.

Ever since its success in the form of the manga series fans have always dreamt about it being adapted into an anime series. The dream is now finally going to come true. Thus, creating a buzz everywhere. The trailer has also gathered quite a positive response from the fans. It looks very promising.

Blue lock streaming will be done on the online streaming platform TV Asahi and Crunchyroll on 9th October 2022 in Japan and 8th October 2022 in Europe and North America. It has not yet been revealed by the makers of the show as to where else the show will be premiering.

Blue lock release date is 9th October 2022 for Japan and 8th October 2022 for Europe and North America. The show will be released on a few online streaming services, and it will be available to stream in Japanese and English as well.

The Blue lock plot features a devastating defeat at the 2018 Football world cup. Japan’s team was seen struggling to regroup as an ardent team but what was missing was a first-class Ace striker, who will be required by the team to win.

The Japan Football union is dead set to find themselves a top-class talented striker who lives for the hunger for goals and has an igniting fire within for victory, that the striker thirsts to turn a losing match into a wonderful victory.

The show will be seen gathering up around three hundred ardent and brightest youth players of Japan, who will be seen rising to lead an effective team, but the real question is whether the team be able to out-muscle and out-run everyone who comes in between their path to achieve the glorious victory.

Where To Watch Blue Lock?

The upcoming anime series “the Blue lock” will be available to stream on the online streaming platform TV Asahi and Crunchyroll.

Keisuke Wanima, will also voice a character in the upcoming anime series.

The Talk On Social Media About Blue Lock

According to a few sources it has come to the surface that the makers of the Anime series Blue Lock will most probably be following a weekly release pattern. The fans of the manga series of the same name “Blue Lock” which was written by Muneyuki Kaneshiro, are readily excited for their favorite manga series to be coming in the form of a television anime series.

A few of the voice actors have been confirmed to be a part of the cast including Tasuku Kaito, Kazuki Ura, Soma Saito, Masatomo Nakazawa, Yoshitsugu Matsuoka, Shoya Chiba, Shugo Nakamura, Daishi Kajita, and Ryunosuke Watanuki.

What To Expect From The Blue Lock?

Blue Lock is known to be one of Japan’s most successful and popular anime series that is set to be centered around Soccer. The series will be revolving around the sport and will primarily be themed around sports, action, and drama. The show will be trying to portray the world’s biggest soccer tale.

The upcoming anime adaptation of the favorite Japanese manga series is the most anticipated series of them all.

Any Episode Guide For Blue Lock?

The episode guide for the upcoming anime series has not yet been disclosed by the makers of the show. It is expected to have at least twelve episodes. However, it has not yet been declared as to how many episodes the series will be having in all.

Each episode will have an average run length of about twenty-five minutes to thirty-five minutes. The series’ episodes will primarily be made in the Japanese language, but they will also be available in other dubbed versions as well including English.

It is not yet confirmed whether the makers will be dropping all the episodes in one go or will they be following a weekly release pattern.

The Blue lock trailer was released on 12th August 2022. The one-minute and forty seconds long trailer started with a Japanese Intro. The trailer was also in Japanese but had English subtitles.

It showed a text saying, “The beginning of the Blue Lock” and an image of an anime character with chains around his neck, along with a voiceover saying, “Blue Rock dormitory entrance test passed”.

A clip of the different contestants all in one frame was shown with the narrator’s voice saying, “This is where we start the temporary selection”. The trailer continued with a Japanese song and the anime characters competing against each other.