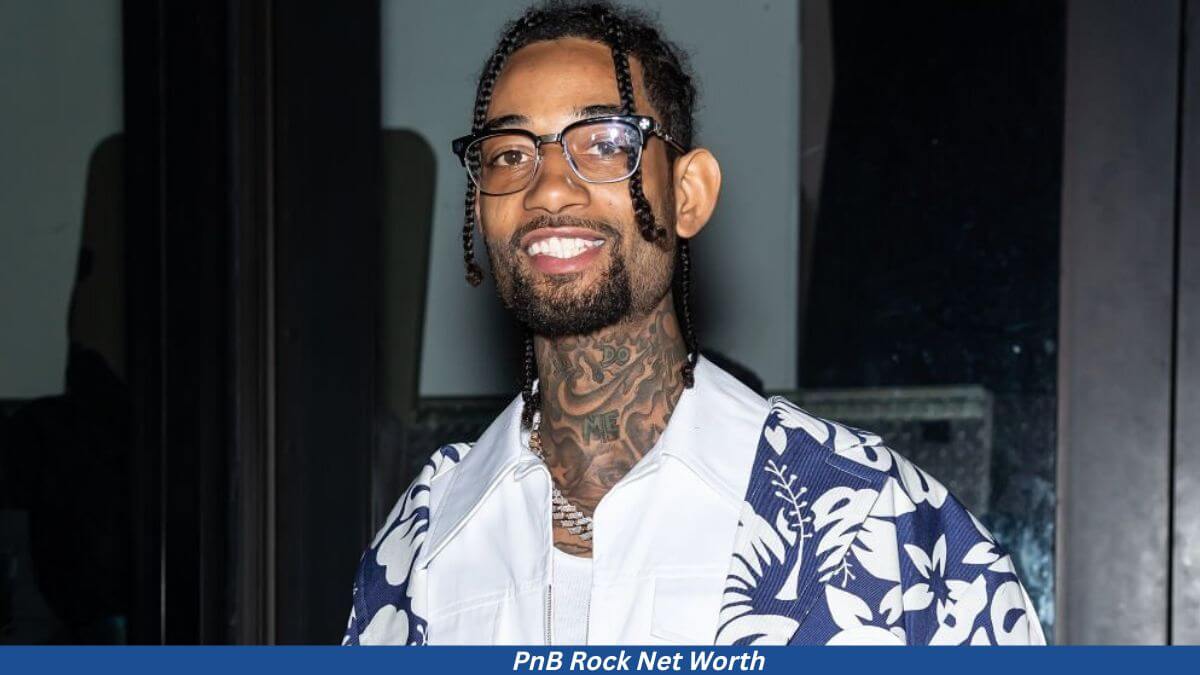 The world of rap music has seen major transitions over time from Pac to Eminem to Travis Scott and has attracted a large audience. The music world has lost precious gems time and again.

One major rap artist with huge potential was Rakim Hasheem Allen better known as PnB Rock who was, unfortunately, shot dead on September 12, 2022.

PnB Rock rose to fame with his single titled “Selfish” in the year 2016 and continued to produce talented work until the end. The 30-year-old rapper had a lot of talent and potential.

Further in this article, we will get to know more about PnB Rock’s age, height, relationships, controversies, and more.

The rap world lost a potential growing star and he went by the name of PnB Rock. PnB Rock was born as Rakim Hasheem Allen on December 9, 1991, in Philadelphia, Pennsylvania.

He gave the audience the hit single titled “Selfish” in 2016 which made it to the US Billboard Hot 100, number 51. He has collaborated with other famous artists and was also a part of the late XXXTentacion’s hit song “Changes”.

He was recognized by famous magazines that featured him. Despite all odds, the rapper managed to move forward from the tough life he had and made a successful career for himself until he had an untimely death.

What Is The Net Worth And Salary Of PnB Rock?

In his career, Rakim Hasheem Allen managed to grow and achieve a lot of success. The rapper who goes by the name PnB Rock had a Net worth of 4 million dollars in the year 2022.

He earned fame and money from the hit singles and albums he produced and the live shows and concerts which attracted a lot of people.

Must Read: How Much Is Joe Keery Net Worth In 2022? Girlfriend, Age, Movies, Bio

At a very early stage in life, Rakim Hasheem Allen aka PnB Rock went through things no child should go through. When he was only 3 years old, his father was murdered and hence he was raised by a single mother.

He has four siblings whom he grew up with and moved from one shelter home to another. A rough childhood can lead to a lot of behavioral issues and PnB Rock was a victim of the same. He was sent to a detention program when he was only 13 years old.

The rapper went through one bad situation after another. He even lost his uncle because he was murdered when PnB Rock was 15 years old. At the young age of 19 years, he was sentenced to 33 months in prison due to various crimes mostly involving drugs.

Prison is never good for one’s record and led to PnB Rock facing a hard time after he was released. As time passed the rapper realized his calling and took the name PnB Rock which was inspired by a street corner dear to him, Pastorious and Baynton. Rough times existed but also helped shape the rapper’s career which unfortunately ended early.

We know by now that rapper PnB had a rough childhood and even as a young adult, he was barely making ends meet. After adopting his rapper name PnB, he released his first mixtape in the year 2014 and worked hard to try and sell the same.

The mixtape managed to draw the attention of some recognized labels and in the year 2015, after his intense hard work, PnB Rock signed a contract with Atlantic Records.

He dropped his third mixtape which had the title “RnB3” with the help of this record company. Later, in the same year, he released his song titled “Fleek” which gained the attention of a large audience and went viral.

An official music video was made for the song which had 65 million views on YouTube. He produced his hit single in the year 2016 titled “selfish” which actually got him the fame he had until the day he died.

In the following year, the rapper released his debut album which received the 17th position on the Billboard 200 chart, and in the year 2019, he dropped his second album which gained the 4th spot. His collaborations have also received a lot of success.

How Much PnB Rock Earned From His Entire Career Before Death?

As mentioned earlier, the late famous rapper, achieved a lot of success in his career. Until the time of his death, his annual income was estimated to be over 150 thousand dollars. The rapper had a net worth of 1.7 million in the year 2018.

In the following year, PnB Rock Net Worth rose to 2 million dollars. In the year 2020, it was around 2.5 million dollars and in 2021 it was 3 million. His net worth increased every year proving that the artist had immense potential and was growing.

The American rapper has 2 daughters. His eldest is named Milan and she is from a previous relationship. The rapper had her when he was merely 21 years old in the year 2013 and from what we know, he separated from Milan’s mother after she was born.

His younger daughter’s mother is Stephanie Sibounheuang, a social media star who has dated the star for 2 years.

The couple called it quits but they were both out together when the actor was killed. The rapper was proud of his daughters and spoke of them fondly. Along with his 2 daughters, the rapper also has a brother PnB Meen who too is a rapper and remains in the picture.

The late American rapper PnB Rock received love and appreciation along with great success during his career. He didn’t receive any awards but he has received special mentions in famous magazines including XXL Freshman Class, 2017 edition, and Rolling Stone magazine.

The Talk On Social Media About PnB Rock

The late rapper managed to make news on various occasions due to his scandalous past and not so wise decisions. Fame comes with a cost and the rapper to has been spoken about.

Besides the negative comments passed by the audience, he has also been greatly appreciated by his fans who enjoy his music.

The fans and audience are saddened by his untimely death and the fact that he was murdered has hurt the audience deeply. The audience took to social media to express their feelings and hope that he rests in peace.

He is being called a legend who gave good music to the industry. The rapper had a good career which was short but has left a mark on the people. the well-wishers hope that he gets justice and is never forgotten.