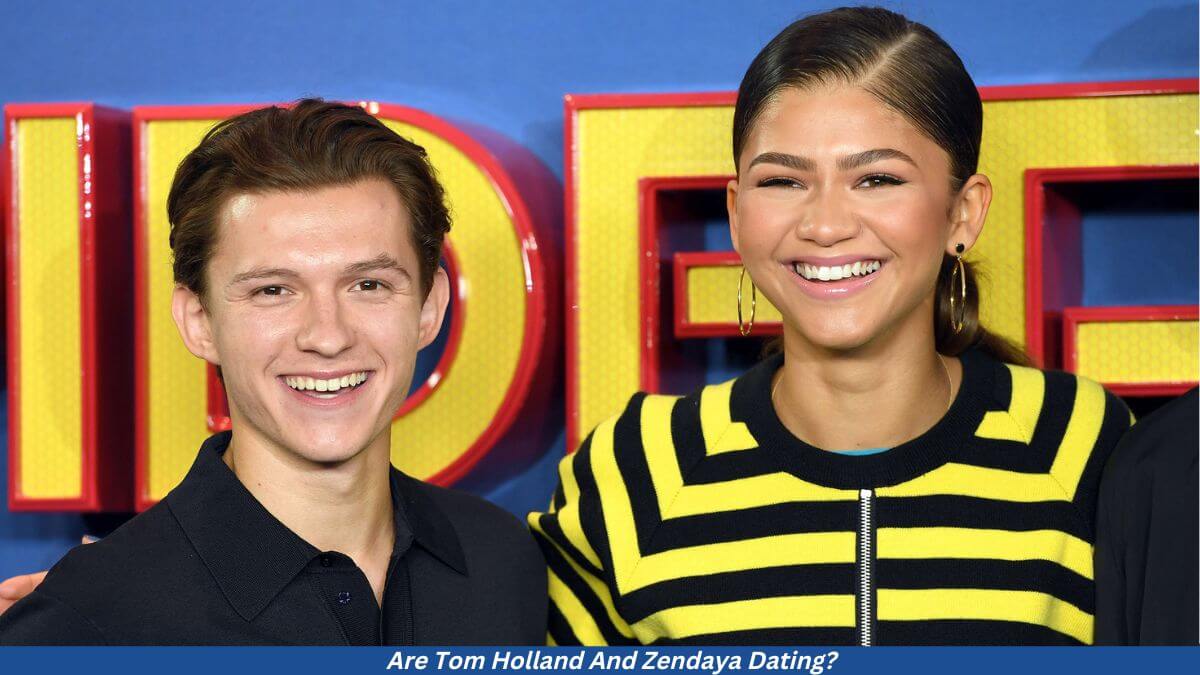 It wasn’t that hard to stomp the violin, since the relationship goals of Zendaya and Tom Holland were pretty much obvious for anyone to spot. Buzzing in the tweets, the power couple has been dodging the questions ever since they have been asked about their closeness. Well, do you think they are smart enough to hide their chemistry behind the so-called term, friendship? Or would they be telling the truth?

Okay, we do agree that they could be friends, but how about their smooching in the car shot by the paparazzi in Los Angeles in July?

That was seriously a cool makeout scene we have seen lately as if the duo was still playing some kind of Hollywood movie romance. We are finally glad to have proof of the love story of the two incredible icons of today. Cheers to the photographer!

Are Tom Holland And Zendaya Really A Pair?

It seems like the connection of the Spider-Man co-stars, Zendaya and Tom has been venturing into new milestones latterly. The pair was shot in a black Audi sports car all packed with the PDA at a red light on a sunny evening in July. At some point, the Cherry actor was caressing Zendaya, touching her chin while inside the car.

For years, the perfect match was denying their dating rumors, claiming they were “just friends”. They often leave us befuddled in the middle, making it hard for us to determine what actually was being played. However, they can no longer swerve from the gossip. We have caught them in the headlights.

Initially, things were only a hunch, but when Tom Holland called her “his MJ” while wishing the Euphoria star on her 25th birthday, we all got paused there for a second. That was one of the other adorable moments of the power couple before the camera, (we don’t know the BTS though) which drew our attention instantly.

Zendaya was neither any less. She penned down one of the most romantic birthday wishes ever and you cannot convince us otherwise, on the occasion of Tom’s 26th birthday, coupled with a B&W picture of the duo smiling on IG.

Even the picture was so dreamy with her emerging to be wrapped in the hands of Tom Holland looking at a distance, while him staring right at the camera lens.

But, how did they get here in the first place? Let’s take a look back then,

A Sneak Peek At Zendaya And Tom’s Love Story

Rumors began back in 2017 when Zendaya was cast along with Tom Holland as Peter Parker’s classmate Michelle in Spider-Man: Homecoming.

Although the couple did things secretly, keeping it private and hiding it from the public eye, an insider previously told in 2017 that they were seeing each other and spending time with one another, every time, which is making sense now.

But, the pair at the time, laughed off the talks, making it seem like a muckrake. However, they were chomping at the bit and were holding up until Zendaya’s 26th birthday – September 1-  but sadly, Tom did not show up on social media this time, unlike last year leaving their buffs upset.

Well, we forgot to tell you that Tom Holland was on a break from the socials as he had to prioritize his mental health, which would have compelled him to maintain a distance from the gram this September.

But don’t you misunderstand our favorite Spider-Man couple. They are still the prince and princesses of our imagination. Let us break that down for you.

While the KC Undercover star was busy in Budapest with the Dune sequel shoot, Tom Holland, who could barely stay without his GF, went all the way across the pond to visit her, which made us believe in the dedication of our favored Tom- we stan a sincere prince.

At the time, Tom had his schedule for The Crowded Room in NYC, while Zendaya was already on the film set. However, it was cute how the pair made time in the hustle and went for a scooter-riding date in the capital of Hungary, leaving Twitter flared.

Anyway, rumors claiming “Tomdaya” are an item have been flashing on the internet every now and then– publicly isn’t a matter to dwell on for a pair like Tom Holland and Zendaya.

Do you remember the pregnancy scandal that claimed Zendaya was carrying the baby of Tom back in June? That was a mess for sure, but our queen handled it in such a way, clarifying why she is actually a queen. Zendaya literally wrote a short line on her Instagram story, pointing at the scam, making it understandable why she chose to stay off Twitter.

Anyway, that was not closure for their closeness, you would have already known that by now. In June again, Tom was renamed by the British Vogue, who referred to him as Mr.Zendaya– how cute! No no, the couple never got married or even engaged, but the Internet was storming with the brand new nickname entitled for the Spider-Man principal actor.

The naming received mixed responses from the fans, but they did not miss, or in other words, the Tomdaya fans were intelligent enough to spot when Zendaya wore a jersey written as Holland and Tom wore one with a Zendaya impression. They truly have more than something to adore. Definitely, the name swap was also so pure! The fans were speculating Tom to giggle while reading the tabloids calling him Mr.Zendaya.

In April, during Zendaya shoot for The Challenges in the City, she was spotted with Tom Holland, rocking jeans and a grey sweater topped with a Fendi bag in Boston. What we are about to say could make you feel too single as Zendaya and Tom Holland held hands inside Tom’s pocket. Like what!!! They must be living in a movie or something.

Looking high-end and fashionable, Tom Holland and Zendaya were clicked on April 16, Saturday on the streets of NYC, seeming like they spent Easter eve together. The couple got nearly drenched but there was no compromise with their looks as they still remained to be killingly fashionable. Not even once have we found the couple looking moderate, they always step out in style.

A month ago, in March, Scott Lundgren, a fan, shared a snap on IG of the duo seated together at Tatte Bakery in Boston, having fun. The same image was shared by a fan account of Zendaya on Twitter as well.

Glimpses of their love story do not end there. In the flashback, Francesco Panella, the owner of the Antica Pesa restaurant in Italy, shared a picture with Tom Holland and Zendaya thanking them for having dinner at his place.

But the story is not about the picture or the restaurant, it’s about how Tom hopped on a plane and went to meet Zendaya who was in Rome being the face of Valentino’s latest campaign. The pair often make us wonder how they are still making time for each other even after being tied up with their own endeavors.

But to be precise, everything started when Tom Holland posted a photo of them in a pool along with his friend with a casual caption that said “Summer Holidays”. Certain things only look casual, but will have a long backstory, like this! However, we do hope for the best to happen for the two.

Who is Jesse Anderson? Who Was Killed Along With...