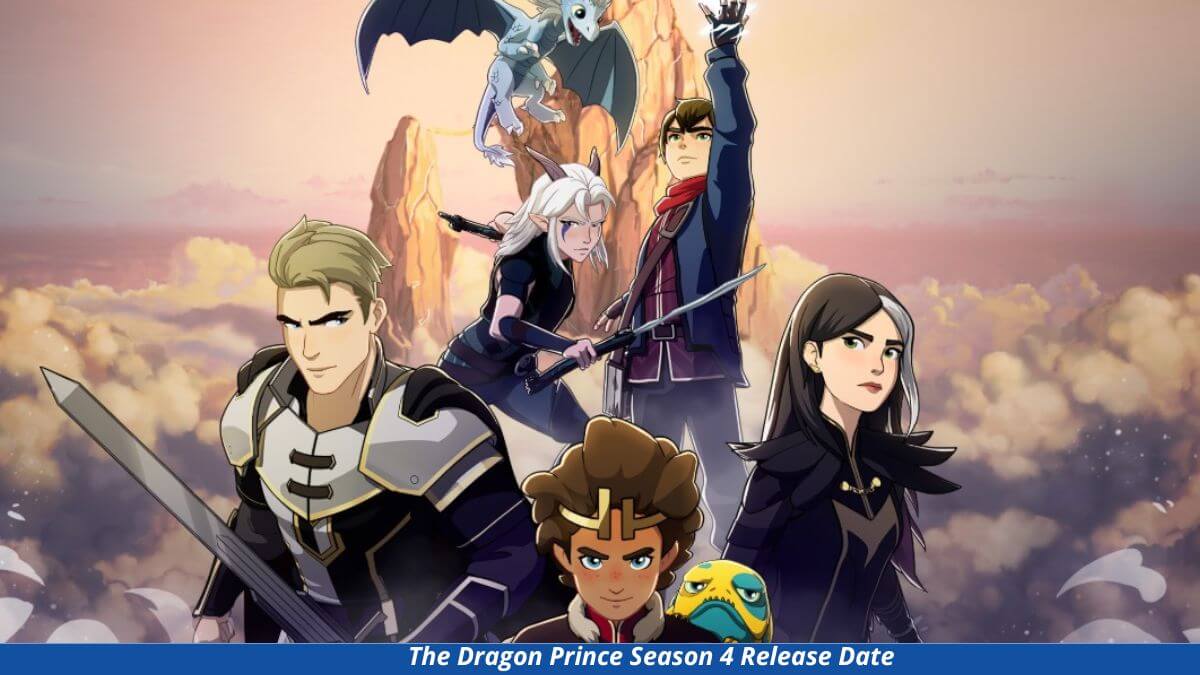 The Dragon Prince is an animated fantasy series first aired in 2018 and is now retuning with its The Dragon Prince Season 4 sometime in November 2022. The series was created for Netflix by Justin Richmond and Aaron Ehasz.

With the writer Aaron Ehasz, who was former head writer of Avatar: The Last Airbender, The Dragon Prince has become widely popular. It is the story is set in a fantasy world and is rich in magic. The characters include humans, dragons and elves. Here’s everything that is announced about season 4 so far.

Is Season 4 Of Dragon Prince Coming Out?

The dragon prince can be said to be one of the most successful animated franchises on Netflix. It received an Emmy for being an outstanding children’s animated program and also has a video game in development that is set in the same world as the series.

Creators were able to lay a vision for the series till season 7. Season 1, 2 and 3 were called moon, sky and sun respectively and season 4 is set to called ‘Earth.’ The season is currently under production.

The Dragon Prince follows a story about two human princes as they embark on an unexpected journey to bring peace to their country with an assassin elf which was sent to kill them. This strange trio makes it their aim to take the dragon egg to the elven realm safely.

After all the “delayed” renewal announcements, season 4 for the dragon prince is expected to be released sometime in November 2022. The first season of the dragon prince was first aired on September 14, 2018 and acquired an IMDB rating of 8.4. Season 3 has increased the average score of the series with comparison to the previous seasons.

Must Read: Top 10 Anime Of The Week- What Anime Are Trending Right Now?

My Hero Academia Season 6 Confirmed!! Release Date, Where To Watch, And More

Now we are aware that the fourth season of the dragon prince will be called Book 4: Earth.

There were indications of everything to be shaping up towards a happy ending when Zym’s mother reawakened and the friendship between humans and elves was resuscitated. viren fell off the mountaintop with Ryla and supposedly dies, but Claudia, his daughter, brought him back to life.

Claudia was concerned about where Aaravos was and pointed out the gigantic cocoon on the wall of the cave. It wasn’t clear how much power Viren absorbed from the baby dragon Zym but apparently it was enough for Aaravos’ creature to go into metamorphosis.

There’s a possibility about how the creature might rival the powers of a dragon after hatching from the cocoon. The one certain thing is- Aaravos, Viren and Claudia are till a grave threat.

Where To Watch The Dragon Prince Season 4 ?

The series is exclusively streaming on Netflix for three season and the upcoming fourth season will also be streaming on the very same platform. The series may not be called anime, because of it lacking the Japanese touch and the fact that its drawings are made with modern technology, but surely looks like it.

• Ezran voiced by Sasha Rojen as

• Claudia voiced by Racquel Belmonte as

• Soren voiced by Jesse Inocalla as

Talk On Social Media About The Dragon Prince Season 4

As the dragon prince is a huge hit among children and adults too, the audience eagerly awaits the upcoming season as it is already a year late.

The team also released a new poster for the dragon prince which teased and gave fans their first look at Ezran and Zym where they look significantly different from their last appearance in The Dragon Prince season 3.

What To Expect From The Dragon Prince Season 4?

The relationship between Callum and Rayla will be more fun to explore in the upcoming season after finally admitting their love for one another. It wasn’t clear at the end of The Dragon Prince season 3, but Rayla needs to recover Viren’s coins which contain the trapped souls of other Moonshadow Elves.

Callum continues to grow in strength with his magic and is expected to improve his abilities. He his expected to face viren or Claudia in a climactic fight, magic vs magic which indeed will be epic. In the previous season Ezran started to come into his own as a king and will make a great kingdom with his friends on his side.

His ability to make friends with animals and other creatures will help him supremely in trying to maintain peace among Dragons, Humans and the Elves.

7. The Dagger and the Wolf

4. Voyage of the Ruthless

8. The book of destiny

In the Dark Season 4 released! everything you need to know