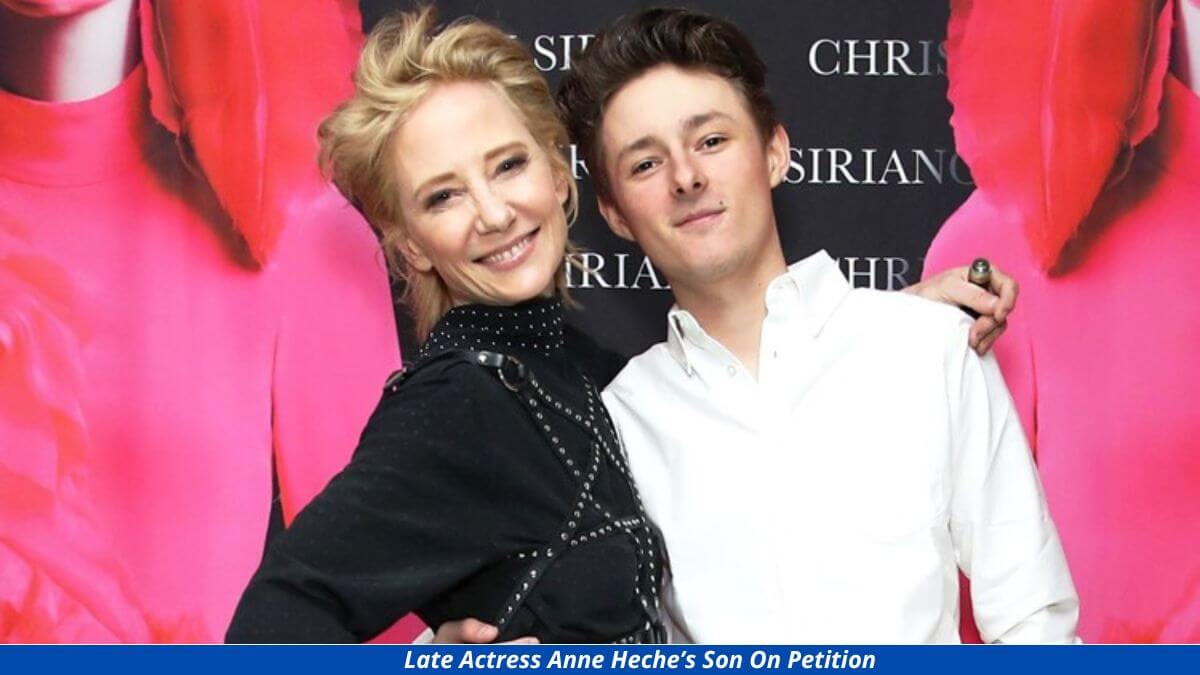 Anne Heche, one of the most stupendous and biggest film stars of the late 1990s, passed away on August 11, 2022. Anne Celeste Heche, popular American actress was born on May 25, 1969. Her net worth is estimated at $4 Million at the time of her death.

Anne died in a car crash and this news was shocking to the outside world. She in her late 90s with her bewitching beauty and talents had swooped into the lives of the people across the globe. But the current predicament lies after she took a heavenly residence.

Anne’s unexpected death has turned into something nasty. She unfortunately died without a will. So now her wealth and assets have no lord to control. Her older son, Homer Laffoon has asked the court to delegate him to control his beloved mother’s enormous wealth and assets.

Homer, being a twenty year old boy, has filed a petition for the rights to access his mother’s wealth, especially a big estate. The estate obviously consists of two intestate heirs. One is of course, Homer Laffoon and the other heir is his younger brother Atlas Heche Tupper. And in the petition it says that since Homer is an adult he has the right to handle his mother’s wealth and since his baby brother is minor,  the case does not stand.

Anne was in a ventilator for quite long, and doctors confirmed her death after taking her life support. “ My brother Atlas and I lost our Mom. After six days of almost unbelievable emotional swings, I am left with a deep, wordless sadness. Hopefully my mom is free from pain and beginning to explore what I like to imagine as her eternal freedom”.  Homer sadly said to CNN on August 14.

Anne was married to Coleman Laffoon from 2001 to 2009, he was a television camera operator and they share a son named Homer Laffoon. Later she was in a relationship with James Tupper from 2007 to 2018, he was an actor and they both had a son named Atlas Tupper.

Anne was born on May 25 in Aurora, Ohio. Her parents were Nancy Heche and Donald Joe Heche. Her childhood was full of migration because of her family’s instability in financial matters. In an interview Anne has said about her father’s income “ well, he was a choir director. But I don’t think he made much on  that a week. He said that he was involved in a business of gas and oil, and he never ever was involved in the business of gas and oil ever”. Her father died of AIDS when Anne was thirteen years of age. Anne had herself said about her dad that he was a promiscuous man and had many gay relationships. Anne without any hesitation has said that her own father raped her from the time she was an infant to a girl of twelve.

When Anne’s brother died,though it was initially claimed as a car accident, she accentuated that it was a suicide. Her family’s financial crisis was deeply affecting the welfare of Anne and her siblings.

Anne Heche and her incessant desire to become an actress, got a chance to be on the soap opera Another World and this was her debut television role.

Her feature film debut named ‘The Adventures of Huck Finn’ in Disney’s gave her an enormous space in the entertainment industry with sharing screen with Elijah Wood.

Anne began to taste the flavour of success when she played a wonderful role as the wife of an FBI undercover agent, drama ‘Donnie Brasco’. Her performance in that film was astounding and she has received many accolades for that brilliant work. Janet Maslin , a critic, said that “Heche does  well in what could have been a thankless role”.

‘Six Days, Seven Nights’ 1998 romantic adventure, was her major lead role as an actress in a major big-budget film.

Her other breakthrough was made possible in Alfred Hitchcock’s ‘Psycho’. This film was deeply rooted in the oedipus complex where a son is preserving his mother’s corpse.

She has won many awards and nominations for her stupendous talents.

In 1989, Anne was nominated for Daytime Emmy Awards for Outstanding Younger Actress in a Drama series

In 1991, she was the recipient of Daytime Emmy Awards for Outstanding Younger Actress in a Drama series.

In 1999, she won Fangoria Chainsaw Awards for Best Actress.

In 1999, she won Saturn Awards for Best Supporting Actress.