Joey Defrancesco, the munificent Jazz Organist, saxophonist, and trumpeter of America died on...
HomeSeriesThe Wheel Of...

The Wheel Of Time Season 2 Release Date: Everything We Know So Far! 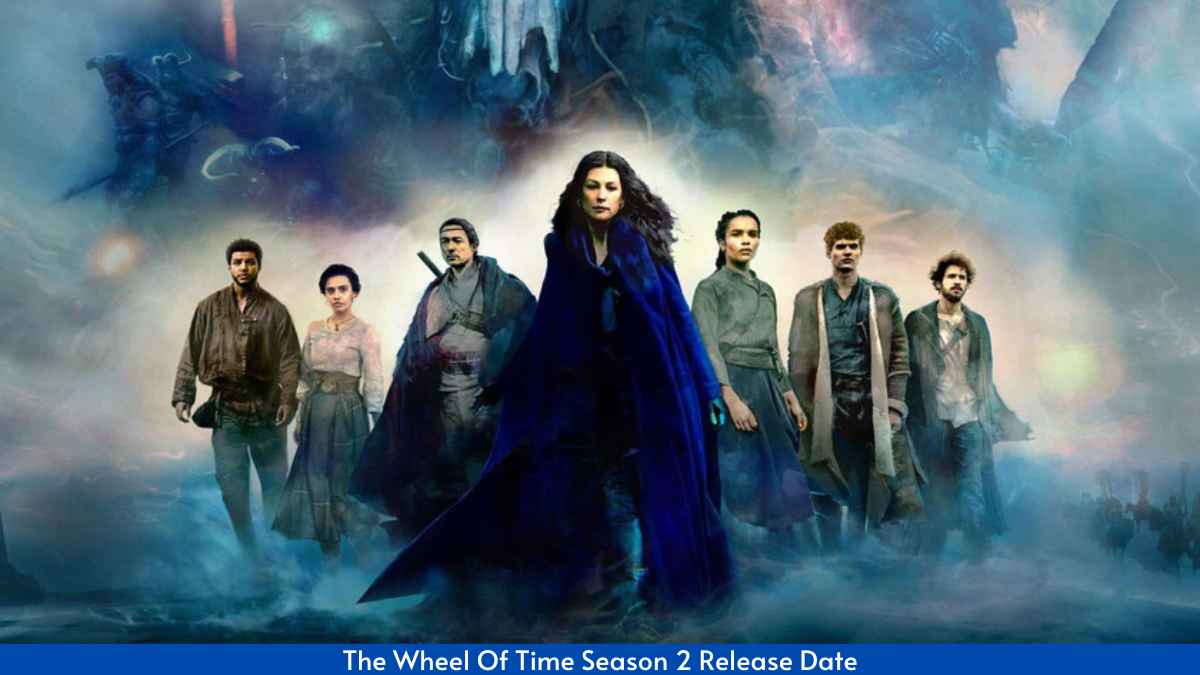 The Wheel Of Time is an American television series exploring the genres of epic fantasy, drama, and action. The show was developed by Rafe Judkins for the online streaming platform Amazon Prime Video. The show is based on the novel series of the name “The Wheel Of Time” by Robert Jordan.

Will There Be A Season 2 For The Wheel Of Time?

Sony Pictures Television Distribution and Amazon Studios are the distributors of the series. The original distributing network of the show is Amazon prime videos. The show released its first season on 19th November 2021.

Where Was Mat At The End Of Wheel Of Time?

The Wheel Of Time Season 2 streaming will be done on the online television platform, the official release date has not yet been announced. However, according to the ongoing speculations it is expected to have a late fall release in the year 2022. Since the Wheel Of Time Season 1 wrapped up in May 2021 and was released the following November it makes sense that season two will follow a similar fall release pattern.

The Wheel Of Time Season 2 release date has not yet been confirmed by the makers of the show, but it is expected to be released by the end of the year 2022. The official announcement will soon be made about the show’s official release date.

The show is expected to follow a similar fall release pattern just like the previous season one.

The Wheel Of Time Season 2 Cast

On The Come Up Expected Release Date On Paramount+, Trailer, Cast, And More

The Wheel Of Time Season 2 The Talk On Social Media

The Wheel Of Time Season 2 spoilers reveal that there will be a chase for the Horn of Valere, a glimpse of which might be given in the upcoming trailer.

Also according to sources, the Wheel Of Time Season 2 first episode will be titled “A taste of Solitude”.

According to the ongoing rumors on the various social media platforms, it is revealed that The Wheel Of Time Season 2 will have better visual effects, more immersive set design and costumes, a more consistent writing and structure. It is expected to follow the source material which is the wheel of time series novels better this time.

What To Expect From The Wheel Of Time Season 2?

The Wheel Of Time Season 2 plot will pay focus on the second book named The Great Hunt. The plot of the upcoming season will indicate the thread of the great hunt. Padan Fain acquired the Horn of Valere from Fal Dara, so it is expected that season two will surely display the show’s main lead characters Aka the heroes of the show chasing Padan Fain to reacquire the Horn of Valere from him.

Season two will follow the storyline of the original novels, there will be a lot of action and battle scenes. The audience will also witness a few new cast members like Ceara Coveney as Elayne Trakand, Natasha O’Keeffe, Meera Syal, and Ayoola Smart.

The Wheel Of Time Season 2 episodes will have an increased run length as compared to season one episodes. There will be a total of 8 episodes just like season one, no information regarding the release pattern of the episodes has yet been revealed by the makers. It is expected that a few episodes could be released in one go whereas others could follow a weekly release pattern.

The Wheel Of Time Season 2 Trailer

The Wheel Of Time Season 2 trailer has not yet been revealed by the makers of the show. The makers of the show did release a teaser that displayed a wrap of season 2 filming and highlighted the props, writers, and the cast of the show working on set. The official trailer will soon be released by Amazon prime videos.

The YouTube link of the released behind-the-scenes teaser of the upcoming second season of the wheel of time is given below: