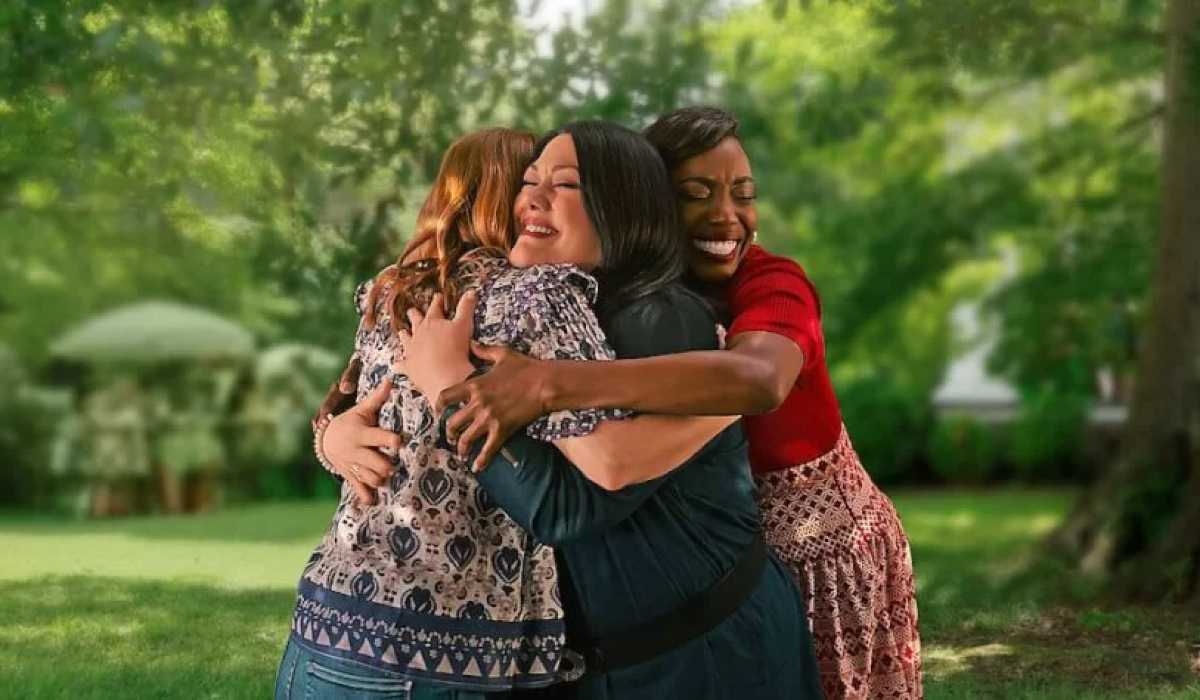 Sweet Magnolias season 3 release date has not been confirmed by the makers of the show but according to the ongoing rumors, it is believed that the filming and production photography have already started for the third season.

Sweet Magnolias is an American Netflix streaming television series exploring the genres of romance and drama. The show was developed by Sheryl J. Anderson and is based on a novel named Sweet Magnolias by Sherryl Woods.

The story of Sweet Magnolias revolves around three South Carolina women who are best friends since their childhood, helping and protecting each other through the complexities and drama of romance, career, and family.

Sherryl Woods, Sheryl J. Anderson, and Dan Paulson are the show’s executive producers along with Matt Drake and Albert T. Dickerson III being the producers of this incredibly hit Netflix series.

The United States is the country of origin of the show with English as the original language. Daniel L. Paulson Productions is the production house involved. As of the year 2022, a total of two seasons have been released with twenty episodes in all.

Will There Be A Season 3 Of Sweet Magnolias?

The series’ main lead cast includes JoAnna Garcia Swisher, Brooke Elliott, Heather Headley, and Jamie Lynn Spears. It was released on the online streaming platform Netflix on 19th May 2020. Soon after its success, the show was renewed for a second season in July 2020.

On 4th February 2022 the second season finally premiered with a total of ten episodes. Then, the series was renewed for a third season in May 2022.

Sweet Magnolias season 3 streaming will also be done on the online streaming platform Netflix. The upcoming third season’s episodes are also going to be dropped on the same day of its release. Thus, following a similar pattern to the show’s previous seasons.

As of now no official release date has been mentioned by the makers of the show, it is expected to be released in the end of the year 2022 or the start of 2023.

Sweet Magnolias season 3 release date has not been confirmed by the makers of the show but according to the ongoing rumors, it is believed that the filming and production photography have already started for the third season.

What Could The Plot of Sweet Magnolias Season Be About?

Where To Watch Sweet Magnolias Season 3?

Sweet Magnolias season 3 will be available to stream online on Netflix. The audience can also watch the previous season one and two on Netflix. The third season release date has not yet been revealed by the makers of the show. It is expected to be arriving anytime at the end of the year 2022 or the start of 2023.

Who Could Join The Cast Of Sweet Magnolias Season 3?

Some of the recurring cast members from the show’s previous seasons, a few of which could also be seen in the upcoming season 3 are Chris Medlin as Isaac Downey, Bianca Berry Tarantino as Katie Townsend, Frank Oakley III as Harlan Bixby, Allison Gabriel as Mary Vaughn Lewis, Simone Lockhart as Nellie Lewis, Brittany L.

The Talk On Social Media About Sweet Magnolias Season 3

Sweet Magnolias season 3 spoilers are talking about the show’s ongoing romantic thread and trying to guess whether Helen will accept Ryan’s proposal. The theories floating online are suggesting that Helen will accept his proposal and the fans will get to witness some good amount of romantic drama between the two characters.

Th ongoing buzz regarding the start of filming and production process has been shared by many of the cast members of the show, with JoAnna Garcia Swisher revealing the news from her Instagram post along with Heather Headley and Brooke Elliott teasing the fans with the upcoming season three bits and pieces.

What To Expect From Sweet Magnolias Season 3?

Sweet Magnolias season 3 will be trying to answer the cliff hangers that were left off at the end of season two. Season three might reveal the lunatic who slashed Dana Sue’s Tyre and it will also reveal Helen’s response to Ryan’s proposal.

It is also expected to reveal the true character and identity of Cal and whether Victoria will ever come back to Serenity.

Sweet Magnolias season 3-episode guide has not yet been released by the makers of the show, but it is expected to have a total of ten episodes. Also, the average runtime of each episode is expected to be around forty-three minutes to fifty-four minutes in all. Thus, following a similar pattern to the series’ previous seasons one and two.

Season one of Sweet Magnolias had a total of ten episodes with season two also having 10 episodes. All the twenty episodes released so far are available to be streamed on the online streaming platform Netflix.

Is There Sweet Magnolias Season 3 Trailer?

Sweet Magnolias season 3 trailer has not yet been revealed by the makers of the show. However, it is expected to be released any time before the start of 2023 by Netflix. Since the production and filming have already started for the third season, the audience will not have to wait longer for an official trailer.