Joey Defrancesco, the munificent Jazz Organist, saxophonist, and trumpeter of America died on...
HomeEntertainmentHouse Of Hammer...

House Of Hammer Release Date, Cast, And Where To Watch! 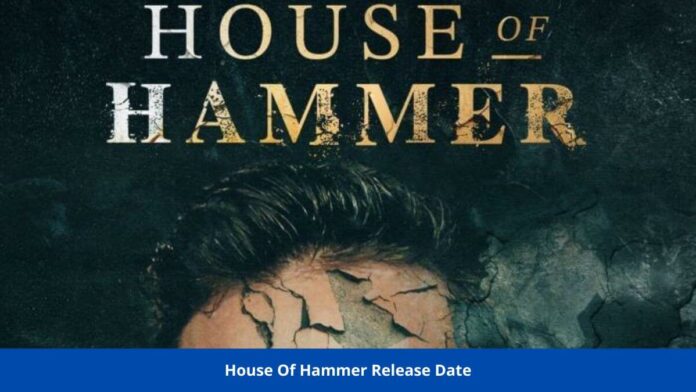 House of Hammer is an upcoming series that will reveal more about the allegations. House Of Hammer will be released on 2 September 2022. We will hear directly from Hammer’s alleged victims along with a member of his family.

“Appearances can be deceptive.” “Never judge a book by its cover”. These are a few famous sayings we hear time and again. The “Call Me by Your Name” star Armie Hammer is a suitable example of the same.

The audience loved his role in that movie as well as in the movies “The Social Network”, “Death on the Nile”, “Rebecca” etc. the handsome actor had quite the fan following until things changed drastically for him in the year 2021.

Very serious allegations were made against the actor that changed everything for him as well as the people who appreciated him. Further in this article, we will learn more about the House of Hammer release date, its cast, streaming, and more.

What Is House Of Hammer About?

House of Hammer is one of those docuseries that we wish weren’t made because of the person it is about. This docuseries is based on the sexual and emotional abuse allegations made against the famous actor Armie Hammer and also allegations of him practicing cannibalism.

House of Hammer will not only give us an insight into the alleged true nature of Armie Hammer but also his family history which is filled with secrets and scandals that have been hidden from the world.

Dark and dirty secrets of the Hammer Family are going to be revealed in this series and we will hear about them through the victims of his abuse as well as his very own aunt. All these secrets are going to come to the surface through this show on September 2, 2022, on Discovery plus.

House of Hammer release date was officially announced a while back and the much-anticipated series is going to be released on September 2, 2022, on Discovery Plus. The description of the docuseries includes words like debauchery, deceit, abuse, corruption, and addiction.

These are the words that are being used to describe Armie Hammer and his family and the docuseries will tell us why. Armie Hammer, before his divorce in the year 2020 was viewed as a good, normal human being.

Getting separated after ten long years definitely brings up a few questions. Not long after the divorce was finalized, bizarre allegations against him started surfacing which created a ruckus in his life and he faced a major downfall.

According to reports, Armie Hammer also spent some time in a rehabilitation center with the help of the famous star, Robert Downey Junior. Hammer denied all allegations against him, but the alleged victims had proof that seemed legit. All of this will be showcased in the docuseries.

House of Hammer plot is going to revolves around the allegations that were made against Armie Hammer in 2021 along with his family history. The docuseries is going to introduce us to two of Armie Hammer’s alleged victims who will be telling their side of the story. The two alleged victims are Courtney Vucekovich and Julia Morrison who are going to share their encounters with the now infamous actor.

Along with their horrifying experiences, they also share screenshots of their conversations with him as well as alleged voice recordings which give us details of the actor’s bizarre fetishes and fantasies. Besides this, House of Hammer also gives us Armie Hammer’s family background through the words of his aunt Casey Hammer.

The infamous actor is the son of Michael Armand Hammer and great-grandson of Armand Hammer. Armand Hammer was an oil tycoon who was arrested for first-degree manslaughter. Casey Hammer reveals and confirms more dark secrets of the Hammer family in the series.

Where To Watch House Of Hammer?

As mentioned earlier, the docuseries is going to be premiering on September 2, 2022. House of Hammer streaming can be done on Discovery Plus which is available on famous platforms like Apple Tv, Android Tv, Roku, Amazon Fire Tv, Samsung Smart Tv, the Xbox, Chromecast, etc. Discovery Plus can also easily be streamed on iPads, iPhones, or any web browser.

House of Hammer release date, as well as the official trailer, have been released and the audience will soon be able to find out more about the controversial and infamous actor, Armie Hammer. The docuseries is going to be divided into three parts and will tell the stories of the alleged victims of the actor along with the dark secrets that have been buried in the Hammer family for a while.

House of Hammer cast doesn’t consist of actors or characters since it is a docuseries based on true events. The series includes two of Armie Hammer’s alleged victims and his aunt who reveal their encounters with Armie and secrets that the world doesn’t know.

The two victims are Courtney Vucekovich and Julia Morrison. Armie’s aunt is Casey Hammer who speaks about the dark secrets of their family.

The Rings Of Power Release Date Is Out!

The Talk On Social Media About House Of Hammer

Armie Hammer has been involved in controversies and scandals after allegations were made against him saying that he was a cannibal with weird rape and sexual fantasies. The alleged victims also shared proof of these alleged allegations through screenshots and voice notes.

House of Hammer is being actively spoken about since the audience and fans of the actor want to know the truth. The viewers have expressed that it’s disappointing to see such a great actor have such a terrible history after watching the trailer.

The audience is eagerly waiting to watch House of Hammer so as to find out more about the bizarre allegations. Some fans have also expressed that they are clueless about what is actually happening around the actor since his downfall and hence are looking forward to this series.

What To Expect From House Of Hammer?

The thrilling crime series House of Hammer is directed by Elli Hakami and Julian P. Hobbs. The production company of the show is Talos Films and it involves real-life characters who will be sharing their experiences. The trailer was released on August 10 which grabbed the attention of a lot of people and also gave them the chills.

Since, along with allegations, alleged proof in the form of screenshots and voice notes is also being revealed, it is hard to ignore the fact that Armie Hammer isn’t who he seemed he was and that there is a lot more to what meets the eye.

The title of the docuseries is House of Hammer which almost sounds like “house of horror” and that is something we can expect from the series, that truly horrific events will come to light related to the Hammer family.

The docuseries House of Hammer is divided into three parts which means that it’s going to have three episodes that will be premiering on Discovery Plus on September 2, 2022.

The official trailer of House of Hammer was released on August 10, 2022. The trailer begins with one of Armie Hammer’s alleged victims Courtney followed by another, Julia Morrison who was both involved with the famous actor. Both of them seem a bit shaken while sharing terrifying experiences with the actor in the trailer.

An alleged voice note is also played which is extremely disturbing. Casey Hammer, who is Armie’s aunt is also featured in the trailer calls Armie a devil, and also reveals more dirty secrets about her family.