Joey Defrancesco, the munificent Jazz Organist, saxophonist, and trumpeter of America died on...
HomeMoviesSpirit Halloween: The... 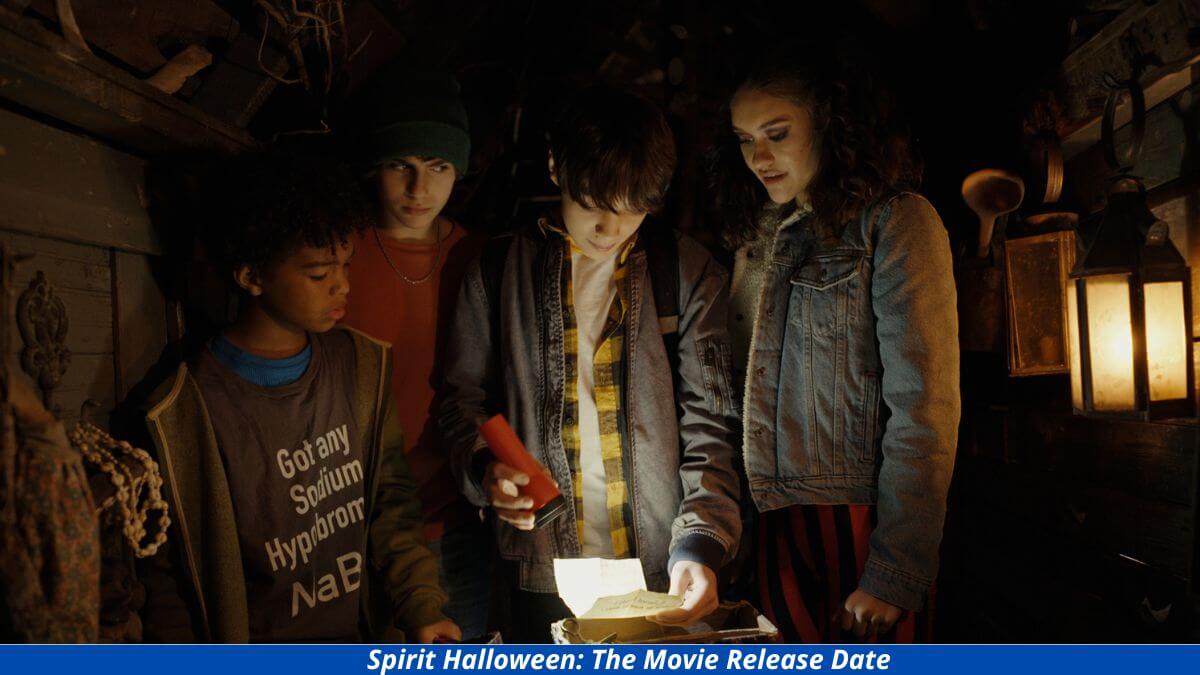 David Poag, who portrayed his talents as an astounding Cinematographer in “Painted Horses”, who is featuring his directorial debut with “ Spirit Halloween: The Movie”. Though Poag has shared a variety of roles like a writer, director, producer, and cinematographer which involves short films and documentaries.

When Does Spirit Halloween: The Movie Come Out?

Poag has shaken hands with the writer Billie Bates, the screenwriter of this film, taking his career into another realm, into a horror-adventure movie. They had kept this movie a top relative secret, even though it started filming in late 2019 and wrapped in November 2021.

With an official partnership with Spirit Halloween, this dreadful movie is produced by Strike Back Studios. So with great anticipation, Spirit Halloween: The Movie is coming to your houses on October 11, 2022, at your convenience, that is into digital streaming.

It was in April of this year that they publicly announced this movie for the first time. Spirit Halloween: The Movie will be released on Video on Demand for digital streaming on Tuesday, October 11, 2022. They haven’t announced the exact platform on which you can watch, but on demand, they will be premiering on the digital screen which would suffice for the viewers who are pretty afraid of horror adventures.

Horror adventures won’t be a cup of tea for everyone, who suffers from photo-sensitiveness, and who is also claustrophobic. But horror adventures could grip the audience from the start to the end with mind blogging events and nail-biting moments. Watching a horror movie at night and making ourselves leaden with fear is something extraordinary.

With much anticipation, Spirit Halloween: The Movie will be released on October 11, Tuesday, 2022. Since demand it is a digital streaming movie, horror movie lovers could watch according to their priorities. The artists involving this movie vow to not let the world know about this movie even when this movie got wrapped in November 2021.

They publicly announced it in April, and from that point, the public is avidly waiting for its release. Though a minority doesn’t like horror adventures, this movie could swoop into the lives of the viewers by instilling trepidation.

If you are dying to watch a horror-type movie and if you are impatient you can engage yourselves with similar movies that have come out in recent times. ‘Goosebumps’ film based on R L Stine’s children’s horror book series would be a fresh and great start.

Where To Engage Yourselves!

After the public announcement in April about this movie, viewers who are very fond of horror adventures are zestfully anticipating the release day. As we now know the release date, is October 11, 2022, and people are befuddled.

They are searching vehemently across the internet, to know about the online platform. Since this movie doesn’t screen in theatres or big screens, it is available in digital screening space. Due to the pandemic, several changes happened across the world.

Across the world, there happened a unanimous change, especially in the entertainment field where films started premiering on small screens, that is digital screens like mobile phones and tablets. OTT release was out of the equation before the pandemic hit the world pretty badly. Now everything is available at the tip of the finger and this drastic change in the entertainment field has its boon and bane.

At the opening of Spirit Halloween’s flagship store in Egg Harbor Township, New Jersey, the trailer premiered on July 30, 2022, and the trailer got numerous views and comments on YouTube. So now Halloween will pop up on the Tv screens or mobile screens.

Who’s In The Cast of Spirit Halloween: The Movie?

Christopher Lloyd as Alex Windsor ( the rapacious land baron, he is the ghost who returns to the town every year at Halloween)

Like horror movies, there won’t be abundant prolix characters. The characters will have compelling power to withstand their hurdles. Dainty-doll-type characters are always out of the equation in horror-like movies. With these characters, the movie will be worth a shot.

What’s Spirit Halloween: The Movie About?

This is indeed a family-friendly horror-adventure movie that focuses on Jake, Carson, and Bo, three middle-aged school boys. They are really stoked to go out and they three start an embarking journey unaware of something dastardly that is going to happen. A creepy area with an unpleasant atmosphere, there opens a spirit Halloween store.

There happens the rest of the story. Profoundly unaware of that legend who was surrounding their location, the three boys unknowingly step into hell. They had to endure hell-like experiences. Ambushed by the unfathomable spirit, the three boys cry for help.

The spirit Alex Windsor was a wealthy land developer and when he tried to bring out this land, he esoterically disappeared on Halloween. So he wanders there on Halloween to haunt the inhabitants. When the lights were off and when they got locked inside the store, the three realized that they had made a terrible mistake by coming there.

The malfunctions, lights being out and on, intricate cacophonies they had to experience realized the presence of inexplicable ghosts. Kate, Cranson’s older sister joins the haunted trepidation boys and the story takes it to another level. Horror movies are not usually prolix or plodding. It always makes its viewers grip to its end with dreadful events.

As the trailer indicates Kate who was meant to protect the boys later turned into another twist that they never foreseen or expected. The trailer puts forward questions like, will they survive that night? Or what will happen even if their protector turns into something deadly? This October will give a mind-numbing experience.

What’s In The Trailer?

Have you watched the trailer of Spirit Halloween: The Movie? The trailer is unapologetically mesmerizing with its stupendous sequences. The trailer tells us about the different hues of sequences with nail-biting events. Jake and his friends visit a supermarket.

They unknowingly enter into the realm of horrors.  The 3 friends and the story of their adventure is depicted where Alex Windsor ( the ghost) haunts mercilessly and relentlessly. A witch with her powers made him desiccate and now he is retaliating every year. The landscapes portrayed in the trailer are astoundingly beautiful. It’s more over-framed like a teen horror film.

Expecting a kind of experience while watching Annabelle or Conjuring is out of the question. The lights and sound effects in the trailer and their trials and trepidations being inside that mall is worth evoking dreadfulness. Kate, Carson’s older sister is possessed by Alex Windsor’s ghost. Although she tries several strategies to get rid of this haunting terror, she also gets possessed. The whole story happens inside a store.