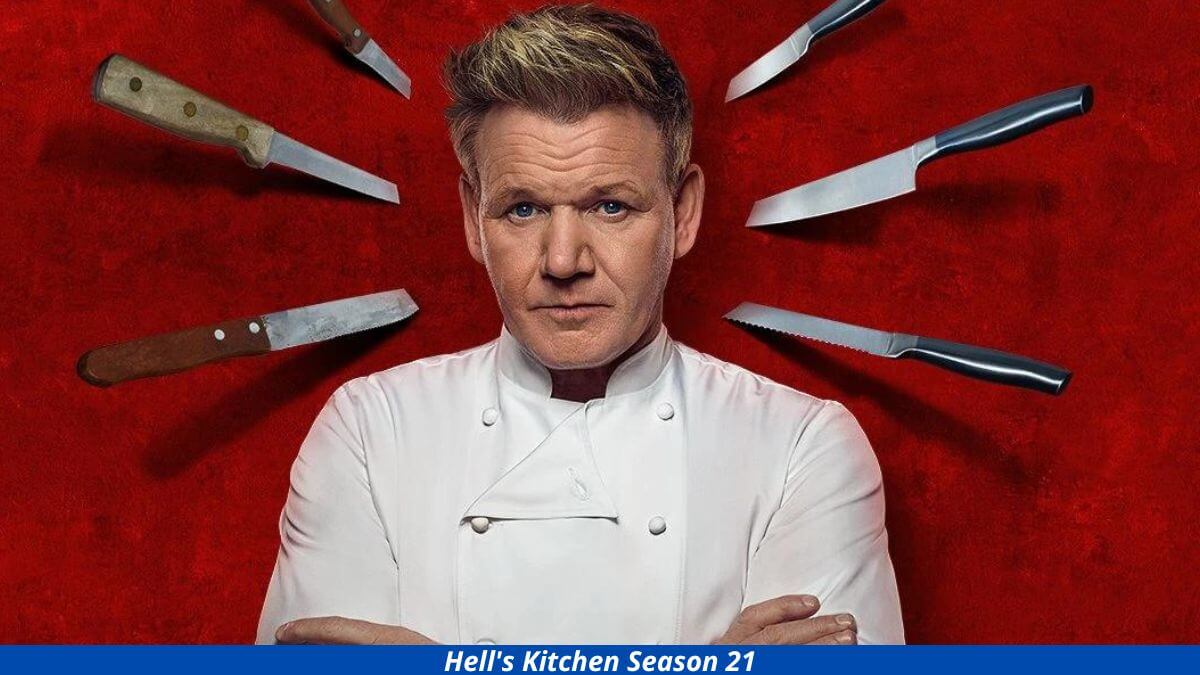 Hell’s Kitchen is a cooking competition in which hardworking talented chefs are tested on their culinary skills by the world-famous head chef Gordon Ramsey who also happens to be the creator of the show.

The Show has had 20 successful seasons so far and the winner of the 20th season was Trenton Garvey who proved that he had the endurance and skills to be a good chef over the course of the show. Hell’s Kitchen has received a lot of attention and recognition over the years and the renewal of a new season was good news for the audience.

The cooking show Hell’s Kitchen has gained a tremendous amount of popularity from the time of its release and because of that, the show has been renewed for 2 new seasons according to reports.

The production companies of the series include ITV Entertainment, ITV Studios, A. Smith & Co. productions, and more. The creator and heads Chef Gordon Ramsey has entertained the audience and kept them informed about the right cooking ways through his blunt commentary throughout the series. The show has also inspired a lot of upcoming chefs to step up their game and has provided its contestants with great opportunities.

Hell’s Kitchen season 21 release date was officially announced a while back and the show will be available to watch on September 29 2022 on the FOX network. According to reports, this season might have an Atlantic theme and the winner of this season is reportedly going to get a chance to be the head chef at the new Hell’s Kitchen restaurant which will be located in Atlantic City.

Hell’s Kitchen Season 20 was concluded in September 2021 with Trenton Garvey emerging as the winner of the show. FOX network renewed the show for 2 new seasons out of which Hell’s Kitchen season 21 release date was officially announced.

Hell’s Kitchen season 21 has the title “Battle of the Ages” which makes us keener to watch what this season will bring to the table, quite literally to the table since it is a cooking show. The aspiring chefs and food fanatics are definitely going to have a gala time once the show premieres in the month of September this year.

What Could The Plot Hell’s Kitchen Season 2 Be About?

Hell’s Kitchen Season 21 plot will revolve around the contestants trying to compete for the title of the winner of the show and also a chance to become a head chef at Hell’s Kitchen’s restaurant. This show has inspired a lot of aspiring chefs to up their game and has also provided the contestants with great insight and opportunities.

In the show, the contestants are usually divided into teams or are individually assigned cooking-related tasks by the one and only, culinary God Gordan Ramsey, who is the creator and host of the show.
The challenges and tasks that are assigned to the contestants have been carefully curated and are unique which helps assess their culinary skills in the best way possible. The show tells us that cooking delicious food is not all that it takes to be a good chef and own a restaurant.

To make this a full-time career, a good chef must have good assessment and leadership skills as well. The first challenge for this upcoming season will also most likely be the preparation of a signature dish since this is usually the first challenge that the contestants have faced in the previous seasons.

Where To Watch Hell’s Kitchen Season 21?

The Hell’s kitchen season 21 filming will also usually take place in a warehouse which includes a kitchen setting, a restaurant, and dormitories where the contestants can live. A fun fact includes that the aspiring chef contestants are allowed to keep their knives set regardless of their fate in the show.

He will challenge the contestants with tasks every week. The show is going to comprise 18 competitive talented chefs and the list of their names is given below:

The Talk On Social Media About  Hell’s Kitchen Season 21

Hell’s Kitchen has always been seen trending on social media due to the brutally honest head chef, creator, and host of the show, Gordan Ramsey. The show has an official Twitter page with the handle “@HellsKitchenFOX” and an official Instagram page with the handle “hellskitchenfox” which keeps the viewers updated with all news related to the show.

The audience has expressed how they are extremely excited for the new season of the show and that they are looking forward to seeing Ramsey in all his glory. The fans also mention that Gordon Ramsey has an amazing personality that has the capability of cheering them up.

The avid watchers are also excited after hearing that the new season might have an Atlantic City theme this time. All in all, the audience is looking forward to watching the new season of Hell’s Kitchen which will be premiering in the month of September.

What To Expect From Hell’s Kitchen Season 21?

Hell’s Kitchen has set a standard for its avid watchers and it is only fair that the audience expects great things from the season. Hell’s Kitchen season 21 will introduce us to 18 new chefs who aspire to be great at what they do.

The winner of Hell’s Kitchen Season 21 will get the amazing opportunity of being the executive chef at Hell’s Kitchen’s new restaurant that is expected to be opening in the Caesars Hotel and Casino in Atlantic City.

The show has been a great inspiration and entertainment for aspiring chefs and food fanatics and the new season will definitely bring in some exciting challenges and food-related tasks that will keep the audience entertained and hungry.

We will see the growth of all chefs among which. One will emerge as the winner due to his or her exceptional skills. Along with being entertained by Ramsey’s brutal and blunt commentary the audience can also expect to learn new things from this show.

Are Hell’s Kitchen Season 21 Episodes Out?

Hell’s Kitchen season 21 episode hasn’t officially been released yet but if the show follows a pattern similar to its previous seasons, we can expect the show to have around 16 episodes which will each be around 40 minutes long.

Is Hell’s Kitchen Season 21 Trailer Out?

Hell’s Kitchen season 21 trailer hasn’t been officially released yet but will most likely be released soon. A fan-made intro is given below.