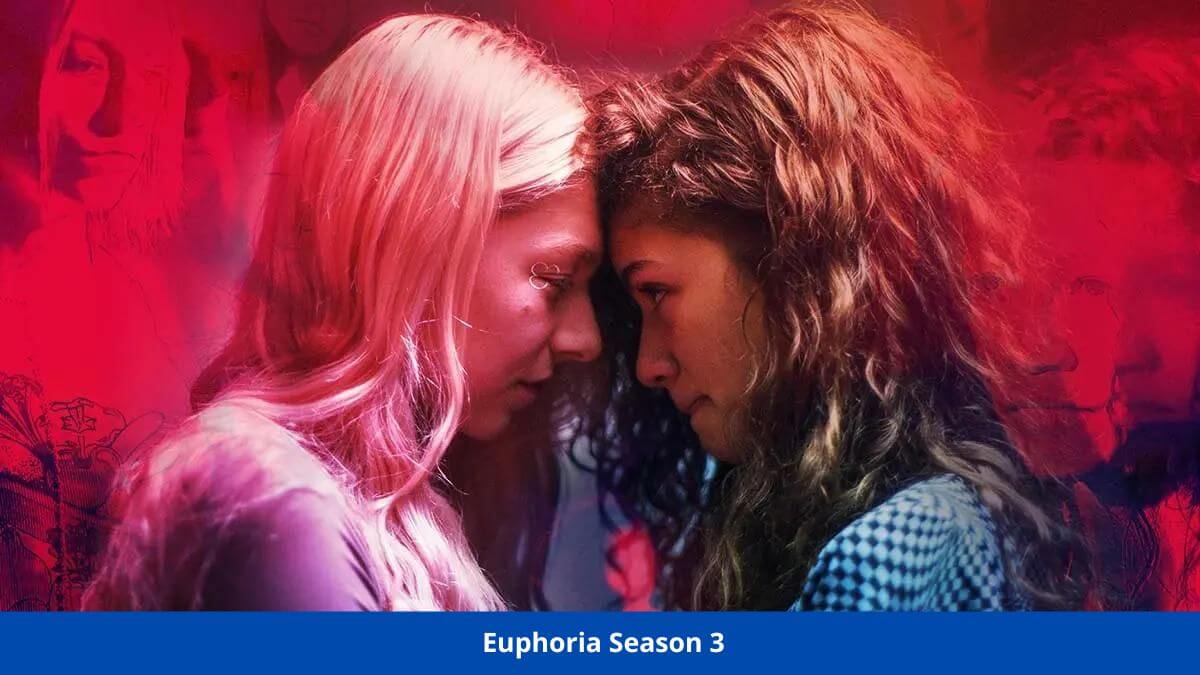 Euphoria is an American television series depicting teen drama, the series was created and written by Sam Levinson for the online streaming service HBO. Euphoria season 3 release date has not yet been confirmed by the makers of the show.

Euphoria Season 3 Release Date! What Do We Know So Far?

Euphoria season 3 is based on an Israeli miniseries of the same name (Euphoria) which was created by Ron Leshem and Daphna Levin. Levinson, Zendaya, Ron Leshem, and Gary Lennon are the series’ executive producers. The Reasonable Bunch, A24, Little Lamb, Dream Crew, ADD Content Agency, HOT, and TCDY Productions are the production companies involved along with Warner Bros.

Television Distribution is the distributor of the series. The country of origin is the United States with English as its original language.

As of the year 2022, the series has released two seasons and a total of eighteen episodes. The show’s filming locations include Ulysses S. Grant High School in Los Angeles, California, and Sony Studios in Culver City, California.

When Is Euphoria Season 3 Coming Out?

The show’s main lead character is Rue Bennett played by Zendaya, who happens to be a recovering teenage drug addict struggling to find her way in the chaotic world. The series has been praised for its cinematography, score, performances of the cast members including Zendaya, Sydney Sweeney, and Alexa Demie, and its unique approach to its mature subject matter depicting the real-life teenage drama.

Despite positive and negative reviews, it has become the second most watched show in the history of HBO, behind another HBO hit show Game of Thrones. The show premiered its first episode of season one on 16th June 2019 also the previous season two aired its final episode on February 28, 2022.

Euphoria season 3 streaming is expected to be done on the online streaming platform HBO Max and Disney plus Hotstar.

The show’s previous seasons one and two are also available to stream on various other platforms including Hulu and Amazon Prime Video (just season one). The show was renewed for season three on February 4, 2022, and is expected to be released in the year 2023 if all things go well.

According to the sources, it is known that the filming and the production for the third season have not yet started. It is also known that Euphoria’s season two release was altered due to the COVID-19 pandemic, so it is expected that if things run smoothly fans might be getting a 2023 release date for the third season.

It will lead to more emphasis on character development as to what kind of people these characters would want to become in the upcoming phases of their adult lives.

Where To Watch Euphoria Season 3 if released?

Euphoria Season 3 is expected to be available to stream on the online television platform, HBO Max. The show is also expected to be released on Hulu and Disney plus Hot star.

We expect that Euphoria season 3 cast will be the same as that of the previous seasons:

Euphoria season 3 spoilers say that Barbie Ferreira, playing the role of Katherine Hernandez Aka “Kat” will not be returning for season three. Barbie announced her departure from this incredibly hit series through one of her Instagram posts.

Also, the fans are really excited all over the internet since Euphoria’s official Instagram account shared a short clip to announce the renewal of the series for a third season, thus revealing that season two will not mark the end for Jules, Maddy, Nate, and Cassie.

Zendaya and all the other talented cast members of the show had taken season two to some amazing heights, completely challenged the narrative conventions, and simultaneously maintained the show’s heart. Everyone is praising the incredible work portrayed in season two.

Euphoria’s season two episode one has been trending all over the internet and is known to have reached a total of nineteen million viewers in the United States, and an estimated average of 16.3 million viewers tuned in to watch the episodes of season two.

What to expect from Euphoria Season 3

Euphoria Season 3 is expected to take off from where season two is left. The second season ended with a sweet and bitter ending leaving the audience with the waterworks left the audience wondering whether Fezco and ashtray were still alive or not.

Euphoria Season 3 might reveal what the future holds for Maddy and Cassie’s friendship. It will also be exploring the lives of the show’s lead characters out of high school. Thus, suggesting that the drama and emotions will be doubled in this upcoming season. Season three is also expected to display what Rue (played by Zendaya) would look like in her sobriety journey.

Euphoria season 3 episodes are expected to have an average run length of about forty-eight minutes to sixty-five minutes. The upcoming season is expected to also be having a total of eight episodes with each episode following a weekly release pattern on the online streaming platform HBO Max. Thus, following a similar pattern to that of the show’s previous seasons one and two.

Euphoria season 3 trailer has not yet been released by the makers of the show. Season two released its final episode on February 28, 2022, and on February 4, 2022, the show was renewed for a third season.

Thus, it is known that it will take time for the directors to finally reveal a release date and a trailer for the upcoming season.