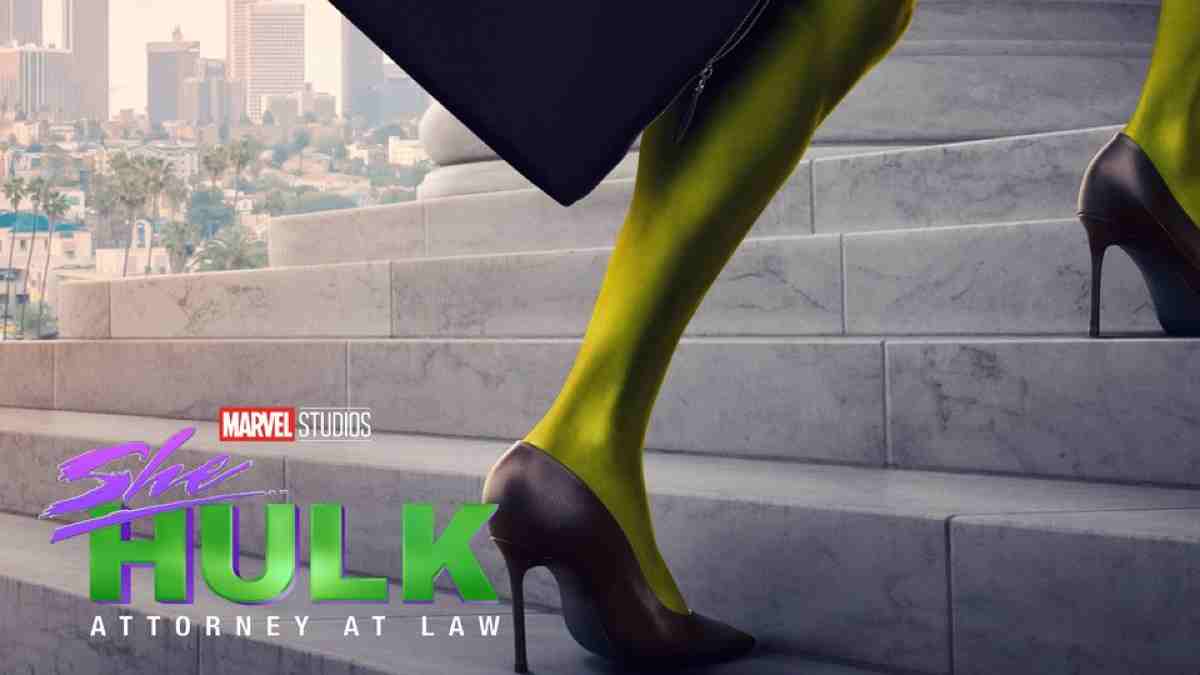 It is also stated by Marvel that She-Hulk: Attorney at Law will be the final marvel television series in the current fourth MCU phase. The TV series premiered on 18, August 2022 on Disney+.

She-Hulk: Attorney At Law Release Date Time & Where To Watch

The She-Hulk summary features Jennifer Walters (played by Tatiana Maslany), who happens to be an attorney specializing in superhuman-oriented legal cases.

Not only is Jennifer a young lawyer but she also acquired the ability to turn into a female Hulk just like her cousin brother Bruce Banner (played by Mark Ruffalo).

As such, during the episodes, viewers can see Jennifer navigating her way through her complicated life as a single woman, a 30-something who looks like a green-skinned, 6-foot-7-inch tall, superpowered She-Hulk.

As known the character of Jennifer Walter (Aka the She-Hulk) was created by Stan Lee and John Buscema and it first appeared in the 1980s as the savage She-Hulk. The She-Hulk story as shown in the Marvel comics is like what we can expect in the upcoming series.

In the comics, she-hulk is a lawyer too, who got critically injured in a shooting and as such received a blood transfusion from her cousin Bruce Banner (who happened to be the Hulk).

Since they had the same blood type and Bruce’s donation saved Jennifer’s life, there were consequences of Bruce’s blood which in turn transformed Jennifer into a big, green angry she-hulk.

She-Hulk: Attorney at Law’s official trailer launch was done on July 23, 2022, by Marvel. The three minutes long trailer gives us a better understanding of how humor is going to be the key element of the series.

It has been stated as a legal comedy. The trailer shows Bruce Banner/ the hulk (played by Mark Ruffalo) teaching Jennifer Walter/She-Hulk (played by Tatiana Maslany) how to live life as a giant, green hulk-ing machine.

As Jennifer gets a hold of her newfound abilities and superpowers, she decides to go back into the real world and get on with her life as an attorney.

She-Hulk streaming was done on the online streaming platform Disney Plus on August 17, 2022. It is believed to be the final series in Phase four of the MCU.

She-Hulk’s release date was scheduled for Aug 18, 2022. It premiered on the online streaming platform Disney Plus. A total of nine episodes.

A few of the other cast members include that will be seen in some of the episodes of She-Hulk: Attorney at Law are Josh Sagarra, Griffin Mattews, John Bass, and Nicholas Cirillo.

The Talk On Social Media About She-Hulk: Attorney At Law

Fans around the globe are going crazy for this very much-awaited series of the Marvel universe. The tagline of the show “you will like her when she is angry” has been buzzing up social media platforms.

Fans are also tweeting about the great thunderclap of the hulk which they got to witness in 2008, in the upcoming series trailer was shown that Bruce (the hulk) was teaching and making her cousin Jennifer known for the superpowers that come along with the other characteristics of being transformed into Hulk.

“LADIES AND GENTLEMEN!! FOR THE FIRST TIME SINCE 2008, THE INCREDIBLE HULK DOES THE THUNDERCLAP IN SHE HULK!!”.

Bruce’s character is also expected to bring a sense of humor to the new show.

Since this Disney plus show is going to be the Last multi-episode television series of Marvel’s Fourth phase plans, with the other shows such as Black Panther: Wakanda Forever shutting off the MCU’s latest and closing chapter in November of 2022. The fans were keeping lofty expectations from this series.

What To Expect From Disney’s She-Hulk: Attorney At Law

The She-Hulk plot revolves around the life of Jennifer Walter who also happens to be a lawyer.

Bruce Banner and her cousin Jennifer (Aka She-Hulk) could also be seen prone to turning into a tall 6 feet 7 inches tall, bright shade of emerald, green superhuman having speed, undefined strength, and endurance when she is losing her temperature.

It is also expected that Jennifer will not be able to make the transition from her human form and hulk form like Bruce Banner, she is expected to be green and talk 24×7 because of her gamma-irradiated DNA. Thus, highlighting a lot of confidence and strength.

Apart from this a lot of legal drama could also be expected from this new Marvel show. Jennifer/ she-hulk is the head of a superhero firm, that is the point where the audience can witness many fun characters that she-hulk will be seen defending or opposing as well.

In an interview when asked what the audience could expect from Tatiana Maslany’s (who will be playing the role of she-hulk) new role in Marvel’s new series. She stated the show will be exploring the themes of denial and comedy.

How Jennifer on getting transformed into this green-skinned monster will be struggling with acceptance and how eventually she will try and make peace with her life during action the audience will witness the fun tension between the switching profile of Jennifer the attorney and she-hulk.

Like most of the Marvel Television shows, She-Hulk: Attorney at law will be launching with just a single episode premiering on Disney’s official online streaming platform Disney plus.

As of now, Hawkeye is the only MCU tv series that has debuted with a two-episode launch. It is expected that The She-hulk episodes will arrive weekly with the season finale to be happening on October 13.

She-Hulk: Attorney At Law will be having a total of nine episodes. Here listed is the episode guide of this incredibly awaited series of the marvel universe: