Joey Defrancesco, the munificent Jazz Organist, saxophonist, and trumpeter of America died on...
HomeNewsWhat Will Happen... 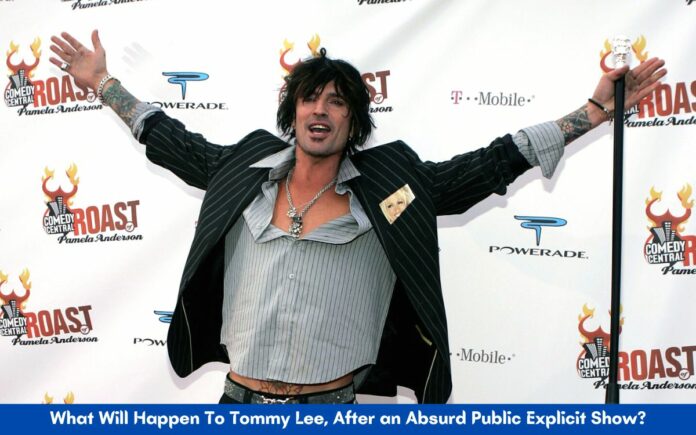 Tommy Lee Bass is the most promising and talented American musician and founding member of the heavy metal band Motley Crue. He pursued solo projects after being a long-term drummer in his band. Thomas Lee Bass was born on October 3, 1962.

His latest Instagram post has been widely demeaning, and the public is enraged by this. Lee posted an X-rated nude image of a full frontal shot captioned “oooops”, seemingly sitting idly in a bathroom. The photo was later removed by the Facebook-owned photo-sharing platform before the musician could delete it. Before deleting the post, it had gone viral and there were massive positive comments and likes. Even his current wife, Brittany Furlan, commented under the post, which also paved the way for ridiculous comments.

But the major issue is not about the nude photo rather it reflects a wide range of gender inequalities on social media. Alex Nation, Nyome Nicholas, and other prominent figures have come up with their stance on the double standards of Instagram or other social media platforms.

Women were forced to tolerate atrocities when they dared to post something ‘unusual’ and tried to break the stereotyped society’s norms. The world has largely acknowledged a man for posting his nude photo. But this world won’t show this same attitude or acknowledgement towards women. So many women came forward by pointing out this double stance of the viewers, and society.

Society’s fickle attitude towards gender roles is highly unscrupulous. When women post some sort of nude-like photos, Instagram’s strict nudity policy will arise and their photos will be removed within a minute. But when a man like Tommy Lee posted, it went viral, and after hours it was deleted.

Instagram has banned breasts and female nipple projections but when a man dares to post his penis on social media, these policies couldn’t be called into action.

This demonstrates the hypocrisy of social media, and this kind of injustice is blatantly unfair and discriminatory. “ Nothing sexist can be swept under the rug as a joke.” Not when women face abuse in their own homes; not when women are subjected to oppression and suppression at the workplace, not when women are still judged as “asking for it” if they dare to wear something revealing, not when the so-called freedom women possess is just a polished veneer.

When women post photos showing their exquisite beauty, society cannot digest this action. They will poke fun at them and label them as unabashed women albeit they possess fame and have a position in society.

Society looks at women indignantly, but women possess resilience and power and they always try to break the shackles entangled around them and obliterate the taboo concerning society. This unfair hypocrisy on social media platforms is doleful and the double stances of these media instigate men to do more heinous crimes.

Tommy Lee has the right to do what he wants with his body or his instagram account. But affecting the sensitivities of the mass is not entertained. If a man can do whatever he wants, if he can post whatever he likes, then the same right should be given to women.

Why gender is always calling into action. Why gender discrimination is still pervasive?  We cannot annihilate these atrocities and pigs will fly when we will have a non-gender biassed society. Society’s penchant for discrimination is around the globe. It doesn’t matter how much we acclaim that our nation has developed.

This scandalous post has been the main discussion among his followers and everything is serene when the photo was deleted. But the disparity among this issue is , if it was a woman who posted a photo of her genitalia, then the world wouldn’t have treated it in the same way.

No one dared to traduce Lee for his repugnant post, but society would be pleased to denigrate women and the innuendos they could have to face would be insufferable

So women across the globe questioned the hypocrisy of instagram’s policies and they accentuated gender standards and equality on instagram. The world shows abhorrence and hostility towards women and kindness and generosity towards men