Joey Defrancesco, the munificent Jazz Organist, saxophonist, and trumpeter of America died on...
HomeNewsIs The Neighborhood... 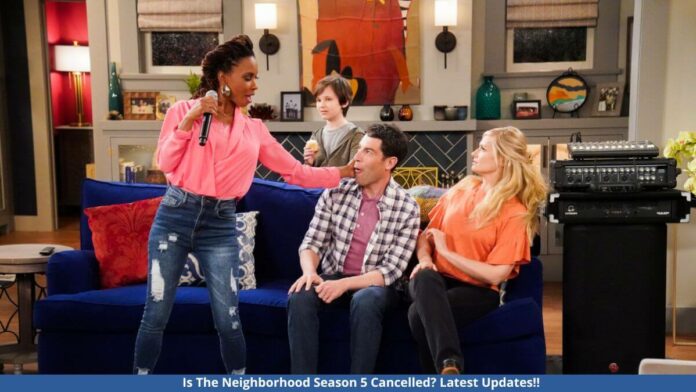 Sitcoms are something one can watch anytime no matter what the mood. They are light-hearted shows that are refreshing and these have become extremely popular over time. One such show is The Neighborhood. It was created by Jim Reynolds and was first released in the year 2018. The show consists of 4 seasons which the audience loved. After months of waiting, The Neighborhood Season 5 release date was officially announced by the CBS network.

Is The Neighborhood Cancelled 2022?

The show has received mixed reviews over time from critics but nonetheless has gained popularity over the years. The Neighborhood season 5 release date was announced a while back which was a piece of good news for the fans of the show.

About The Neighborhood Season 5

Calling a place home takes a lot more than one can imagine. Building a home, and setting up life takes time and patience that all families go through. Shifting this home and starting someplace new is obviously very difficult. The Neighborhood is about a family who moves from the Midwest to Pasadena, California.

This white family moves into a neighborhood that has a large black population. Since the show is a sitcom, all hardships faced are beautifully depicted in a light manner and the audience has had their fair share of laughter.

This American sitcom has 4 seasons and the last episode of the 4th season was released on May 23, 2022. Back in January 2022 that is before season 4 ended, the creators of the show announced that The Neighborhood Season 5 is going to be released soon.

The Neighborhood was first released in the year 2018 on October 1. Since then it has been renewed every year for a new season and has a total of 4 seasons up until now.

The new season is going to be released on CBS and Paramount Plus on September 19, 2022. The show will most likely have 18 to 22 episodes as that is the usual number of episodes the previous seasons had.

The Neighborhood Season 5 will have most of its original cast according to reports and will also bring back the humorous drama it offered in the previous seasons. This sitcom has received its fair share of backlashes from the critics but has still managed to have a devoted fan following and hence has managed to be back with a new season.

The prominent cast of the series includes the following actors:

• Max Greenfield who plays the character of Dave Johnson.

• Cedric the Entertainer plays the role of Calvin Butler in the show.

No new characters have been announced by the creators who are going to be included in The Neighborhood Season 5 and as of now, the original cast itself is going to be featured in the new season. Hence, we can expect the Johnsons and Butlers to be there for sure along with the other recurrent characters that we have seen and loved in the previous seasons of the show.

The Neighborhood is one of CBS’s best sitcoms and has a vast fan following. The fans have remained devoted to the show and hence the creators came up with a new season. The fans are looking forward to seeing the Johnsons and Butlers in all their glory, bringing back everyday neighborhood drama in a fun and humorous manner.

The Neighborhood has an official Instagram page with the same name which keeps its fans updated and entertained with the memes and content related to the show. The series also has a Twitter handle on which the fans express their delight for the upcoming season.  The official Twitter page made its announcement by asking the audience “who’s ready to dance?”. The fans of the show are eagerly waiting to see what season 5 offers and are also expecting this new season to be better than the previous seasons.

What To Expect From The Neighborhood Season 5?

After 4 fairly successful seasons of The Neighborhood, it is only fair that we expect good things from the upcoming season. the show has managed to create a fanbase by including characters who have been nothing but relatable and funny.

The blend and fraternity between the black and white communities have gained a lot of popularity and in fact, have also been heartwarming. As mentioned earlier, on various occasions the critics have not appreciated the show as much as the audience has but nonetheless the audience is almost sure that they are going to have a good time. The final episode of season 4 gives us an idea of where the upcoming season will pick up from.

Season 5 will obviously capture the essence of the series and make sure that the audience continues to resonate with the characters and have a good time. All the previous seasons have definitely set a standard and have also developed the storyline. The upcoming season will walk down the same path but will definitely try to bring more to the table. According to reports, the show is going to go under major creative change and that may change the view of the critics and make it a more positive one hopefully.

The Neighborhood Season 5 episodes are not announced yet but we do know that the first episode is releasing on September 19, 2022. The episodes in the series are on average 30 mins long. Season 5 will also mostly have about 18 to 22 episodes according to the trend of the previous seasons.

The neighborhood season 5 trailer hasn’t been released yet but the audience can refer to the previous trailers for reference. Attached below is a clip including information on season 5 of The Neighborhood as well as the official trailer which gives a glimpse of the show in general.