Joey Defrancesco, the munificent Jazz Organist, saxophonist, and trumpeter of America died on...
HomeSeriesRick And Morty... 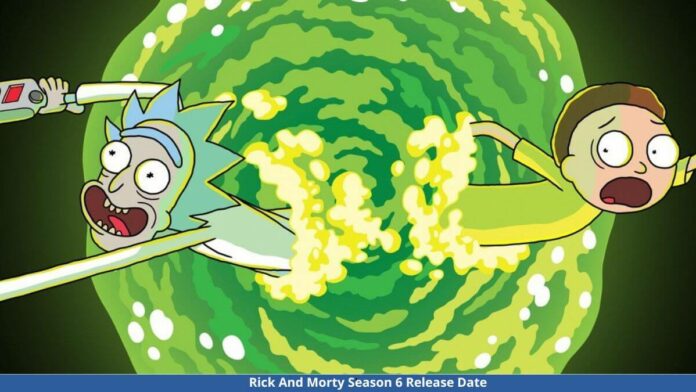 The next season of Rick and Morty will be Season 6. Rick And Morty Season 6 debut date is set for September 4, 2022, And it can be watched on Adult Swim, HBO Max, Hulu, and Netflix

When Is Season 6 Of Rick And Morty Coming Out?

The rest of Rick and Morty’s family is voiced by Chris Parnell, Spencer Grammer, and Sarah Chalke in addition to Roiland, who plays the characters with the same name. The series was inspired by an animated short “Back to the Future” parody made by Roiland for Channel 101, a short film festival Harmon cofounded.

The series has won praise from critics ever since it debuted for its originality, inventiveness, and fun.

Rick and Morty’s storyline resides in, the Smith family—consisting of Jerry and Beth, Summer and Morty, and Rick Sanchez, Beth’s father who stays with them as a guest—and their various exploits are the focus of the show. Justin Roiland claims that the family resides outside of Seattle, Washington.

But Rick and Morty’s adventures take place in an endless number of worlds, with the duo traveling to different planets and realms via portals and Rick’s flying automobile. Summer also occasionally goes for adventures with her grandpa Rick but she is more into teenage high school drama than the interstellar stuff.

Rick is a mad scientist who defies numerous social norms, including marriage, family, school, and love. He is also eccentric and alcoholic.

There are a total of 5 seasons of Rick and Morty that are released till yet. Another season is also set to come in September of this year.

The next season of Rick and Morty will be Season 6. The debut date is set for September 4, 2022. And it can be watched on Adult Swim, HBO Max, Hulu, and Netflix (the date of streaming may vary with different channels and countries).

The season’s writing is complete, according to Dan Harmon. At the Adult Swim Festival Block Party in 2022, a sneak preview will be presented.

There is a mysterious countdown to “Wormageddon” on the official website, rickandmorty.com, which might be anything. On Thursday, August 18, the timer will end at 7:00 a.m. Pacific Time. To find out what that is all about, the wait is a must.

Is the countdown timer counting down to the release of the next video as there are now two more “transmission” spots below “A Citadel Secret” on the website? Or is Wormageddon only a Rick and Morty adaptation of the 1999 turn-based strategy game Worms Armageddon, which people used to play in college on next-door neighbor’s outdated Sega Dreamcast? Most likely, that one.

What Is Rick And Morty Season 6 Be About?

It’s understandable why Rick and Morty is among the most watched animated series in the multiverse. Everyone will undoubtedly be looking forward to the next episode of Adult Swim’s biggest breakout hit, whether they are watching it for the high-tech sci-fi shenanigans or the amusing banter.

It has been announced by Adult swim that Rick and Morty season 6 release date is September 4, 2022, and will be streaming at 11 pm EST. The fastest turnaround to date, it’s been almost precisely a year since the season 5 finale aired. For those keeping track, it’s also the first time a season has started airing in September.

New episodes will first air on E4 and All 4 in the UK, then subsequently on Netflix. Rick and Morty Season 6 plot like all the other seasons, revolves around Scientist and drunkard grandpa Rick who resides with his daughter Beth’s family. Along with creating gadgets, he also takes Morty, his morally upright but dim-witted grandson, on bizarre interstellar journeys.

Yes! In the first Season 6 still, Morty and Rick are both “ripped and ready,” as revealed on Twitter. To display their impossible-to-see abs, the two are seen wearing crop top versions of their usual shirts. Not much can be inferred from this. It might come from a random scene that will be added to the new opening credits montage.

What To Expect From Rick And Mort Season 6?

In order to escape the Central Finite Curve, Evil Morty destroyed the Citadel of Ricks and all of its various multiverse Rick and Morty residents in the final episode of last year’s adventures. It was an extremely tense situation.

The original Rick and Morty were sent adrift in space since their portal gun, which was dependent on fluid produced by the now-destroyed Citadel, was no longer functioning. Our explorers must find a solution to that before going on all the dinosaurs and, uh, peeing.

Rick and Morty season 6 trailer has yet not been released. Till then people can watch the teaser and catch up with the old seasons.

A promo by an adult swim. Wormageddon: A Citadel Secret, a Cryptic teaser, was presented to the audience. Which depicts a mystery egg floating in a green liquid, possibly fluid from a portal gun? Perhaps connected to the dinosaurs discussed earlier? At least to us, it appears to be a Yoshi egg, but only time will tell.