Joey Defrancesco, the munificent Jazz Organist, saxophonist, and trumpeter of America died on...
HomeSeriesCars On The... 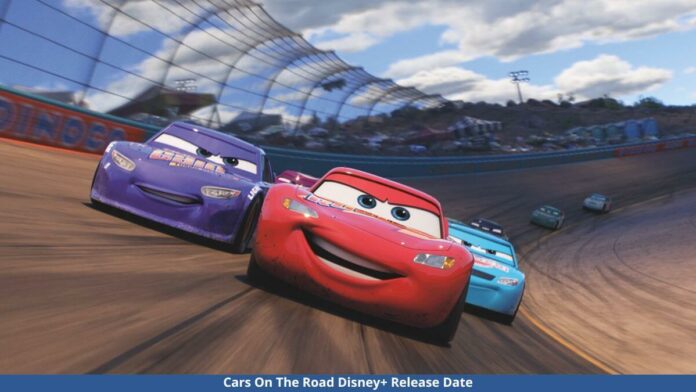 Disney blessed us with the movie Cars and its sequels in the past and it is now all set to provide us with a series called “Cars On The Road”. The first movie “Cars” was such a big hit that the creators eventually came up with two more parts “Cars 2” and “Cars 3”. All three movies gained significant popularity and the same can be expected from the new series being released by Disney/Pixar.

Cars On The Road Release Date, Cast, Trailer, And More

The “Cars on The Road” release date was announced a while back and that is something the audience is looking forward to. The series will revolve around its main characters Lighting McQueen who is voiced by Owen Wilson and Mater who is voiced by Larry the Cable Guy. They are yet again, all set out to go on an adventure. Further in this article, we will get more information on the “Cars on the Road” plot, streaming, its cast, release date, and more.

What Will Cars On The Road Be About?

“Cars on the Road” is based on the “Cars” movie series from Disney and Pixar. The movies also had two other animated series titled “Cars Toons- Mater’s Tall Tales” which was released in 2008 and “Tales from Radiator Springs” released in 2013. “Cars on the Road” series is going to be produced by Marc Sondheimer and its directors include Steve Purcell, Bobby Podesta, and Brian Fee who are all associated with Pixar. The series is all set to be released on the 8th of September, 2022 and it will be streaming on Disney+.

The plot of the series involves Lightning and Mater according to the trailer of the show and there is a new introduction to the storyline, which is Mater’s sister. Mater had his plans all set to drive solo for his sister’s wedding when Lightning asks if he could join him. He invites himself to join Mater in his travels and make it a road trip. Being a Disney series, it ought to be a good one. Disney/Pixar has captured the interests of its audience since the very beginning and hence, the mere road trip will not be without surprises and adventures.

Cars On The Road Release Date

As mentioned earlier the “Cars on the Road” series is going to be released on Disney+ on September 8, 2022. It will not stream on any other platform as of now as it’s a Disney/Pixar creation.

Cars On The Road Cast

The old cast from the movies include:

The cast of the new series “Cars on the Road” will include the main characters Lightning McQueen ( voice of Owen Wilson) and Mater ( voice of Larry the Cable Guy) along with characters Sally Carrera, Ramone, and Filmore who are voiced by Bonnie Hunt, Cheech Marin, and Lloyd Sherr respectively. According to reports, a new character is going to be introduced in this series who is going to be called Ivy and she is going to be voiced by Quinta Brunson. More new characters might be included but as of now, this is the information that is available.

Cars On The Road Talk On Social Media

The series “Cars on the Road” was trending on Twitter with the hashtag “#CarsOnTheRoad” and also fan pages that share updates related to the show. The audience expressed how excited they were and how the announcement and trailer made them reminiscent of their childhood since “Cars” was a major film back in the days when it was released.

What To Expect From Cars On The Road?

The series “Cars on the Road” is a Disney and Pixar creation and if history tells us anything, the series will hardly disappoint rather it is going to be a feel-good show. It is only fair that we expect great things from the series since it is succeeding the fantastic “Cars” movies.

The “Cars” movies gave the audience their favorite character Lighting McQueen who they loved for his amazing sense of adventure and impeccable paint job. Since he along with Mater are returning to the series, the audience will surely have a good time.

the addition of Mater’s sister and the events that are taking place in the series is creating a good build-up for the series and its viewers. The return of these amazing characters and great storyline will definitely produce a show worth watching which will bring back good memories of the previous “Cars” movies as well. All in all, good things are to be expected from this Disney series and we are here for it.

Cars On The Road Episode Guide

The animated series “Cars on the Road” will be streaming on Disney+ and will consist of 9 episodes. 9 episodes full of adventure and entertainment will soon be premiering in September this year.

Cars On The Road Trailer

as the official trailer of the “Cars on the Road” series begins we see Lightning McQueen in all his glory coming up to Mater and asking him if he wants to race. In his reply, Mater says that Lightning is all charged up and ready to race and that he (Mater) doesn’t stand a chance, and before he finishes the sentence, he rushes to begin the race. The beginning itself highlights how fun these two were together.

Further in the trailer, Mater talks about how he has to head east for his sister’s wedding to which everybody gives a surprising reaction as nobody was aware that he had a sister. They also express that it must have been a long time since he saw her. Hearing this, Lightning McQueen asks Mater if he could join him on his trip and that together it could be a fun road trip. They are then seen ready to embark on their journey together and Mater exclaims that there are a lot of things to see and do along the way.

McQueen can also be heard saying that he thinks this journey of theirs could be the beginning of something great to which Mater agrees. The two are seen doing various different things and visiting interesting places with a bunch of new characters and that seems refreshing. They are also seen being accompanied by a female truck covered in grass and dirt who later gets cleaned and looks brand new.

Mater is seen getting a makeover as well after this which hardly makes any difference. The trailer also mentions Mater saying that the bumps along the road are what make life living and that is what is expected to be beautifully depicted in the series.