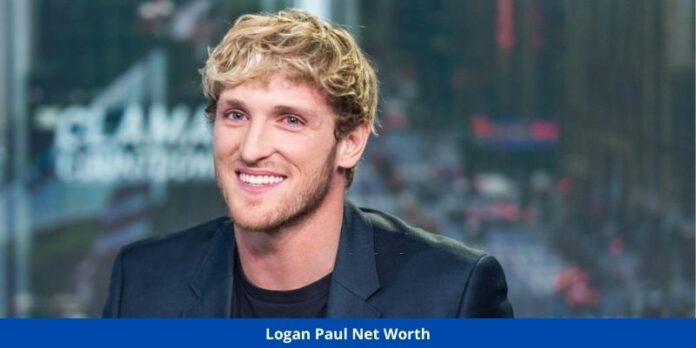 Being on the internet, one must have probably come across the name Logan Paul more than a few times. He is a famous internet personality who has only seen growth over the years. Logan Alexander Paul started his career on Vine which was an app where one could share videos. Vine was shut down and after that, he shifted to creating content on Youtube, through which he gained a lot of success. Besides Youtube, he remains active on his podcast and Instagram and continues to entertain the audience one way or another. He has also done some acting in movies and tv shows. Logan Paul’s net worth is pretty impressive and further in this article, we will mention his whereabouts, career, earnings, personal relationships, and more.

Who is Logan Paul?

Born in Westlake, Ohio, United States of America, Logan Paul is a multi-talented internet personality. His birthday is on April 1, 1995. He is 27 years old. Logan Paul received his education from Westlake High School. He is 6 feet and 2 inches tall which is 188 centimeters. Logan Paul has made a great career for himself in various fields like that of a content creator, professional wrestler, actor, producer, boxer, and singer which he mostly did for fun but still managed to release a few songs. With great fame comes rumors and controversies and Logan Paul has had his fair share of both. He has been involved in quite a few controversies due to which he even had to answer to the media.

Logan Paul Net Worth and Salary?

As mentioned earlier, Logan Paul was born in Westlake, Ohio where he attended Westlake High School. Logan Paul is Jake Paul’s brother, who was also an internet content creator and famous YouTube personality. He gave up the same to pursue a career in boxing. At a very young age, merely 10 years old, Logan seemed to have a penchant for creating content. He played football at the school level and achieved success in the same as well. He was also into wrestling from an early age which he later continued to pursue after gaining fame in the industry. He was qualified for the state-level Ohio High School Athletic Association 2013 division 1 wrestling individual championships.

Logan Paul, from a very young age, gravitated towards content creation. He started off his career with the application Vine on which one could share videos and from that, he began getting recognition. The Vine app was eventually shut down and after that, he began making content on Youtube. His Youtube career took off in 2015 due to his reach on Vine and Youtube, Logan Paul gained a lot of followers on Twitter and Instagram, hence making him a social media influencer as well. He featured in an episode of “Law and Order: Special Victims Unit” in the year 2015, also in the Tv series “Weird Loners” and “Stitchers”. In the year 2016, he starred in the movie “The Thinning” for which he was nominated for awards. He has also released a few songs. In 2017-2018 he was involved in a terrible controversy that resulted in things going downhill for Logan Paul and after that, his career was somewhat revived after KSI, a famous YouTuber, challenged him in a boxing match which was a draw. Logan Paul also released his own Podcast “Impaulsive” which has attracted a lot of success and attention.

Logan Paul earns from the content he creates but he also earns through the advertisement revenue, sponsorships, brand endorsements and much more. Hence, he obviously doesn’t make a fixed income per year and it varies according to the work he does. According to sources, his yearly earnings since the year 2016, have been 10 million and upward.

Logan Paul has a younger brother Jake Paul and they have multiple ancestries including English, Irish, Welsh, Jewish, and German. Logan Paul has had quite a number of relationships with famous personalities. He was also said to have a fling with his younger brother’s ex-flame back in 2017. He has also supposedly dated model Chantel Jeffries, internet personality Addison Rae, Amanda Cerny, and Chloe Bennet. He was in a relationship with Josie Canseco which ultimately ended and now he appears to be single at moment. There were a few rumors about him dating Nina Agdal in June 2022.

Logan Paul has received a lot of recognition over the years for his work and for some of it he has been honored as well. In the year 2016, he was nominated for the Streamy award for the categories ‘best ensemble cast in a web series’ and “best comedy series”. This was for his show “Foursome”. In 2017, he was again nominated for a Streamy award for the categories ‘Audience choice creator of the year’, and ‘best acting in a drama along with ‘best non-fiction series award’ for “Logan Paul Vs.”. ‘Best acting in a drama was for his film “The Thinning”. He was also nominated for the Teen Choice Awards in the year 2017 for the category “male web star” and for this, he won. He won another award at the Teen Choice in the same year for the category “best comedy web star”. 2017 was a good year for Logan Paul as he received 3 Youtube Creator Awards. He won the Silver Creator award, Gold creator award, and Diamond creator award.

Logan Paul lives in the San Fernando Valley of LA where he owns a luxurious home that reportedly costs 6.6 million dollars. His house is nicknamed ‘the Maverick House’. he also has a home in Rancho Estates neighborhood. He owns luxury cars like Mercedez Benz G550, Mercedez Maverick Sprinter Van, Dodge Challenger SRT8, and the Cool Bus which are worth a lot of money.

Must Read Andrew Tate Net Worth – Kickboxer To Internet Sensation!