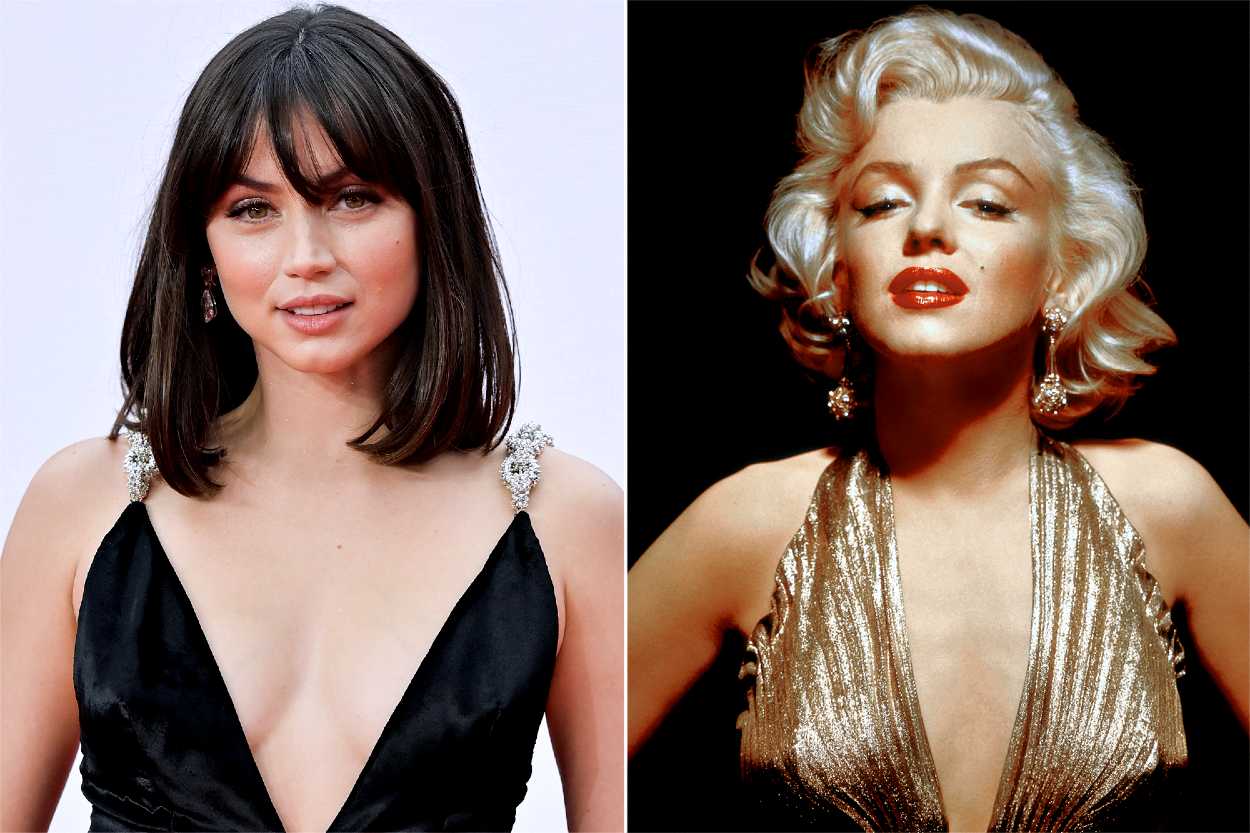 The Cuban- Spanish actress, Ana De Armas, who is renowned for her films ‘No Time To Die’ and ‘Knives Out’, is seen in the role of 50s sex symbol, Marilyn Monroe.

The trailer features the American actor, Bobby Cannavale, who has captured the minds of many with his outlandish roles in Vinyl, Will & Grace, Third Watch, Mr. Robot, and Boardwalk Empire. Cannavale portrays the role of Joe DiMaggio, a man who was seen dining with his future wife, Marilyn Monroe.

Cannavale enquires about how she was discovered, to which Armas replies by saying that she was sick of playing the character of the Hollywood legend, Marilyn Monroe.

In the clip, the character Marilyn Monroe is introduced by her bowing a kiss to herself in a locked dressing room, looking at the mirror. The actress then soon steps out of the trial room when a man bangs on the door and heads to the middle of the crowd, who was already cheering for the icon.

In the second scene, Marilyn Monroe is shown dining with the baseball player, Joe DiMaggio, who further asks questions about her introduction to the field, to which the lady seemed confused to answer at first, but says that she was discovered.

Then she elucidates in misery how she was sick of playing the fake character of Marilyn Monroe. She further adds that she was supposed to be used to her stardom, but unfortunately, she hasn’t so far. The frustrated lady then explains that she cannot play another scene with Marilyn Monroe as she cannot face her since Marilyn Monroe doesn’t even exist.

Looking gloomy, the character then ascribes that within a split second, she changes her role, as soon as she steps out of the dressing room, and converts to her original, Norma Jeane, who she was by birth.

She reveals her truth before the legendary football player, while they were still at the table. She says that only on the screen she can ever be Marilyn Monroe and not outside.

In another shot of the trailer, Ana de Armas is seen in a white suit, in which she is looking dope but alarmed as she is in an office setting, holding a book of the script, in her short blonde hair.

Marilyn Monroe is seen along with a man, who is also wearing a decent suit in beige color. As the impression, he seems to make Monroe even more nervous with his cheesy glares at her.

In the July released video, Marilyn Monroe was seen as a mentally broken lady, who suddenly bucked up before the camera. The teaser also had a glimpse of Marilyn Monroe’s milestone song titled Diamonds Are A Girl’s Best Friend, of her own movie, Gentlemen Prefer Blondes.

Ana de Armas had shared a snap on her social media, where she was seen practicing along with another crew member, wearing a hot pink dress, topped with chunky pieces of jewelry.

Both in the tease and the official trailer, the Una rosa de Francia star has been getting the hype as there is a rumor saying Blonde could be Ana de Armas’s career best.

The Netfl9x movie, which will be released on September 28, 2022, has also shared its first poster, featuring Ana de Armas, projecting her red lips and blue pair of eyes.

In the short video, Marilyn Monroe was easily cheered up when she heard that her friend was coming and the scene brought her to laughter when she reached herself into the mirror. The particulate shot was enough to portray Monroe’s moods that swap often.

These scenes in the clips simply make both Ana de Armas and Marilyn Monroe look familiar, as Marilyn Monroe was always seen in such altering expressions in most of her famous movies.

Ana de Armas’s Marilyn Monroe looks just prettier than the original as her picture in the white gown paired with a white-furred piece gained much appreciation from the fellows. In the same gorgeous dress, Ana de Armas with her co-star, Brody sitting in a car is storming the internet.

The Blonde which is directed by Andrew Dominik is an actual adaptation of Joyce Carol’s book, which would be the first and foremost Netflix movie to gain an NC-17 rating, which also garnered much controversy. However, Dominik has made the path clear for his most awaited movie to hit the streaming platform in September.

Ben Affleck’s former girlfriend, Ana de Armas has taken the trailer clip to her Instagram stating how the movie has been her dream. She wrote that the director had already made a clear-cut image of Marilyn Marilyn Monroe who could be lived once again through Ana de Armas herself and that she was also interested as she got to portray both sides of the legendary actress, as Marilyn Monroe and as Noema Jeane, which felt like a wonderful female oriented movie as a whole.