Joey Defrancesco, the munificent Jazz Organist, saxophonist, and trumpeter of America died on...
HomeTv ShowsSnake In The... 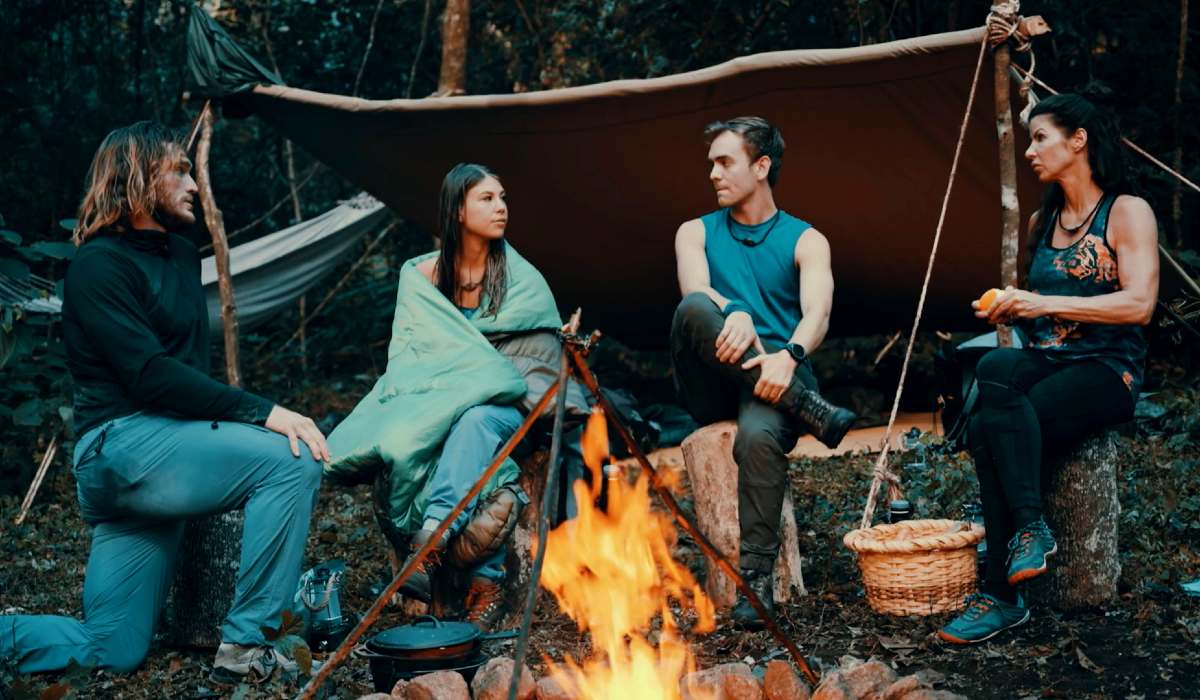 The release of Snake In The Grass Season 1 is set to release on August 1st, 2022, every Monday at 11:00 PM, per the official channel, USA Network. The Snake in the Grass TV series aired its first look episode on July 26th on the NBC Network.

Bobby Bones, a well-known national television and radio personality, is the host of this exciting social experiment. Four participants are placed in the jungle for 36 hours in each episode, with an opportunity to win $100,000. The four participants must determine which of them is the one and only “the Snake,” a traitor who is covertly sabotaging the gang at every turn, in order to survive and succeed.

In this “survival of the sneakiest” game, competitors successfully perform a variety of difficult tasks that challenge both their mental and physical strength, such as mounting a cliff to access puzzles or snatching game items placed on overhead wires above a 500-foot valley. The competitors receive a hint that identifies the Snake for each obstacle they successfully manage. The unnamed Snake will stop at nothing to keep the players from finding the clues by getting in the way of their progress whenever possible.

Snake In The Grass Season 1 Filming Location so far consists of a remote area of the Central American jungle. After spending their time in the jungle, the participants will finally get together in “ the Pit of the Snake” which is a made-up set. Here they converse with the host and finally identify who they think is the snake among them.

The host of the show, Bobby Bones, commented about the Snake and the grass where he says

“I stayed in Costa Rica for around a month or more when we were shooting the show, so I myself can’t just wait for everyone to finally get to see the result of what we’ve been up to. The show is a mix of mystery and adventure— it’s going to keep you guessing!”

The contestants in reality competitions like Big Brothers, Survivor, and Naked and Afraid will be among the participants of this upcoming show.

The release of Snake in the Grass Season 1 is set to release on 1st August 2022, every Monday at 11:00 PM, per the official channel, USA Network.

“Snake in the Grass” is being produced by Renegade 83, which is a company of eOne, with David Garfinkle, Sam Hargrave, and Jay Renfroe serving as main executive producers. It is said that this reality show is a combination of the previous shows, The Mole and Survivor.

Snake In The Grass Season 1 Cast

The first look of the show ‘ Snake in the grass ‘ which aired on 26th July, shows some faces which will be shown in the TV Series. The episode shows Malcolm Freberg of the Survivor jumping from the flying helicopter into the water, the Big Brother contestant Rachel Reilly screaming at the top of her lungs, and Stephenie LaGrossa Kendrick seen blaming Janelle Pierzina for toppling over the boat.

Snake In The Grass Season 1 Talk On Social Media

The upcoming release of Snake in the Grass has generated constant buzz on various social media channels. People are excitedly anticipating the show’s online airing after seeing the first look. There has been a lot of activity going on on the show’s official Twitter and Instagram pages. The makers and the contestants started sharing hashtags and fans already started making speculations about who is the snake among them.

Fans are constantly seen tweeting as to how they can no longer wait for the season to get premiered.

“ Okay, I’m literally waiting to see Snake in the Grass… I definitely believe that the shows going to blow our minds”

The makers and the host of the show constantly give clues here and there in their tweets. These clues were making fans crazy as they were continuously commenting with their thoughts about the first look and their excitement about the upcoming Snake in the Grass premiere.

What Do We Expect In Snake In The Grass Season 1?

Just like the previous shows, The Survivor and The Mole, Snake in the Grass has different contestants in each of their episodes. There are four players who are sent to the jungle for 36 hours. there they will complete different challenges and receives clues in every stage which will lead them to the “ Snake” who is disguised as a player among them.

The player who is actually the Snake will try to stop them from reaching the clue and create more problems for them. When the hours will be up, all of the players guess and identify the snake and if they are right, the three players will win the cash prize of $100,000 but if they are not able to identify it correctly, then the snake will win the prize.

In this true-life psychological thriller set in the jungles of Central America, competitors will include fan favorites from reality competitions like Survivor, Naked and Afraid, and Big Brother.

It is not clearly mentioned how many episodes the TV show, Snake in the Grass will have. But according to the cast list, it is clear that eight episodes will surely be there and the first episode was released on 1st august 2022.

Snake In The Grass Season 1 Trailer