Sons Of Anarchy Cast: Where Are They Now? Charlie Hunnam, Katey Sagal, And More 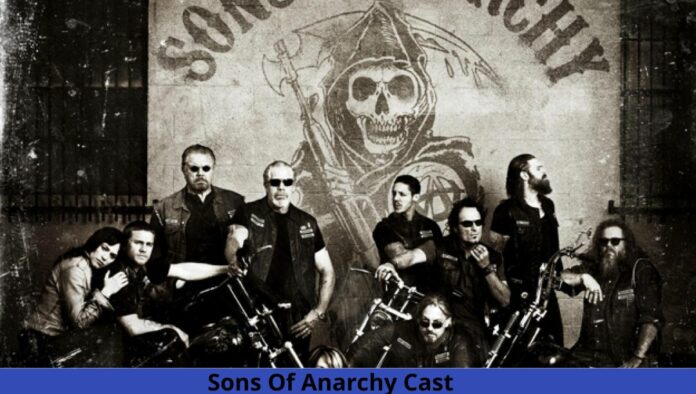 The American action crime drama television series, Sons of Anarchy, was one of the milestones in the life of our story lead, Charlie Hunnam, who effortlessly played the role of a man in his 30s. A guy who was struggling between his newly popped-up duties as a dad and his responsibilities as a member of a motorcycle gang. That was Jax Teller for you.

Apart from Jax Teller, there are a number of other Sons Of Anarchy cast who have pushed the TV series to its maximum triumph. The rollercoaster ride of the series throughout its seven seasons from 2008 has carved within the minds of the binge-watchers.

The plot of the FX series, of course, lies within sight of Jax Teller who constantly tries to bring his Sons Of Anarchy Motorcycle Club Redwood Original, to its right track, slipping into the illegal rail time and after.

Sons of Anarchy cast was splendid from Katey Sagal to Sprague Grayden, including a number of massive names from the industry, to whom the creator Kurt Sutter put forward a condition that said that each of the motor club members should be determined to an extent where they must consider themselves as a cowboy, and bikes as their horses.

Characters In Sons Of Anarchy

Apart from showing up as one of Son’s members, Sutter has also paved a way for the bikers to actually learn the stunts or at least learn to ride them, as he wanted to be as realistic as he could.

Bingeing on the Sons of Anarchy cast is still a hobby of the show buffs, though it is nearing a decade after the show premiered its last season. Dive in,

The English actor and screenwriter, Charlie Hunnam, portrayed a character named Jax Teller Sons Of Anarchy the leader and the original president of SAMCRO. From being a star, Hunnam was heightened to his stardom after the release of the famous FX series.

The upcoming Shantaram Series’ Lin, appeared in major films like The Ledge, Deadfall, and Pacific Rim that too At the same time, when the dynamic actor was committed to the very own project of Sons of Anarchy.

His post-release fame attracted many filmmakers and they cast Hunnam as the lead in their movies Triple Frontier, and The Gentle Man. The actor owned a blue belt in 2018 and was diagnosed with dyslexia as well as a fear of germs.

Hunnam is currently preparing himself to star in a Shantaram series and is still reported to be in a romantic relationship with his long-time girlfriend, Morgana McNelis.

The American actress, singer, and songwriter, Katey Sagal Sons Of Anarchy rocked the role of a badass mother of Jax in SOA with her character name Gemma, who remarried the biker leader, Clay Morrow.

The Married With Children fame made her introduction to her current buffs by appearing in several dramas including, The Bastard Executioner, The Cunners, and many more. The iconic actress however managed to peak in her career starring in Pitch Perfect 2 and the Rebel.

In 2016, she appeared in The Big Bang Theory, and in 2018 she was a regular on the CBS sitcom Superior Donuts.

Sagal tied the knot with the show creator Kurt Sutter in 2004 and the couple now together have a daughter, Esme.

Though Siff’s Tara Knowles has a son named Thomas from Jax, who married, had to surpass the road of thorns to live a life with his love.

Apart from portraying Dr. Tara Knowles in SOA, Maggie Siff On Sons Of Anarchy is also famous for her character as department store heiress Rachel Menken Katz on the AMC drama Mad Men.

The American character actor, Mark Boone Junior, who was equally famous for his role as  Patrick “Pat” Brown in Last Man On Earth, played the character of second father to Jax, who was also a senior member of the motorcycle club. Boone’s role as Elias on Paradise City had also gained much appreciation.

Today, the actor is reported to have produced the movie Let Me Make You a Martyr as well.

Followed by his marriage in 2019 to Christina Adshade, the couple welcomed their baby in 2020.

The actor who has worked equally in both American and Canadian television series and films was seen as the biker Alexander “Tig” Trager throughout the series.

Hand in hand with Theo Rossi, another SOA star, he is currently co-hosting a podcast titled, Theo Rossi’s THEOry with Kim Coates

The incredible actor is also a responsible family man who is still living with his wife Diana Coates. After their marriage in 1984, the duo had two daughters, Kyla and Brenna.

Acting as a father to Jax, Flanagan’s Chibs Telford was one of the SAMCRO members who remained the favorite among the viewers.

After grabbing the attention of the watchers, the Scottish actor then went ahead to portray his notable roles in the series, Westworld, Revenge, and Motive.

Flanagan tied the knot with Swifty & Veg producer Dina Livingston in 2010 and Aunjanue is their daughter.

Theo Rossi was seen as a hacker character named Juice Ortiz in SOA who is head over heels behind hacking the SAMCRO. Rossi was also popular for his role as Hernan “Shades” Alvarez in Luke Cage.

The actor was reported to have been called off from the cast of Sons Of Anarchy, as he was seen in a scandal.

Currently, the producer is doing a show titled Theo Rossi’s THEOry with Kim Coates, needless to mention his co-host.

The 47-year-old artist is now more into charity works and was married to Meghan McDermott, with whom he has sons, Arlo and Kane.

Throughout the 6 seasons, with the exception of the seventh, Ron Perlman was active in the series playing as the stepfather to Jax, as his mother left his original father and remarried the president of the motorcycle club, Clarence Clay Morrow.

The writer, director, and producer have starred in a bunch of films including The Great War, Monster Hunter, The Book of Life, Stonewall, and more.

The multi-faceted artist is currently dating Allinson Dunbar after splitting his ways with his ex-wife Opal Stone, with whom the actor was married for almost four decades and had two sons, Blake and Baron.