Joey Defrancesco, the munificent Jazz Organist, saxophonist, and trumpeter of America died on...
HomeEntertainmentDoes Massimo Have...

Does Massimo Have A Twin Brother? 365 Days: This Day Twist With Massimo’s Twin 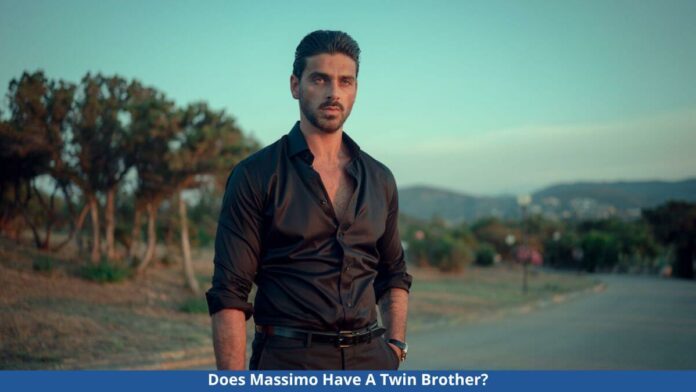 Massimo goes back to his old controlling ways, and Laura sees him getting close to his ex Anna at a party. She then runs off with their gardener named Nacho. However, later Laura learns that it wasn’t Massimo with Anna Afterall, but his identical twin brother, Adriano. So, to clear up any confusion, Michele Morrone does not actually have a twin brother in real life. He portrayed the character of Adriano himself.

Michele Morrone is 31, an Italian actor, singer, model, and fashion designer. As of now, Morrone appears to be single, although he was married to a popular stylist Rouba Saadeh, and has two sons named Marcudo Morrone and Brado Morrone. The couple got separated in 2018.

After starring in the film 365 days (2020), he became an international hit, thanks to the controversial erotic thriller’s frequent explicit sex scenes. He has an above-average height of 6’2. In the movie, he portrays the role of a member of the Sicilian Mafia family, named Massimo. He kidnaps a woman named Laura, a sales director played by Anna-Maria Sieklucka, who went on a trip to Sicily to save her relationship with her boyfriend. But little did she know, Massimo was looking for her for five years. And when he finally found her, he held her captive in his big mansion under a lot of security.

He tells her that his father was shot five years ago and she was there on the beach when it happened and she was the last woman he saw until his father was alive. So, after his father’s death he, kept on searching the world for her and finally found her in Sicily. He then gives her an ultimatum of 365 days to fall in love with him, and if she doesn’t, she will be set free. Laura has no choice but to stay with him. She did try to escape a few times but failed and tried not to fall in love with him, but Massimo was a temptation and a very dangerous man. The movie ended with Laura falling in love with him, and with a baby on the way they are the happiest couple ever. But then Laura dies in a devastating car crash in the closing moments of 365 Days.

Then came 365 Days: This Day (2022), which is becoming more of a controversy than a sequel for its fans.

Does Massimo Have A Brother In Real Life?

The sequel added a series of absurd twists to the franchise’s narrative. 365 Days: This Day immediately reveals that Laura’s death at the end of the first part was an absolute fake-out. She is in fact alive and makes a full recovery, sadly she does lose the pregnancy that she never told Massimo about. And this theme of deceit rears its head many times throughout the plot of 365 Days: This Day.

Must read: 10 Most Beautiful Fox News Female Anchors Of All Time

In the sequel, Massimo and Laura get married, but then fight a lot in the marriage. Massimo goes back to his old controlling ways, and Laura sees him getting close to his ex Anna at a party. She then runs off with their gardener named Nacho. However, later Laura learns that it wasn’t Massimo with Anna Afterall, but his identical twin brother, Adriano. So, to clear up any confusion, Michele Morrone does not actually have a twin brother in real life. He portrayed the character of Adriano himself.

Does Massimo Have A Twin Brother?

The guy Laura ran away with was the gardener Nacho, who is actually the son of a mafia don, Don Matos. He along with his father planned the car crash aiming for Laura’s death because he wanted to threaten Massimo. But Massimo refuses to do so which leads to Anna and Adriano taking Laura hostage, which prompts Nacho and Massimo to team up and save her.

In the sequel, it appears that Massimo never really told his wife about his identical twin, which makes it so easier for Adriano to capture Laura.

Adriano is not only allied with Massimo’s ex Anna, but he’s also working with Nacho’s rival mafioso father who wants to make Massimo’s evil twin the head of the family.

Did Massimo Cheat On Laura?

As it turns out it was Massimo’s identical evil twin Adriano in the wedding with Massimo’s ex Anna. So no, Massimo never really cheated on his wife Laura.

Since the day the sequel was released fans have been saying the same things about it on social media. First, there are a lot of sexual scenes, and second: why does it have so many songs?

Tweets reveal that the audience is not much pleased with the way the sequel ended.

One tweet said, “watching 365 days: this day I couldn’t stop laughing. It’s more of a music video than a movie, to be honest”. Another one read “365 days: this day turned out to be the biggest disappointment. There was more music than there was a plot”.

10 Most Expensive Funko Pop Ever!!

Never Have I Ever Season 3: Release Date, Cast, and Much More

Many have called out the film to be cringe and not up to the mark. One tweet reads “365 days: this day was good but the first one was way better”. Though many liked the plot, the introduction of a twin brother was brought into the story.

On the other hand, many tweets from the viewers tell us that they were not pleased with the movie having so many plot twists. One viewer wrote “ok so the sequel was an unnecessary movie. Everything is sex. For an Italian mafia movie, there is no mafia drama in the sequel.”

Though many liked the movie and the soundtracks too.

Many were surprised to see an introduction of a Massimo twin and wondered if the actor does have a twin in real life too. But as we have read earlier, he doesn’t. As the twin character was also played by our attractive main lead, Michele Morrone, it was liked very much.