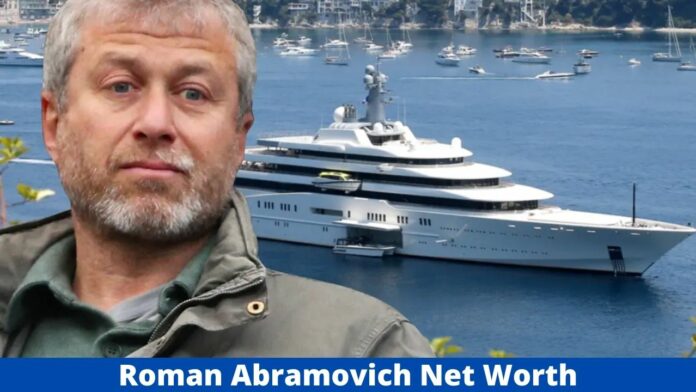 According to Forbes, Abramovich’s net worth is estimated to be over £10.7 billion as of March 2022.

Roman Arkadyevich Abramovich (born 24 October 1966) is a Russian-born businessman, philanthropist, oligarch, and politician. Abramovich is of Russian Jewish ancestry and also holds dual citizenship with Portugal and Israel. Outside of Russia, he is most known as the owner of Chelsea, a Premier League football club based in London, England. He is also the major shareholder in the private investment business Millhouse LLC.

Abramovich amassed wealth in the years following the demise of the Soviet Union in the 1990s by acquiring Russian state-owned enterprises at far below market value through Russia’s contentious loans-for-shares privatization scheme. Abramovich is well-liked by Russian President Vladimir Putin.

Abramovich was one of seven oligarchs sanctioned by the UK government in connection with the Russian invasion of Ukraine in 2022. The sanctions included asset freezes and travel bans.

On 28 March 2022, it was announced that Abramovich had developed symptoms consistent with suspected poisoning on 3 or 4 March while negotiating a peace agreement between the two parties.

According to Forbes, Abramovich had a net worth of US$7.6 billion as of March 2016, ranking him as the world’s 155th wealthiest person. 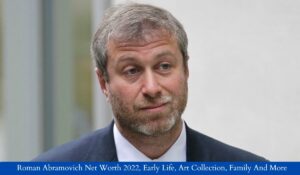 Prior to the 2008 financial crisis, he was regarded as the United Kingdom’s second wealthiest individual.

Early in 2009, The Times reported that he had lost £3 billion of his £11.7 billion fortune due to the global economic crisis. Abramovich sold Highland Gold to Vladislav Sviblov in the summer of 2020. Forbes estimated his net worth at US$14.5 billion on 5 March 2021, placing him 113th on the Forbes 2020 list of billionaires.

Roman Arkadyevich Abramovich was born in Saratov, Russian SFSR, the Soviet Union on 24 October 1966. (present-day Saratov, Russia). His parents were of Ashkenazi Jewish ancestry and he lost track of them when he was a child.

Irina Vasilievna Abramovich (née Mikhailenko; 1939–1967), Abramovich’s mother, was a music instructor who died when he was one year old. Aaron Abramovich Leibovich (1937–1969) was a member of the Komi ASSR’s economic council.

Roman’s maternal grandparents were both born in Ukraine: Vasily Mikhailenko and Faina Borisovna Grutman. In the early days of World War II, Roman’s maternal grandmother escaped Ukraine to Saratov. Irina was three years old at the time. Roman’s paternal grandparents were Belarusian Jews, Nachman Leibovich, and Toybe (Tatyana) Stepanovna Abramovich. They lived in Belarus then, during the revolution, relocated to Taurag, Lithuania with the family name Abramaviius spelled in Lithuanian.

Lithuania was conquered by the Soviet Union (USSR) in 1940. Just prior to Nazi Germany’s invasion of the USSR, the Soviets “purified the anti-Soviet, criminal, and socially harmful element” by deporting entire families to Siberia. When Abramovich’s grandparents were deported, they were kept apart.

The father, mother, and three children – Leib, Abram, and Aron (Arkady) – were all in separate automobiles. Numerous deportees perished in the camps. Among them was Abramovich’s grandfather. Nachman Leibovich died in 1942 at an NKVD camp in the Krasnoyarsk Territory village of Resheti.

Abramovich was raised by relatives after losing both parents before the age of four. He spent the majority of his youth in northern Russia’s Komi Republic. Abramovich serves as Chairman of the Federation of Russian Jewish Communities and is a trustee of the Moscow Jewish Museum.

Abramovich chose to establish a forest of approximately 25,000 new and rehabilitated trees in memory of Lithuania’s Jews who perished in the Holocaust, as well as a virtual memorial and tribute to Lithuanian Jewry (Seed a Memory), which allows people from all over the world to commemorate their ancestors’ personal stories by naming a tree and including it in the memorial.

Roman Abramovich owned the Chelsea football club in 2003. Roman has invested millions of dollars in the club over the years, acquiring expensive players and guiding Chelsea to unprecedented prominence in the modern game. Chelsea F.C. is worth between $1 and $2 billion at the time of this writing.

Roman revealed his intention to sell his ownership interest in Chelsea to a charitable trust on February 26, 2022.

Roman Abramovich is well-known for his opulent personal collection of art. He also sponsors a variety of public exhibits. In 2008, he paid around $86.3 million for a Francis Bacon painting at an auction. He also acquired a Lucian Freud piece for approximately $33.6 million.

Abramovich owns a sizable boat collection and is widely regarded as the world’s largest yacht spender, having amassed a “fleet” of vessels worth hundreds of millions of dollars. He is the current owner of the Eclipse, a $400 million custom-built yacht. 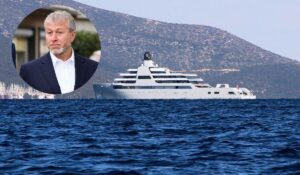 Abramovich previously owned the Pelorus, another spectacular yacht that was gifted to his ex-wife as part of the divorce settlement. The yacht was then sold for $300 million. Prior to the Eclipse, Abramovich had five yachts, including the Luna, which he sold for $360 million.

Roman Abramovich also has a private aircraft fleet. Perhaps his most remarkable aircraft is The Bandit, a Boeing 767-33A/ER. The plane was acquired from Hawaiian Airlines and refurbished and tailored to satisfy Abramovich’s special requirements. The plane is equipped with a 30-seat dining room and luxurious restrooms. Additionally, The Bandit is equipped with advanced missile avoidance technologies similar to those employed by Air Force One.

Abramovich is claimed to have amassed an automobile collection worth more than $11 million. Among his most illustrious automobiles is a 190-mph Ferrari FFX — one of only 29 built. He also owns a Pagani Zonda Roadster, a limited-edition model. Only fifteen were ever made. Roman also owns a Bugatti Veyron, a Mercedes AMG GT3, and an Aston Martin Vulcan.

According to reports, Roman Abramovich owns a real estate portfolio worth more than 340 million pounds. Clearly, there are just too many properties to mention. Having said that, one of his most significant acquisitions is a quartet of adjacent mansions on Manhattan’s Upper East Side. 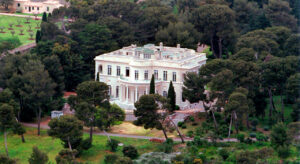 Abramovich paid $74 million to buy the four properties and intends to combine them into a single structure nicknamed an “urban castle” by the media. Renovation expenditures were estimated to exceed $100 million, which was the purchase price of the properties.

Another noteworthy property in his portfolio is a former hotel on the French Riviera’s Cote d’Azur. Abramovich paid just over 17 million pounds for the 12-bedroom building. The billionaire intends to utilize the hotel as a personal retreat.

The Royal Family used to stay at the hotel. Between 2006 and 2007, Abramovich devalued the property, prompting a European court to force him to pay 1.2 million Euros in additional property taxes. Abramovich also has a colossal 125 million-pound house in Kensington Palace Gardens, London. Another London home for 30 million pounds includes a three-story waterfront penthouse in Chelsea.

In 2020, Abramovich was rumored to have spent $65 million on a sprawling property in Israel. The acquisition shattered multiple Israeli real estate records since it was the country’s largest residential real estate transaction to date. Abramovich settled for a 200-acre, $18 million ski ranch in 2008 after wanting to purchase an entire ski town in Colorado. Additionally, the Russian millionaire paid $5.6 million for an entire adjoining ski slope.

The list could go on and on. Abramovich’s real estate holdings also include a 54 million pound estate in St. Bart’s. Then there’s the Tel-Aviv hotel that Abramovich purchased from Gal Gadot and her husband for $17 million. When he divorced his second wife, he was obliged to relinquish his 18 million pound estate in West Sussex. This is only a partial list of Abramovich’s most illustrious properties; there are many more.

Roman Abramovich owns shares in steel company Evraz, Norilsk Nickel, and the lion’s share of the Chelsea FC soccer team in the United Kingdom. He owns the world’s second-largest yacht, the 533-foot Eclipse, which he purchased in 2010 for approximately $400 million.

How did Roman Abramovich become rich?

He is a shareholder in Norilsk Nickel, the world’s largest refiner of nickel, and the Chelsea Football Club in London. He amassed his fortune through dividends and sales of privatized Soviet-era companies, including Sibneft and Aeroflot.