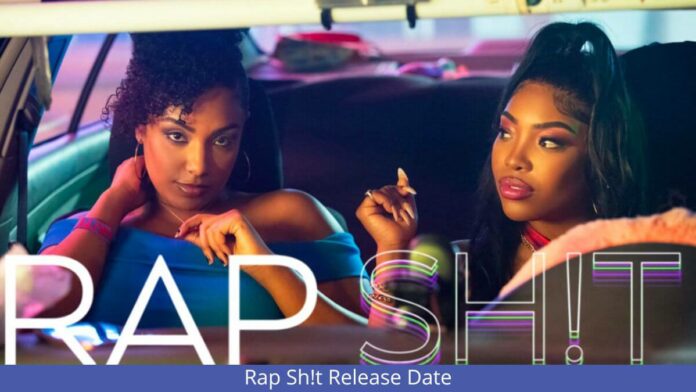 HBO Max is one of the top subscription-driven OTT platforms that churns out the most original content under Max Originals. Every week there is an original that plans to catch the attention of the original movie lovers. HBO Max also showcases podcasts. And the latest to join the bandwagon is Rap sh!t. Issa Rae is back with a bang and in style, not as an actress but as the executive producer of the show Rap sh!t. This is an upcoming comedy show, which will be aired on HBO Max. The show already made its debut at the American Black Film Festival, a month back. It was released on the OTT platform on July 21.

The series has supposedly aired eight episodes, one every week, with the final deadline being set on September 1. There are others who are backing the show, with their expertise, including Jonathan Berry, Montreal McKay, Syreeta Singleton, Dave Becky, and Deniese Davis, as executive producers. Issa Rae has also written the premiere episode, which went to air on July 21. She also happens to have co-written the final episode with Syreeta.

The storyline seems to be quite engaging, and HBO Max will surely keep its reputation. All those who are inquisitive about the storyline get a sneak peek into the same. The series Rap Sh!t mainly focuses on the relationship of two long-lost high school friends. The storyline revolves around Shawna and Mia. Both friends come together after a long hiatus to form a rap band. Viewers get to witness their successful journey and also the ups and downs faced by musicians in the industry. The announcement of the show comes on the heels of the finale of Rae’s successfully running series, Insecure which ended last year. Rae seems to have made a fine move to move on to more exciting ventures, and this show seems to be one of them.

The cast of Rap Sh!t has a heady mix of actors in lead roles. There are actors, comedians, and real rappers. Now, many out there must be wondering who these two ladies in lead roles will be reprised by. So, the cat is out of the bag now.

According to Rae, one of the executive producers of the show, there is a lot of real-life inspiration for the show. Megan Thee Stallion and Cardi B happen to be the real-life rappers who may have charged Rae, to go for it as the brain behind the series. In a recent interview, Rae pointed out how social media played a huge role in the success of the two rap stars. The series, Rap Sh!t will definitely have some of that, in the form of social media playing a huge role in the success of the leading ladies. Instagram and live streaming platforms also play a huge role in the life of the characters, Shawna and Mia.

When Issa Rae, had announced the completion of her hit series, insecure, fans were bewildered and got emotional. Now, it is time for all those fans to celebrate, as Issa Rae is back, but as executive producer on the show.

For the unversed, Issa Rae has been fighting racialism, in a subtle way, by including black characters as protagonists in her shows and series. She has already won TIME’s 100 most influential people, and her last show also got nominated for the Golden Globe and Emmys. Now, she is riding high on success and plans to emulate the same success through none other than Rap sh!t.

The famous show American Horror Story has had 10 successful seasons up until now that have kept the audience entertained and engrossed. In the year 2020, the show was revived for three more seasons out of which the 11th...
Series

Godfather of Harlem is a tv series that revolves around a crime boss in the 1960s setting who finds his city in a ruined state after he returns to it from jail. 11 years away has caused the city...
Series

The Sinner is a series that managed to attract a huge audience because of its extremely intriguing and captivating storyline. The series has released 4 successful seasons out of which the latest The Sinner Season 4 is going to...