Joey Defrancesco, the munificent Jazz Organist, saxophonist, and trumpeter of America died on...
HomeSeriesOnly Murders In...

Only Murders In The Building Season 2 Release Date, Cast, Plot, And Trailer 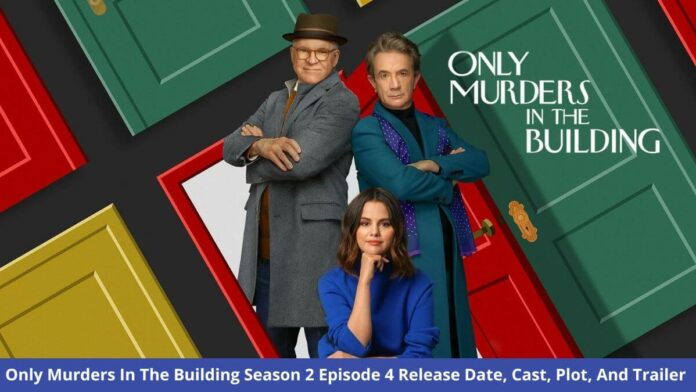 Only Murders In The Building is set to hit and is airing on Hulu and Disney+ with its all-new season 2 episodes. The series started streaming on June 28, 2022.

The very new season gives the viewers a good start right from where season one ended up. A murder of a person named Bunny was made, and three came under the suspect’s list – Mabel (Selena Gomez), Oliver (Martin Short), and Charles (Steve Martin). Now, it has come to the suspect’s side to prove their innocence and find out who is the real suspect that committed the crime. They are doubting one another, and figuring out who is the real suspect will be a bit tricky task for them. Season 2 is all a mystery with enough insane kinds of stuff that will surely turn the head of the audience around.

What Is ‘Only Murders In The Building’ About?

Steve Martin and John Hoffman together made this blockbuster series which is all happening around three Manhattan neighbors who hold a deep passion for crime stories.

The murder happened at the Upper West Side apartment building, and the three got into some serious detective jobs to find out the one who have committed the crime. To keep the records of their own investigation, the trio, who are the suspects, Keep track of their works and record true-crime podcasts of their findings.

The first season of Only Murders In The Building, was on air in 2021. It was a real hit and made many audiences be on the side of the series, and it even made a massive fan collection.

Season 1 rolled back by unwrapping the identity of Kono’s murderer, which was investigated and brought up to the light by three quirky crime solvers. But they soon got arrested for suspecting the demise of Bunny Folger, who is the board president of the Arconia apartment building.

In the new season, what the murders are unchaining is all a mystery that will come to know once diving into the Only Murders in the Build Season 2.

Disney has already released Season 2 of Only Murders In The Building on Disney+ and is streaming across the globe. The show was aired in Ireland, the UK, Australia, Canada, and much more regions where the first two episodes were released on June 28th Tuesday. And the new episodes got dropped through Tuesday, August 23.

On Hulu and Disney+, episode 4 of season 2 got released at the following times:

The die-heart fans of ‘Only Murders In The Building’ have no need to get tensed or too alarmed if you can’t see the new episodes on time. It may take a few more times for the episodes to drop for everyone.

Only Murders In The Building Season 2 Episode 4 Cast

The main stars that stole your hearts are coming back to season 2, and for this time, they are all packed with more energy to deliver a great performance that will surely impress the fans and the audience by all means.

Only Murders In The Building Seasons

The series goes in a line following the three strangers, the trio, who has stepped forward to find out the true person who had done the crime, but accidentally finds themselves to get trapped in one. Right after an unexpected murder occurs inside the Upper West Side apartment building, the trio who are the suspects get themselves into investigating the get a clear picture of what happened and who did the crime. All three get exposed to lies, and soon they realize that one among the trio is a killer. The truth gets dug out before it’s too late.

Only murders in the building season 2 trailer

Only Murders In The Building Season 2 Episode 4 Plot

In a very similar way, the fans and audience can surely see interesting twists and deadly shenanigans. From the official synopsis for season 2, it’s clear that right after following the shocking, unexpected death of Bunny Folger, the Arconia board president, the trio – Charles, Oliver, and Mabel put themselves into the murder case to find out the real suspect. But, unfortunately, the trio gets subjected to the suspects and they try hard to deal with the group of neighbors in New York who think that the murder was committed by the trio.

The Only Murders In The Building – Season 2, Episode 4 is all set to spread its wings high just as they did in Season 1. Now, wait for the show to be on air and watch to find out the cunning real killer.

An upcoming film titled Empire of Light has already made its premiere at the Telluride Film Festival and is all set to be released in the theatres soon. The movie is a love story that takes place in the...
News

With her seafaring journey, Miss Hawaii USA 2022, Kiana Yamat has clearly garnered tabloid attention, and with her enigmatic beauty, she is gearing up to make millions of jaws drop this year. Kiana Yamat, along with other participants of Miss...
News

Margot Robbie and Cara Delevingne are two big names in Hollywood who make headlines now and then. Both the Hollywood A-listers have made the headlines again as they were reported to be at the center of a fight that...