The much-awaited volume 2 of Stranger Things Season 4 is releasing today on...
HomeEntertainmentPersuasion 2022 Release...

Persuasion 2022 Release Date, Cast, And Trailer!!! Is Persuasion On Netflix Yet? 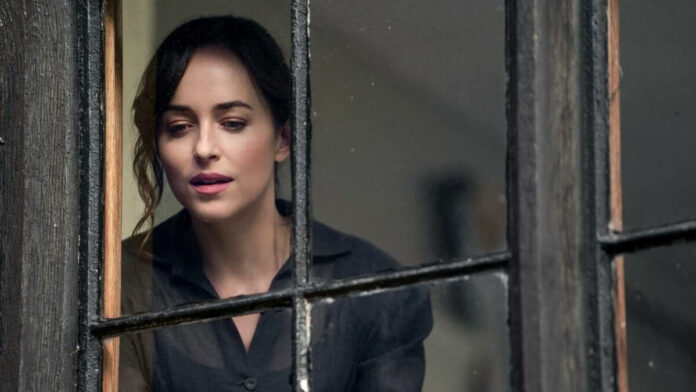 Persuasion may not be as well-known as some of Jane Austen’s other well-known books, such as Pride and Prejudice, but it was the renowned British author’s final totally finished work, and over the years, there have been a number of film and television adaptations of it. On July 15, 2022, Persuasion will be made available to stream globally on Netflix after premiering in theatres on July 8 of that year. So be ready for this summer’s best-period drama action.

Now that Netflix is in charge of adapting Miss Austen’s final book into a breathtaking period drama, who would bet against the tech giant following the latest popularity of Bridgerton, a Regency-era drama?  With Dakota Johnson as Anne Elliot, Henry Golding playing Mr. Elliot, and Richard E Grant playing Anne’s father Sir Walter Elliot, they have some major talent in the cast of this movie.

So, here’s everything you should know about this Persuasion Netflix adaptation:

On July 15, 2022, Persuasion will be made available to stream globally on Netflix after premiering in theatres on July 8 of that year. So be ready for this summer’s best-period drama action.

Is There A Persuasion Trailer From Netflix?

Yes, Netflix has just released the Persuasion trailer, and it is every bit as gorgeous as you’d hope a Jane Austen movie would be! It is really exquisite.

In Persuasion, Anne Elliot is a single 27-year-old lady in the early 19th century who appears to have scant love possibilities — keep in mind, if you didn’t have such a ring on your finger by 21, you were probably on the shelf and going for spinsterhood back then.

Her snooty family, who were about to go bankrupt, didn’t really get her. The naval officer Anne was rejected eight years prior, Captain Frederick Wentworth then arrives back in town. He’s quite handsome and she’s still unmarried, so could love possibly rekindle?

The Cast of Persuasion On Netflix— Dakota Johnson As Anne Elliot

Dakota, the child of stars Don Johnson and Melanie Griffith, had her acting debut in Crazy In Alabama in 1999.

She later appeared as the lead there in Fifty Shades of Grey movies and the love story How to Be Single. She starred in the touching Netflix movie The Peanut Butter Falcon in 2019.

Cosmo Jarvis portrays the handsome naval officer Frederick Wentworth, a former lover of Anne Elliot who is back in town. This British actress, best known for the film Lady Macbeth, also starred in Spooks: The Greater Good in 2015.

Cast of Persuasion On Netflix— Henry Golding As Mr. Elliot

Henry Golding explains that the part of Mr. Elliot was “simply too delicious to say no to—such he’s a nasty, naughty spanner in the works.” You can just let free with it all knowing that you won’t get the girl. He’s such a terrific character because you never know what he’s thinking or what drives him—he changes his mind at any time. I was enjoying it.

Henry Golding, who is best known for his roles in the blockbuster comedies Crazy Rich Asians and A Simple Favor, is likely acting against type here.

The famous Royal Crescent in Bath, popularly used in the 1968 film Oliver! for the Who Will Buy? sequence, was the site of many scenes during the summer of 2021 during the filming of Persuasion, which started in the UK. It’s just ideal for a setting from the Regency era.