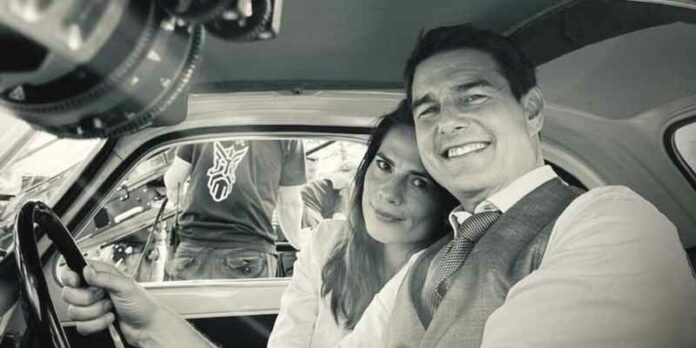 Another Break Up is one the line and is impacting the fans of Tom Cruise a lot. It is about another rumor of breaking up with the Mission Impossible co-star. Although the recent reports are telling that the actor is very busy at present with the launch of his upcoming movie Top Gun: Maverick. However, the news of his personal life is also affecting the audience a lot. It seems that everything is not normal in the actor’s love life.

To delve deep into the romantic life of Cruise, you need to go through this content. It seems that he is going for a split with his girlfriend Hayley Atwell. The details are here to give you an idea about the private affairs of Tom Cruise and how everything is going on in his life at present.

Internal sources have confirmed the relationship of Tom Cruise with Hayley Atwell. The actress worked with him for the first time in Mission Impossible 7 from where their love started brewing. However, the fans witnessed several instances of breakups in this short period. But the actors were never ready to share their internal disturbances in public. Instead, after only a few days of such negative reports, they seem to be deeply in love with each other.

Everybody saw the couple together at the premiere of Maverick. However, the news of their split is already spreading in the air. The first break-up news came in September and as per the consequences, it seems that the coming is thus declaring an official end after one year of togetherness. This is the second break-up that the two suffered this year.

The media is telling us that this time the split is a serious one and the two have permanently called it off. However, to some reliable insiders, they never pretended to be lovers in front of the cameras. Instead, their love was genuine and they cared for each other.

It is thus unfortunate that such a loving couple is ending their beautiful relationship. Although the Marvel actress attended the premiere show of their movie together, the same care and feeling do not exist now.

Great Chemistry Between Cruise And Atwell

Atwell is a famous face in most Marvel movies. Her superb performance touched the hearts within a short time and now the world recognizes Hayley as one of the finest actresses, especially for the Marvel studio films. Her on-screen chemistry with the all-time heartthrob of Hollywood, Tom Cruise, impressed the viewers a lot. Hence, they want more of their on-screen romances and fabulous antics.

It was a great time for the fans as they came to know that their favorite reel-life couple is dating each other in real life also. They indeed looked cute together and even did not hesitate to share some lovey-dovey moments with the fans. Moreover, the Instagram handle also contains multiple interesting pictures of the two making it more obvious how much love they have for each other. But everything seems to be a temporary liking as the two parted ways very soon.

It has been only a year and without any hints, Tom and Hayley ended their relationship permanently. Their chemistry was indeed awesome off-screen also. Hence, they did not bother much after the temporary break-up last year. The two understood each other a lot and so decided to give another chance to their bonding. But destiny’s plans can be different than what men think. In the end, the couple could not save their wonderful bond despite being so friendly and having amazing chemistry.

What Did The Sources Say?

From the reports, it is pretty clear that for Atwell, not all was well with being in a serious relationship with Tom. Of course, they were superb when they were indoors. But when they were out, things changed drastically. Their independent opinions clashed most of the time disturbing the relationship greatly. The dazzling chemistry was not fruitful in reality. So, both Cruise and Atwell decide to part their ways permanently without having any grudge against each other.

Moreover, the sources also suggest that the duo is very much into talking terms and find that their friendship is incredible. Hence, instead of being life partners, it will be better to remain friends forever. Some bonds are better when two partners stay apart from each other. Not every good bonding ends up being a romantic affair.

Some are true friendships also giving more chances to live to lead brilliantly without any unnecessary hassle. In the case of Atwell and Cruise also, the feelings were very strong. However, due to some unavoidable reasons, they may not be good partners. The two are still appreciated for the on-screen bond and will soon mesmerize the audience with their performances in parts 7 and 8 of Mission Impossible.