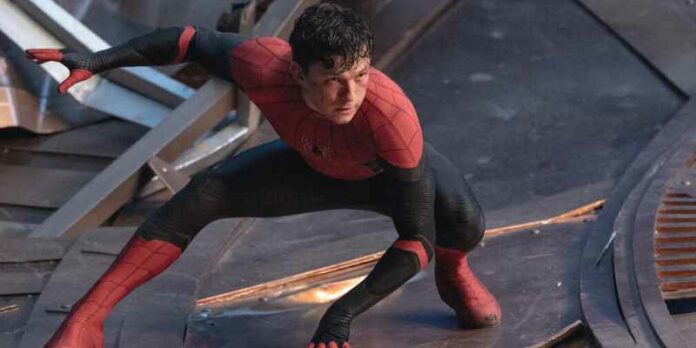 This September let your excitement level reach its height with the arrival of the Spider-Man. Yes, you heard that right as your favorite superhero is again going to hit the theaters this year. Since the very first movie, Spider-Man has always been a winner of so many hearts. Ending the wait for hundreds of Spider-Man lovers, the makers are now ready to bring the new movie into this series. The official title of the upcoming film is Spider-Man: No Way Home. As the superhero comes swinging again to your city, your enthusiasm level will rise immensely.

However, you can be astonished to hear the same name as you have already watched the movie last year. But this time, you will find out several deleted scenes which were missed in the previous movie. The revamped version will undoubtedly provide you with incredible happiness.

Please read the content to know about the film, its cast, and the fabulous storyline that you are going to watch. As you delve deeper into the world of fantasy, various new characters will fascinate you more. Here are the amazing sequences you will witness in the Spider-Man movie.

Facts And Plot Of The New Spider-Man Movie: ‘Spider-Man: No Way Home’ Soon To Be In Theaters

The Theaters will soon show the new adventures of Spider-Man in September. Furthermore, this time, the scenes will be an extension of the last movie of Spider-Man: No Way Home, which ended 2021 brilliantly. Hence, expect some mind-blowing sequences with the progress of the story. The movie will hit the big screens on 2nd September. It is also Labor Day. The show will be released simultaneously in both Canada as well as the United States.

The Instagram page of SpiderManMovie recently posted an amazing post declaring the advent of Spidey. Moreover, the swinging will take place with all the new vigor in this plot. Apart from the Americans and Canadians, the citizens of the other two countries will also catch the new movie on the same day. However, the names of those two countries are yet to be announced.

Cast And Crew Of No Way Home

Tobey Maguire succeeded in playing the role of Spider-Man and Peter Parker with equal expertise. The audience loved him immensely in both the characters. The biggest curiosity for the new movie must be the name of the lead artist. In Spider-Man: No Way Home, you will get surprise entries by Tobey Maguire also. However, you will also get to watch the lovely performances of Andrew Garfield. Among the grossing of the movies, this film was the third-highest as per the records of last year.

The primary cast of the movie includes;-

You will be able to book the tickets for the upcoming movie from 9th August onwards, that is Tuesday. After releasing in the USA, the film will soon hit theaters in several other countries also. This movie will be a great treat just before Christmas. This time, Tom Holland will play the role of Spider-Man. So, it can be a setback for the Tobey Maguire fans.

But the presence of the actor is confirmed by the production team. Although the character’s name is still a secret, his name is enough to attract more audiences to the movie.

No Way Home is the sequel to the previous movie Far From Home. It was a tremendous hit at the box office in 2021. The journey definitely was beautiful throughout the movie. However, it was indeed a celebrated concept and it marked a great impact on the minds of beautiful songs.

Beginning Of A Great Story

The 20-year-old song of the Tobey Maguire starrer Spider-Man series remains in the minds of the people till today. Moreover, the most interesting thing is Peter Parker will complete 60 years this August. This character debuted in 1962 and since then captured a permanent place in the readers’ hearts of Spider-Man comics. After the makers decided to make movies on the same, the popularity rose at a rapid speed.

2022 will mark a glorious collaboration of Marvel and Sony to present a fabulous movie of The Spider-Man series. So, your Labor Day will begin with multiple surprises indeed. The second run for the theatrical release is exciting news for all the Spidey fanatics. If you also belong to the same group, please look for the tickets today. Book them quickly before all the seats are taken. The two years of lockdown made the entertainment industry stagnant for a considerable time. However, now with an extension in 2021, the makers are hopeful that their efforts will bring color.

If you are also willing to catch the movie again with all the extensions, do not forget to call your friends also. The fantastic idea will make your weekends plan superb with the adventurous scenes of Spidey. Check out the drama, music, fights, and romance once again, along with some special sequences which you could not watch before. The Comeback will genuinely be a grand one.